The small Ulster (Northern Ireland) pro-unionist party that Theresa May relies on to sustain her minority government has made clear it would support Boris Johnson as the next Prime Minister, with the party leader praising the former foreign secretary for his “positive” views on Brexit.

Arlene Foster, the leader of the Democratic Unionist Party (DUP) which provides the 10 members of Parliament that Theresa May’s minority Conservatives needs to push it over the 325 mark to govern has spoken approvingly of Boris Johnson and made clear her agreement is with the party itself, not May personally.

The Ulster politician also spoke approvingly of Boris Johnson, widely seen as moving against Theresa May and her soft Brexit vision, in remarks made ahead of Johnson’s conference speech Tuesday. 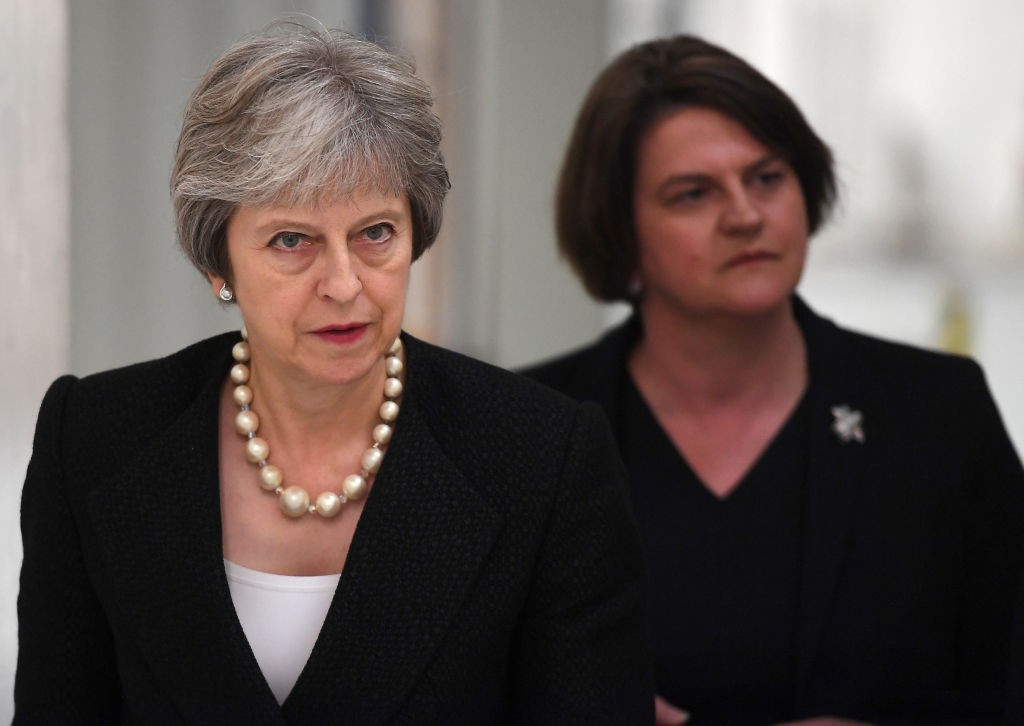 Britain’s Daily Telegraph newspaper, the nation’s last broadsheet and the paper traditionally most closely associated with the Conservative party reported that Foster had praised Boris Johnson’s positive views, as well as her criticism of those within the governing party that remained committed to keeping Britain in the European Union against the wishes of the British people.

“I do get very frustrated about some people in the Conservative Party. Look, it’s happening, so therefore let’s make it as good as we possibly can, instead of all of this talk about a people’s vote.

“I think people want that hope, they want to be positive. I think the reason why so many people are turned off by Brexit is because they are being fed a diet of negativity – whether it’s infighting, Brussels, being disrespected by people over there.”

While being careful not to directly compare the Prime Minister and Boris Johnson, the DUP leader made clear she was disappointed by the overwhelming negativity, and that she wanted to see more belief and spirit in Brexit negotiations.

Perhaps most telling was Foster’s remarks on the nature of the governing agreement that sees her members of parliament support the Conservative party in key votes, a fragile arrangement which if suspended could see the government fall quickly.

Emphasising that she was free to work with any Conservative leader and owed no loyalty to May herself, Foster told the paper:

“Our confidence arrangement is with the Conservative Party. It was signed by the two chief whips. It is a party-to-party agreement.

“Whoever leads the Conservative Party we will work with as it’s in the national interest. The reason we signed the agreement was to ensure Brexit.”

Boris Johnson, who resigned from May’s cabinet in July over the form of her soft-Brexit project commonly known as the Chequers plan, has been a luke-warm Brexiteer in the past but has clearly seized upon it of late, in doing so clearly differentiating himself from the May government. In his resignation statement to the house, Johnson said it was not too late to save Brexit, and that May’s plan would amount to a Brexit in name only.

He is likely to repeat those themes Tuesday at his hotly anticipated conference speech, where he will address a fringe gathering of an estimated 1,000 pro-Conservative Tories. This speech, more than any other move by Johnson so far will be seen as a direct challenge to the Prime Minister, and a manifesto for an alternative government, and is expected to play on traditional Conservative themes including national sovereignty through Brexitand cutting taxes.