Sweden’s Left Party leader Jonas Sjöstedt has declared that he and his party would see any potential coalition deal between the Moderates and the populist Sweden Democrats (SD) as a “declaration of war”.

Mr Sjöstedt, who has been chairman of the Left Party since 2012, made the comments to warn Moderate party leader Ulf Kristersson who is seen as the most likely to be able to form a new government, Nyheter Idag reports. 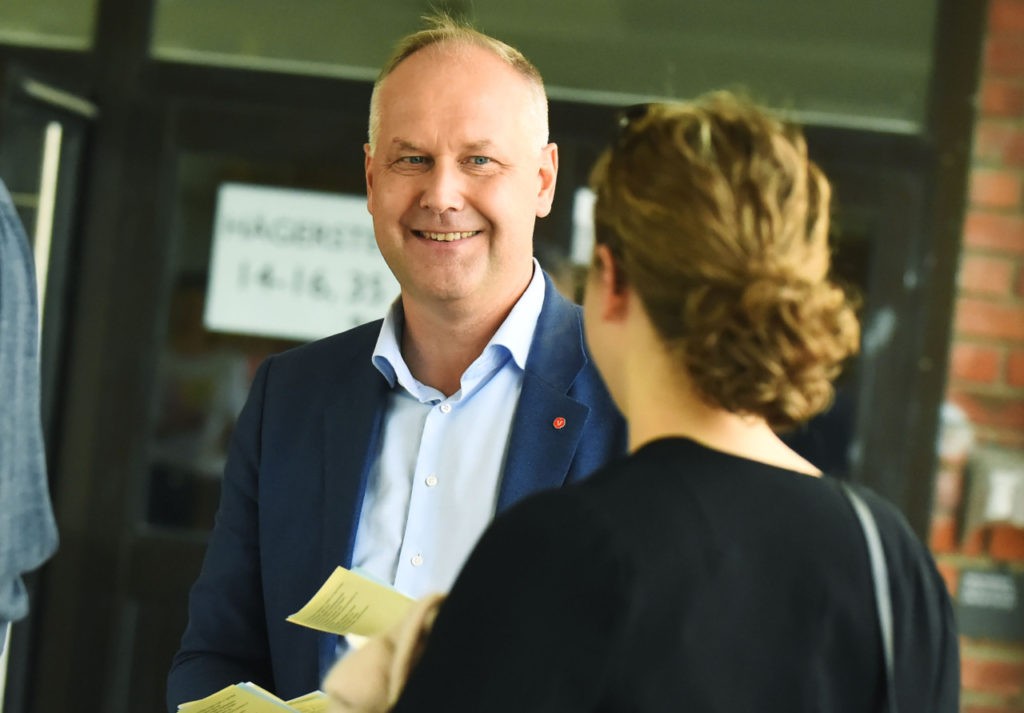 Speaking at a press conference, Kristersson noted that the four parties that make up the Alliance coalition, the Moderates, Liberals, Centre Party, and Christian Democrats, would not be forming a government, fueling speculation over potential talks with the populist Sweden Democrats which won 17.5 percent of the vote at the election.

Commenting on the possibility of the populists entering a coalition government, Sjöstedt said: “We will see it as a pure declaration of war if such a government would come about, and we would aim to cast it aside.”

The comments from the far-left leader, whose party picked up an additional seven seats in the polls, come after several violent attacks by far-left extremists on Sweden Democrats both before and after the election.

In one case, a Sweden Democrats campaign tent was set on fire by black-clad individuals in Gothenburg, destroying election materials. Shortly after the election, unknown individuals attempted to set fire to the home of an SD municipal politician.

To date, no serious deals have been made in forming a new coalition government in Sweden. While Moderates leader Kristersson has so far ruled out cooperation with the populists, a survey of politicians within the party showed a majority were willing to engage in talks.

SD leader Jimmie Åkesson went a step further last week offering to resign if it would help make a coalition deal a reality.