The Ukrainian president will ask his parliament to consider enacting martial law after three Ukrainian navy ships were fired upon and captured in the Black Sea on Sunday.

The incident followed a day of high tension and took place near the Crimean Peninsula, a site of historic tensions between the two countries. Russia has blamed Ukraine for starting the clash, which saw ships ramming each other, shots fired, and boardings launched.

Two crewmen of the Ukranian navy are understood to be injured and two gunboats and a tugboat are in the hands of the Russian secret service, known as the FSB, who accuse the ships of violating Russian territorial waters. A 2003 treaty declares the water a shared space between Russia and Ukraine.

Russia claimed to have “irrefutable evidence that Kiev prepared and orchestrated provocations … in the Black Sea. These materials will soon be made public” on Monday.

#NATO is closely monitoring developments in the #AzovSea & #KerchStrait, & we are in contact with the #Ukrainian authorities. We call for restraint & de-escalation. Read my full statement: pic.twitter.com/DDtfvNLa4K 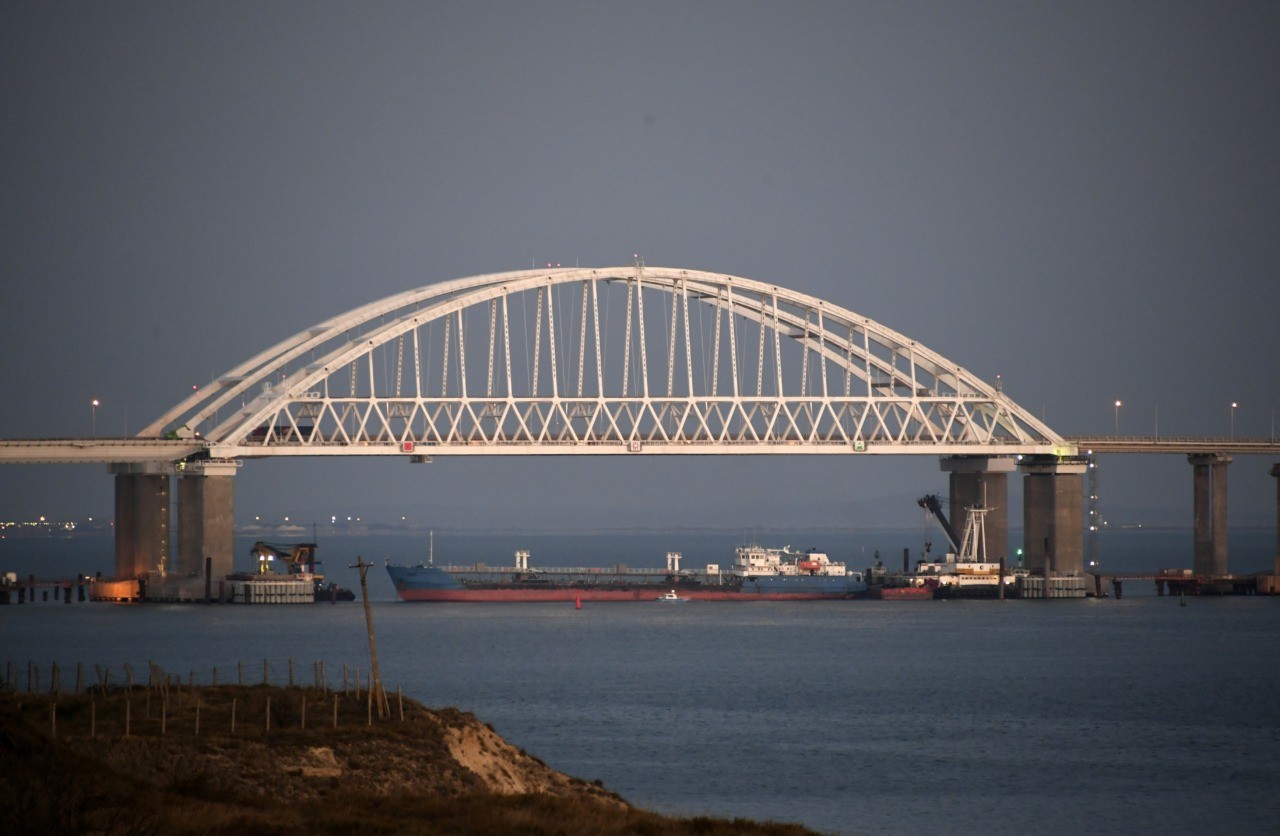 Earlier in the day, a Russian flagged merchant ship was used to block the narrow Kerch Straight, a strategic waterway leading between the Black Sea and the Sea of Azov. The waterway is of economic importance to Ukraine and keeping it closed in the long term would amount to an economic blockade of the country, the Associated Press reports.

Russia blames Ukraine for causing the incidents and waging a campaign to increase tensions in the region, and Ukraine has made their own accusations of open aggression on Russia’s behalf in turn.

Russian military aircraft including helicopters and Frogfoot ground attack aircraft were photographed patrolling the skies around the area throughout the day.

The incidents were followed by protests outside the Russian embassy in the Ukrainian capital Kiev, which saw activists placing paper boats on the steps of the building and setting off smoke bombs. 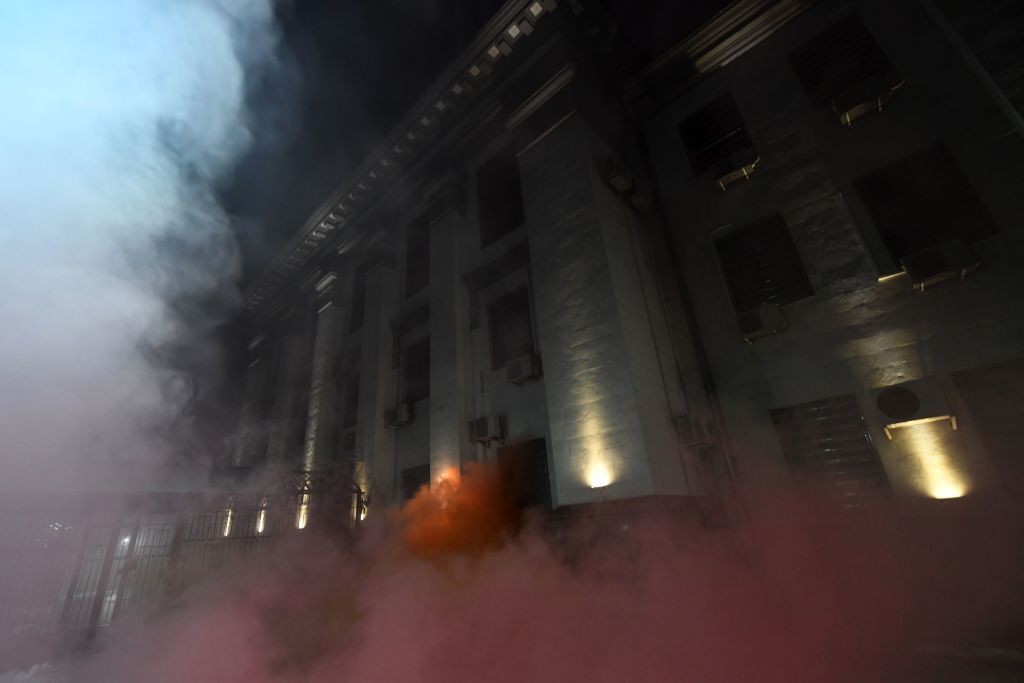 Smoke from a flare thrown by protesters is seen in front of the Russian Embassy in Kiev late on November 25, 2018 / SERGEI SUPINSKY/AFP/Getty Images

Ukraine’s President Petro Poroshenko called a meeting of his war cabinet and said in the early hours of Monday morning that he would ask Parliament to consider enacting martial law, which would have the effect of curtailing freedoms and putting the nation on a war footing.

The European Union, which has been heavily involved in Ukraine during its period of rapid destabilisation called on both parties to “act with utmost restraint to de-escalate” the situation. A NATO spokesman said: “We call on Russia to ensure unhindered access to Ukrainian ports in the Azov Sea, in accordance with international law.”