The progressive president of France Emmanuel Macron has threatened to veto the European Union-South American trade deal if Brazil’s president-elect Jair Bolsonaro pulls out of the Paris Climate Agreement.

“There has been a major political shift in Brazil recently, so Mercosur has to consider the impact of this change,” Macron said at a joint press conference with Argentinian President Mauricio Macri Thursday after arriving in Buenos Aires ahead of the G20 summit.

“From the French side, I do not agree with signing broad trade agreements with countries that do not respect the Paris agreement,” the French president added, according to the Financial Times.

The “broad trade” agreement between the EU and the Latin American trade bloc Mercosur — whose full members are Argentina, Brazil, Paraguay, and Uruguay — has been 17 years in the making, and any one of the 28 (soon to be 27 after Brexit day) EU members can veto the deal. 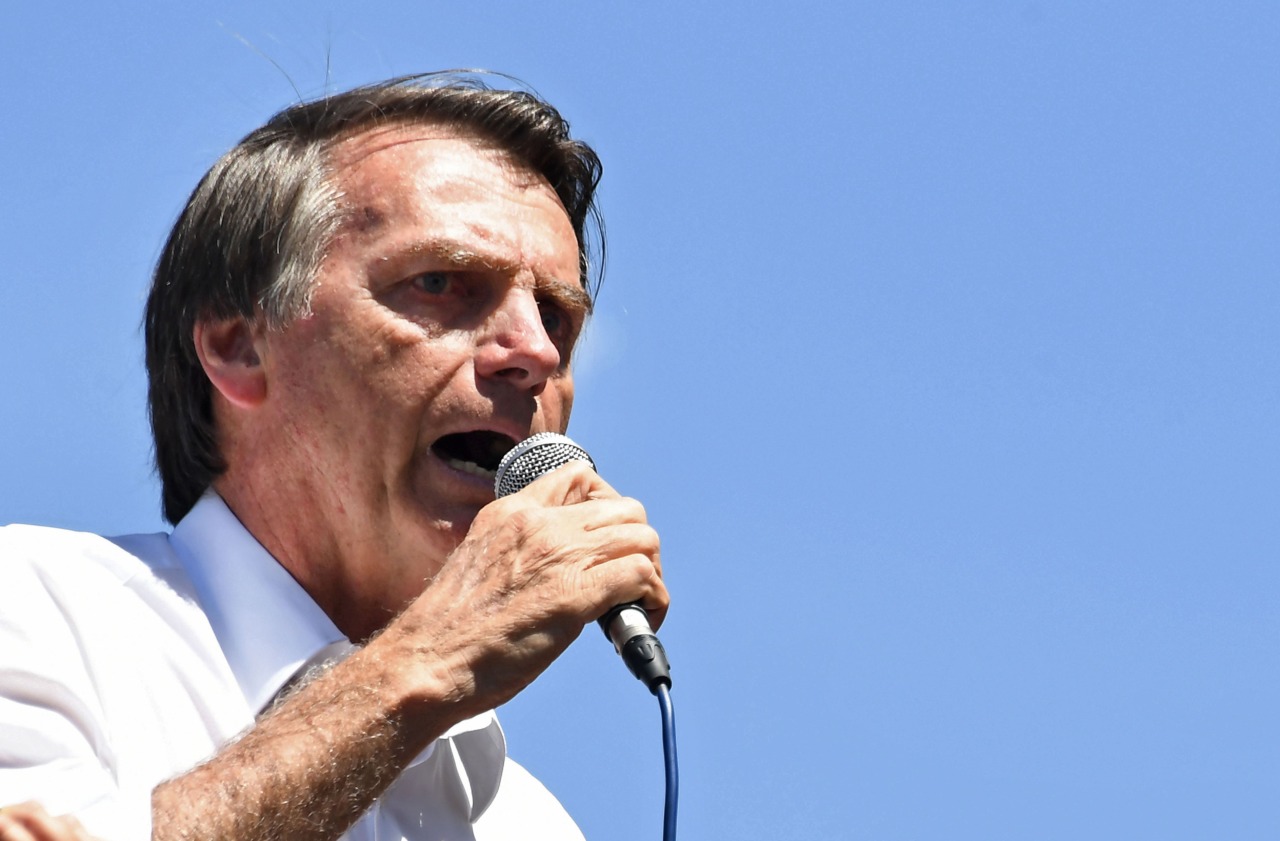 Brazilian right-wing presidential candidate Jair Bolsonaro speaks during a campaign rally in the district of Ceilandia in Brasilia, on September 5, 2018. (Photo by EVARISTO SA/AFP/Getty Images)

In August, the right-wing then-presidential candidate Bolsonaro said that he would follow U.S. President Donald Trump and pull out of the Paris climate deal, but his current position is currently reportedly unclear.

“Today, the economy is almost back on track thanks to agribusiness and they are suffocated by environmental questions,” he added.

“This dogma has been used to justify increasing the regulatory power of states over the economy and the power of international institutions on the nation states and their populations, as well as to stifle economic growth in democratic capitalist countries and to promote the growth of China,” Mr Araujo wrote in a blog post in October.

Macron has caused upset in his country over his zealous adherence to the climate change agenda, with Yellow Jacket protesters blocking the streets of France in action over the past two weeks against taxes-hikes on fuel which hurt the working classes and those outside of metropolitan areas the most.

Despite public support hovering around 25 per cent, the French president has publicly scolded protesters and vowed “no retreat” on his globalist, progressive reforms, including further fuel tax rises in the new year.