BERLIN (AP) – Vandals have attacked the Brazilian embassy in Berlin, damaging some windows with stones and covering others with red paint.

German police said at least four unidentified suspects were involved in the attack at about 1 a.m. Friday on the downtown building.

Tall windows in the front of the building were splattered with paint and 16 windows at the side were damaged with stones.

It was not clear whether the attack was linked to the recent election of far-right President Jair Bolsonaro but police are treating it as a possibly politically motivated crime. 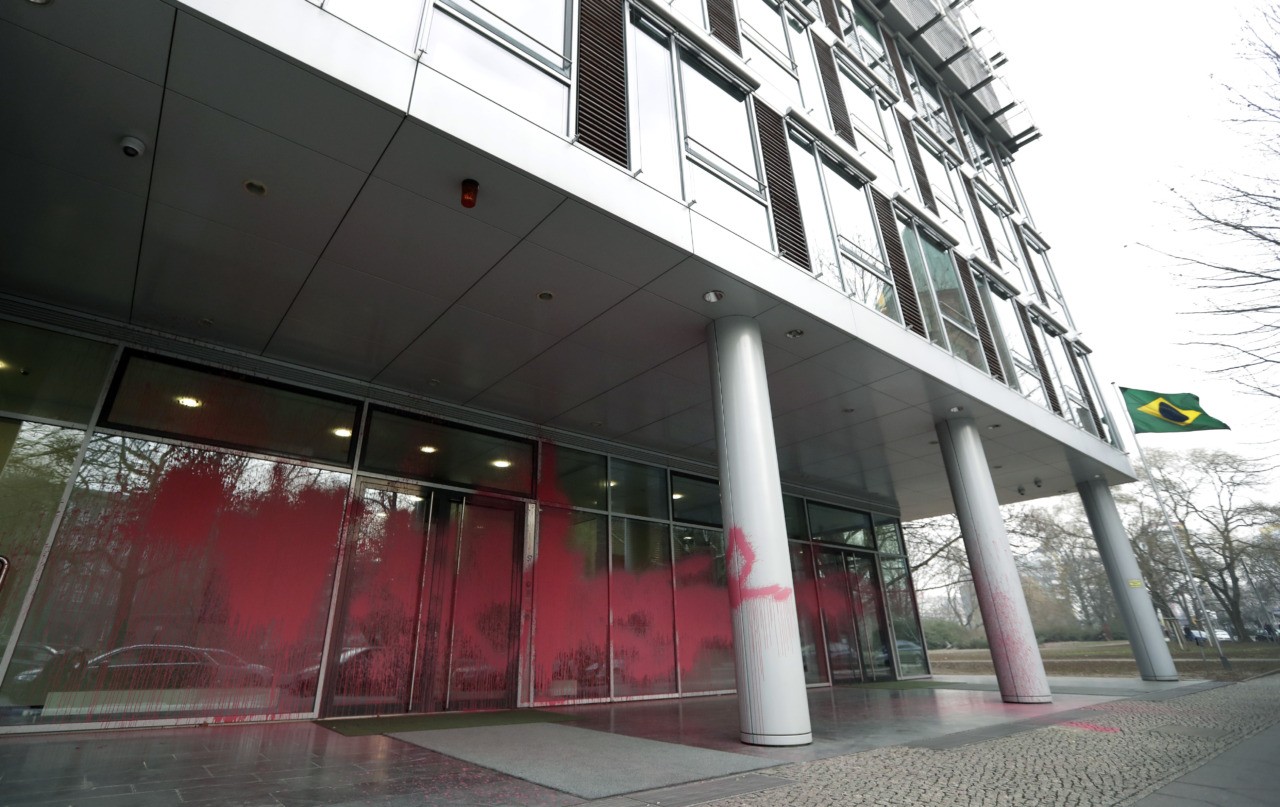 The entrance of the embassy of Brazil is covered with red color after unknown persons threw paint at the building in Germany in Berlin, Germany, Friday, Feb. 1, 2019. (AP Photo/Michael Sohn)