More than one-third of Britons believe that there is a “fundamental clash” between Islam and British values.

The findings were revealed by a YouGov survey conducted in advance of a meeting between the Pope Francis and the Grand Imam of al-Azhar on Monday and Shaikh Ahmed Mohammad al-Tayeb on Tuesday in Abu Dhabi.

Other world religions fared better in terms of perceived compatibility with British values, with a separate survey by YouGov finding only six per cent of British respondents perceived a values clash with Buddhism, while just eight per cent said the same for both Hinduism and Sikhism. 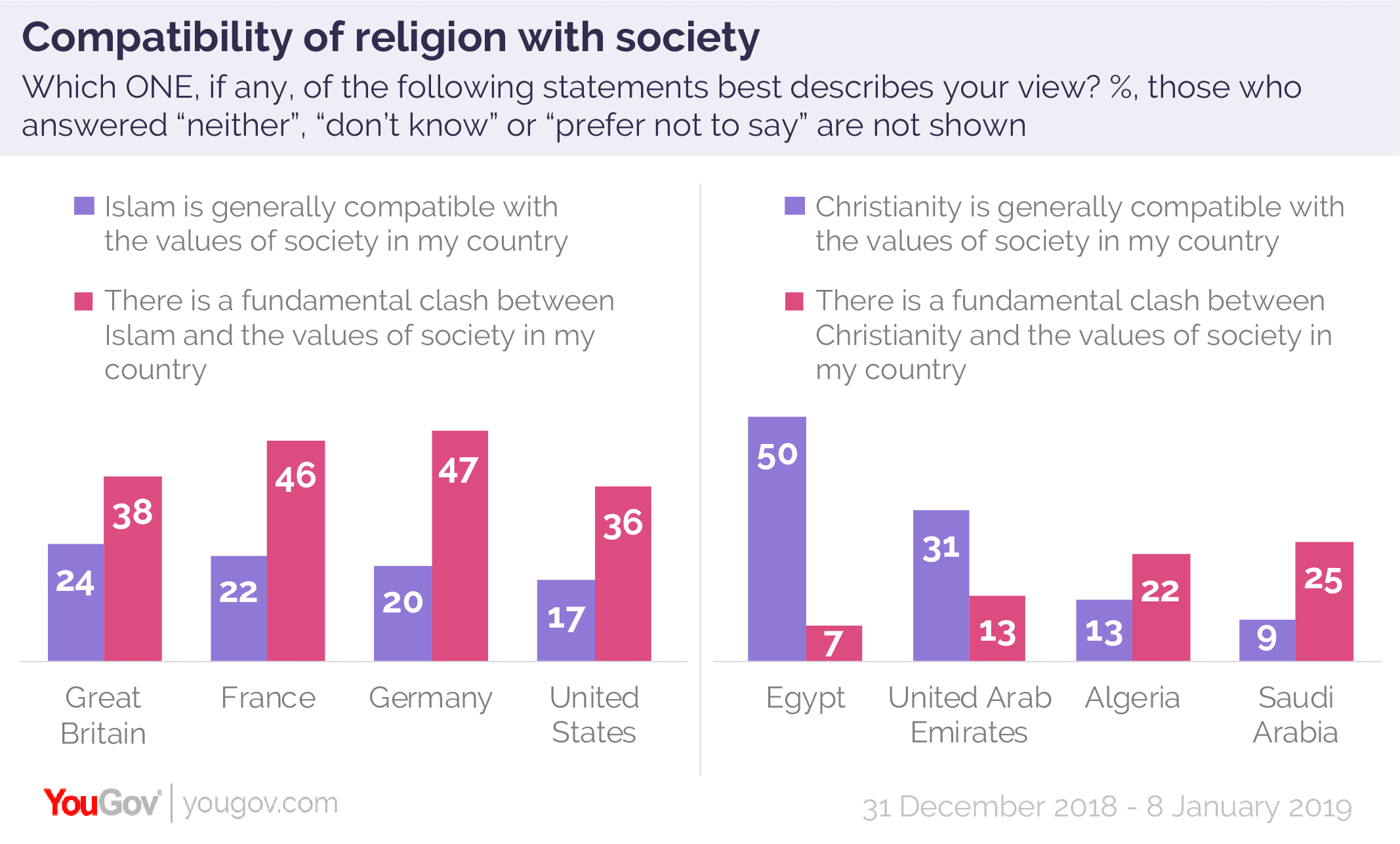 The researchers also carried out a survey in four majority-Muslim countries, asking whether “Christianity is generally compatible with the values of society” in Egypt, the United Arab Emirates, Algeria, and Saudi Arabia.

Egypt, which has a significant Coptic Christian minority population, was the most accepting of Christianity with half of the respondents saying it was generally compatible.

Saudi Arabia, in which there are no official Christian churches, was the least accepting with just nine per cent saying it was generally compatible and had the highest proportion (25 per cent) saying there was a “fundamental clash” between Christianity and Saudi values. 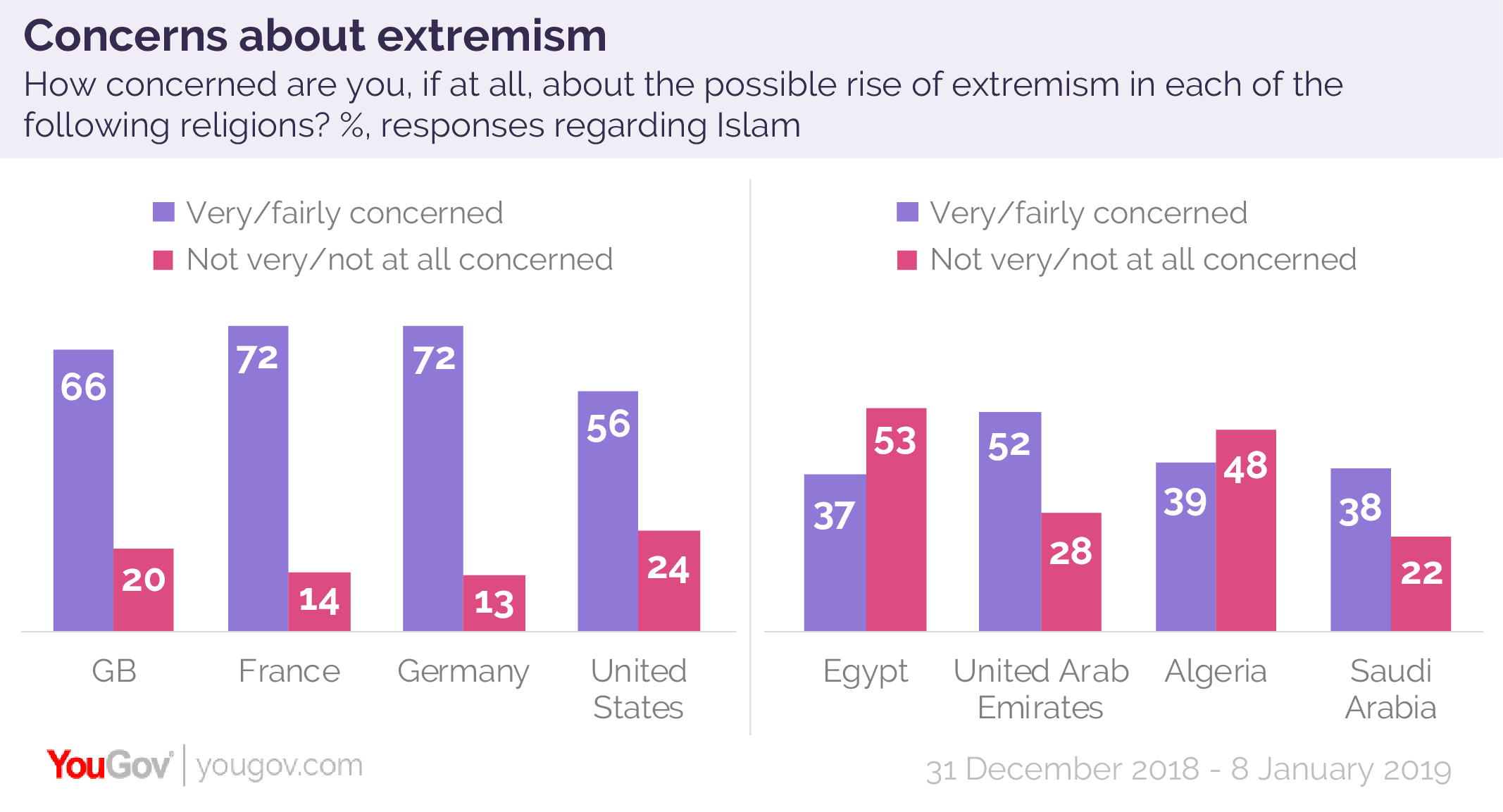 The survey also revealed that more than half of all respondents in all four Western countries were worried about rising extremism in Islam with 56 per cent of Americans saying they were “very” or “fairly” concerned, followed by the UK at 66 per cent and both Germany and France at 72 per cent.