Britain’s embattled Prime Minister Theresa May has offered herself as a sacrifice to dissatisfied members of her own Parliamentary Conservative party, promising to resign once she’s got her deeply controversial Brexit ‘deal’ with the European Union through.

The news of the promised resignation came from inside a closed-door meeting with the so-called 1922 committee on Wednesday afternoon, the body which represents Conservative Members of Parliament who don’t hold a government role, and where she is reported to have said “…I am prepared to leave this job earlier than I intended in order to secure… a smooth and orderly Brexit…”

A transcript of the Prime Minister’s statement to MPs subsequently released says she told the meeting:

I have heard very clearly the mood of the parliamentary party. I know there is a desire for a new approach – and new leadership – in the second phase of the Brexit negotiations and I won’t stand in the way of that.

I know some people are worried that if you vote for the withdrawal agreement, I will take that as a mandate to rush on into phase two without the debate we need to have. I won’t; I hear what you are saying.

But we need to get the deal through and deliver Brexit.

…I am prepared to leave this job earlier than I intended in order to do what is right for our country and our party.

Yet despite the promise, the Prime Minister hasn’t apparently established any sort of timetable for her personal withdrawal, merely saying she would go after getting her deal through Parliament and before the next stage of negotiations begins.

Theresa May’s deal — called the worst deal ever by key Brexiteer Nigel Farage and repeatedly dismissed as worse than staying in the European Union by others — isn’t even guaranteed to pass Parliament, throwing further doubt over when she would withdraw. It has already been put before the Commons twice and rejected twice by historic margins. The pro-remain speaker of Parliament John Bercow has now said he would block the deal being brought before the house a third time, as the Prime Minister is expected to do on Friday, or early next week.

Adding confusion to when exactly May intended to go, the Prime Minister also strongly implied that she would resign if her deal with the European Union failed to pass last week. If both statements are to be taken at face value, it would imply that May intends to quit whether her deal passes or not, however since saying she would not be the Prime Minister to see the pre-Brexit process pushed beyond June 2019 the promise hasn’t been mentioned, suggesting the idea may have been walked back.

May’s announcement fires a starting gun on a slow-motion Conservative leadership race which has already been bubbling, barely disguised beneath the surface. While former London Mayor Boris Johnson has long been thought of as the favourite to lead the party next, he has previously missed opportunities to take control, and British bookmaker Betfred now has rival Michael Gove as the favourite on 4/1.

Gove was named as a potential ‘caretaker’ leader to replace May as rumours of an anti-May coup swirled at the weekend but appeared to distance himself from the idea. 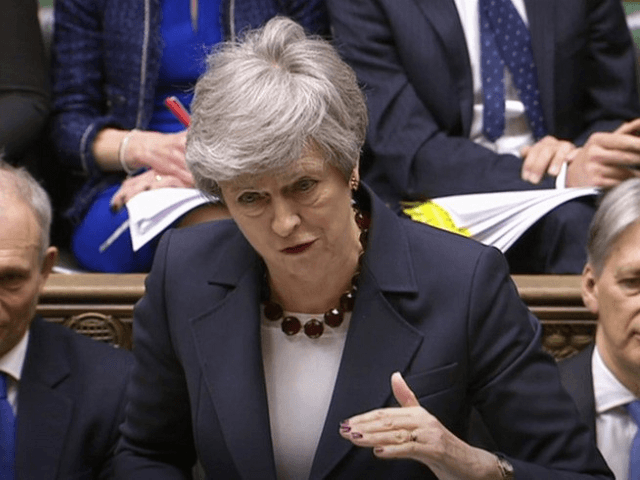 This story is developing, more follows…