Church of England bishop Graham Kings said this weekend that Brexit Party leader Nigel Farage, standing for European Parliament (EP) elections in May, is a “traitor to the EU.”

Ms. Simor asked: “How can they justify taking a salary and later a pension (paid for by us) for a job they do not intend to do in an institution they do not believe in?”

The argument that people who do not support the European Union should not be represented in the European Parliament is surprisingly common among its backers.

Bishop Kings certainly appeared to take up this theme in his reaction to Ms Simor’s statement: “Electing a traitor to the #EU to the #EU [sic]…Campaigning deliberately and openly to facilitate sabotage.” 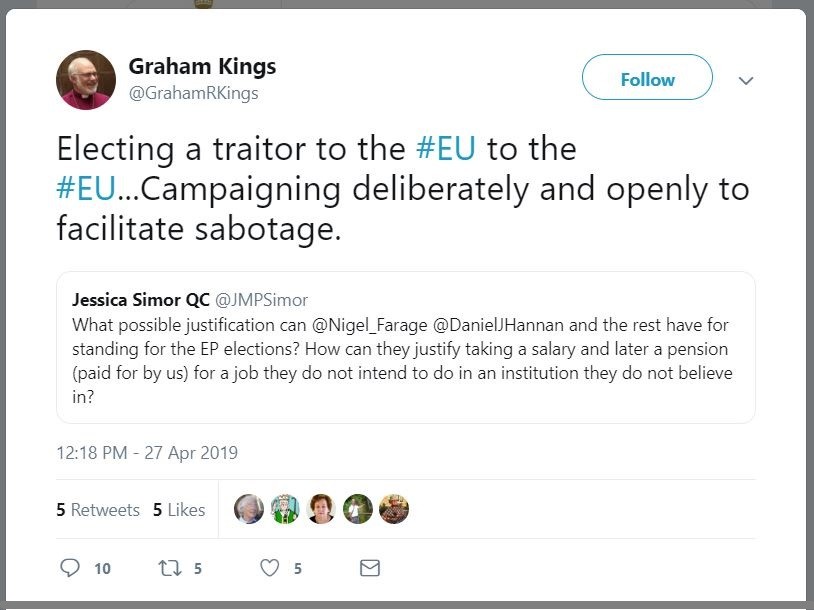 The bishop later clarified that his accusation of treason was directed specifically at Brexit Party leader Nigel Farage, who he accused of “trying to sabotage the EU from the inside”.

The clarification appeared to suggest that this accusation need not necessarily include all MEP candidates who support Brexit — although the original tweet by Ms Simor did seem to imply she did not believe it was legitimate for any Brexit supporter to stand for election to “an institution they do not believe in”.

Whether she believes this should also apply to Sinn Féin or Scottish National Party (SNP) candidates standing in British general elections, for example, is unclear. 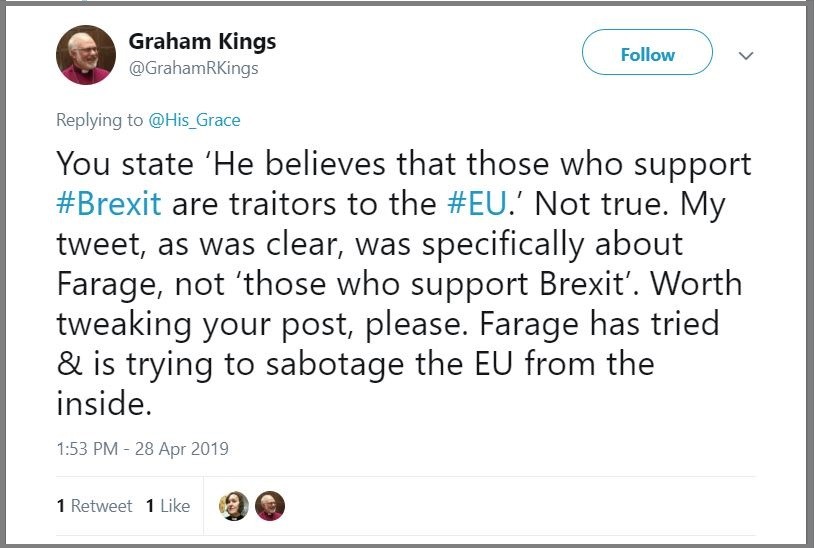