Sitting down to talk with the Mr Johnson in the prime minister’s residence of 10 Downing Street on Thursday, Mr Pence said he wanted to pass on greetings from the President and said that the U.S. leader “wanted to convey that the U.S. is willing and able to strike a free trade agreement with the United Kingdom”.

Prime Minister Johnson replied that was “fantastic”, and said that he hoped to be able to lift trade barriers between the two countries — which currently exist because Britain is a member of the EU’s Customs Union and Single Market — on British meat, saying that Americans are not able to eat “British lamb or beef or haggis from Scotland”.

“We know you guys are pretty tough negotiators but we will make sure that a free trade deal works for all of us,” the prime minister said. 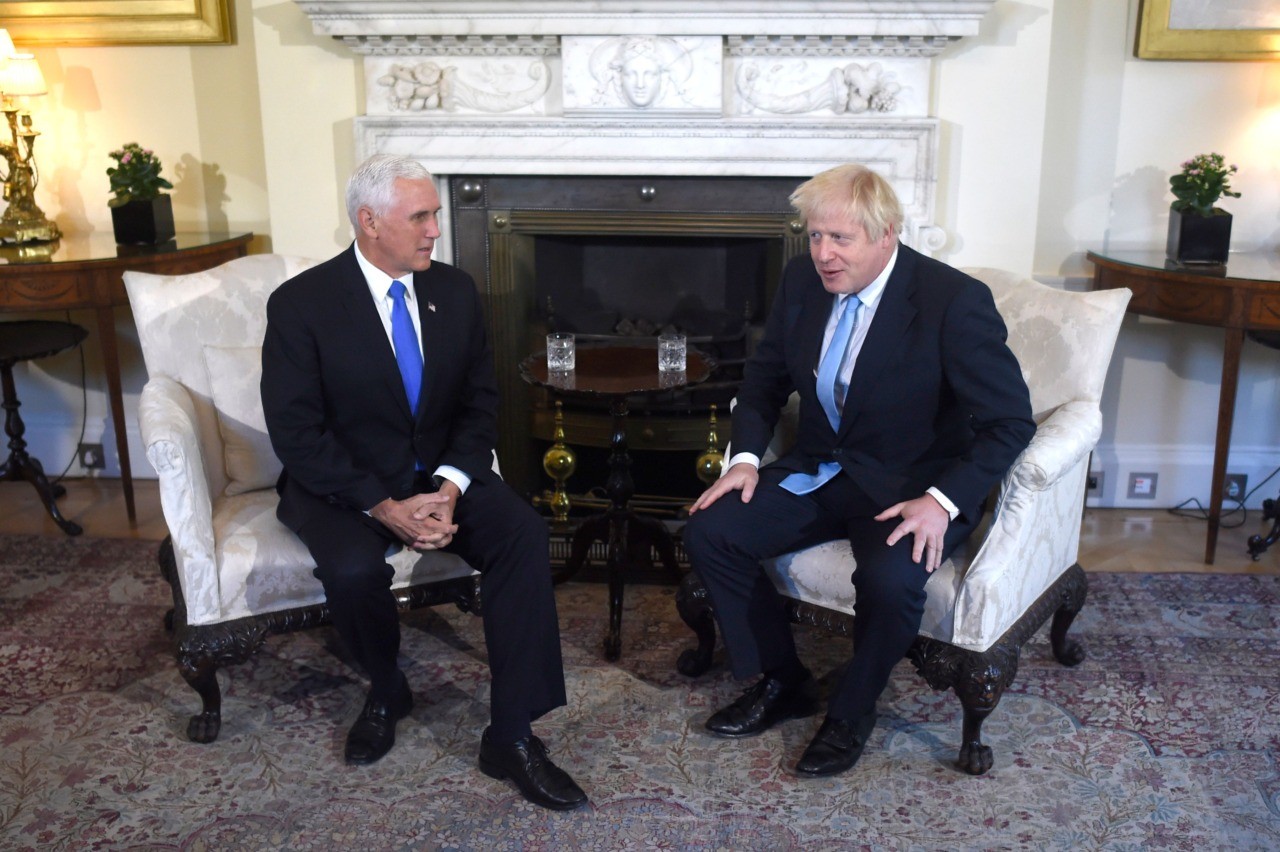 Vice President Pence travelled to the UK after trips to Ireland and Iceland to meet with the countries’ respective heads of government. During his trip to Dublin, Mr Pence urged the Republic of Ireland and the EU to renegotiate the withdrawal treaty and its Irish backstop, which could lock the UK in regulatory alignment with the EU, preventing trade deals.

“And we will continue to express that support and hope to see the European Union and the United Kingdom come together around that negotiating table that Prime Minister Johnson spoke of just a few days ago and reach an agreement that will meet the needs of the aspirations of the people of the United Kingdom and also provide for an orderly Brexit.”

"Boris is a friend of mine… He's in there fighting. He knows how to win"

The visit comes after the embattled Brexit-supporting prime minister is facing challenges within the Remainer-dominated Parliament, with MPs voting last night to make a no deal Brexit illegal, and forcing the government to ask the EU for a further extension. The bill is now being debated in the House of Lords.

Mr Johnson called for a General Election, but that motion was also defeated, with Europhile Labour MPs fearing a challenge at the ballot box. The prime minister is however set to return the motion to the Commons on Monday.

Further blows came after the Conservatives lost their majority when Philip Lee defected to the Liberal Democrats on Tuesday and the prime minister’s own brother, Jo Johnson, quit his government post and the party on Thursday.

Amidst the political tensions, President Trump shared his confidence in Boris Johnson and his ability to see Brexit through, telling media: “Boris is a friend of mine and he’s going at it, there’s no question about it. He’s in there and I watched him this morning. He’s in there fighting and he knows how to win. Boris knows how to win. Don’t worry about him, he’s going to be okay.”