HALLE, Germany (AP) – Questions are being raised about police response after an attack on a synagogue in the German city of Halle after a gunman tried unsuccessfully to enter the house of worship during Yom Kippur observances and killed two people nearby.

The head of Germany’s Jewish community, Josef Schuster, called the absence of police guards as “scandalous” as members of the synagogue described waiting behind locked doors for the police to arrive, which took more than 10 minutes.

The head of the Halle community, Max Privorozki, said Thursday “I thought, that door will not hold” as the attacker fired shots outside. Police union head Oliver Malchow said the response time showed “how thin police coverage is” and added that the wait “was especially long for the people who were in the synagogue.” 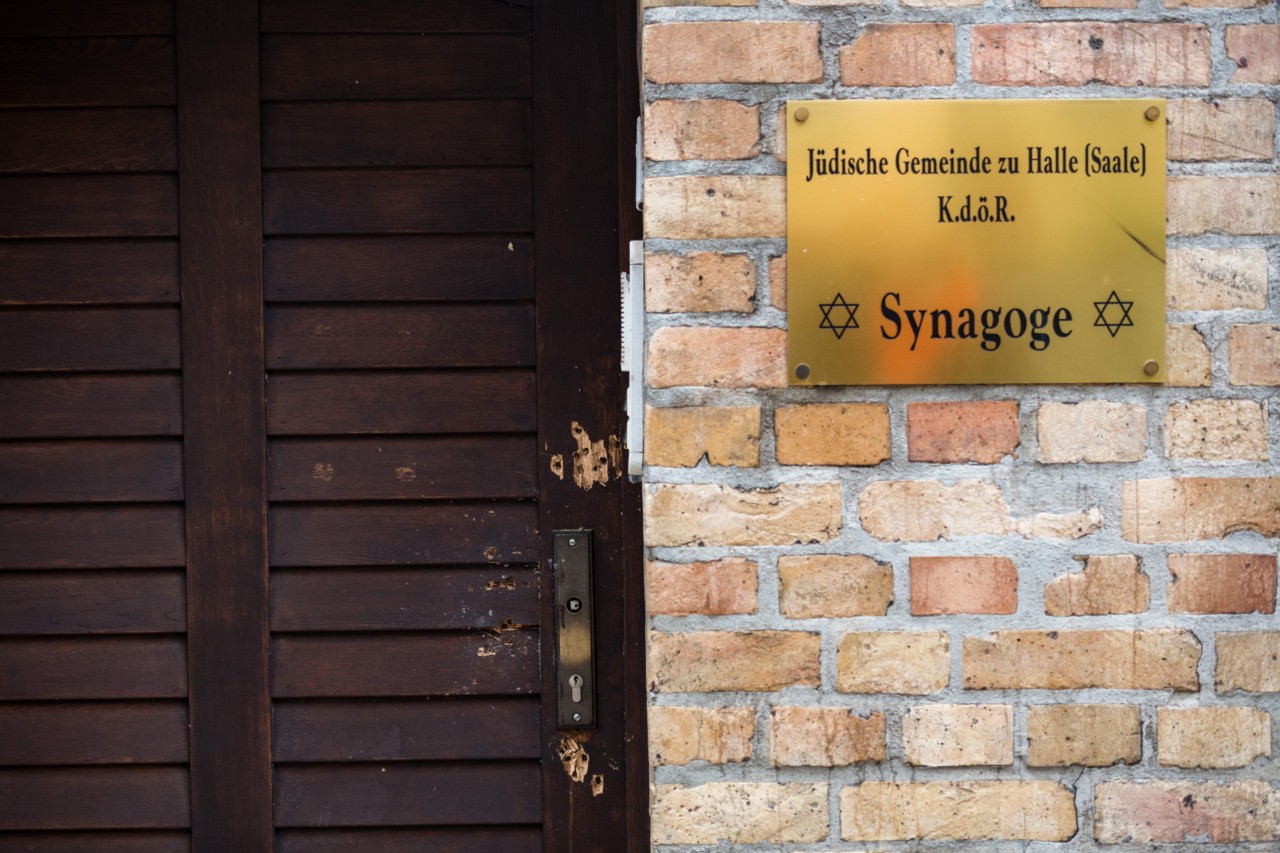 HALLE, GERMANY – OCTOBER 10: View of the entrance door to the Jewish synagogue with the bullet holes from yesterday’s raid on October 10, 2019 in Halle, Germany. Law enforcement authorities, after initially speaking of multiple attackers, are now referring to a single attacker who has been apprehended. A video, apparently streamed by the attacker live and with commentary from the shooting spree, shows him attempt and fail to force his way into the synagogue in Halle. He then, using what he describes as an improvised weapon, shoots a woman happening to pass by his car on the street and drives to a nearby kebab shop, where he shoots a man inside several times. Afterwards he fires at police blocking a street ahead of him, only to be wounded by returned fire. Towards the end of the video he states that he is bleeding and that he has been shot, and calls himself a “complete loser” in an apparent apology to his perceived audience for not delivering the “action” he had anticipated. According to media reports the attacker has been identified as 27-year-old Stephan B. (Photo by Jens Schlueter/Getty Images)