BERLIN (AP) – Thirty-five people, around half of whom are children, remained hospitalized Tuesday, a day after a man drove his car into a crowd celebrating Carnival in central Germany. Police continued to look for a motive for his action, which they believe was deliberate.

North Hesse state police said there were 18 children among the injured. In addition to those people kept in hospitals overnight, a further 17 were treated and sent home after the Monday afternoon incident in the town of Volkmarsen.

The driver, a 29-year-old German man from the area, was also injured and is in hospital with serious head injuries, police spokesman Henning Hinn said.

“We can’t say anything about his precise motives,” Hinn told reporters, adding that police hadn’t been able to interview the suspect yet because of his condition.

The vehicle used, a silver Mercedes station wagon, was registered to the driver, he said.

The crash in Volkmarsen, a town of about 7,000 near Kassel, about 280 kilometers (175 miles) southwest of Berlin, came at the height of Germany’s celebration of Carnival, with the biggest parades in Cologne, Duesseldorf and Mainz.

All other Carnival parades in the central state of Hesse were ended Monday as a precaution.Processions were planned to resume Tuesday amid a heightened police presence. 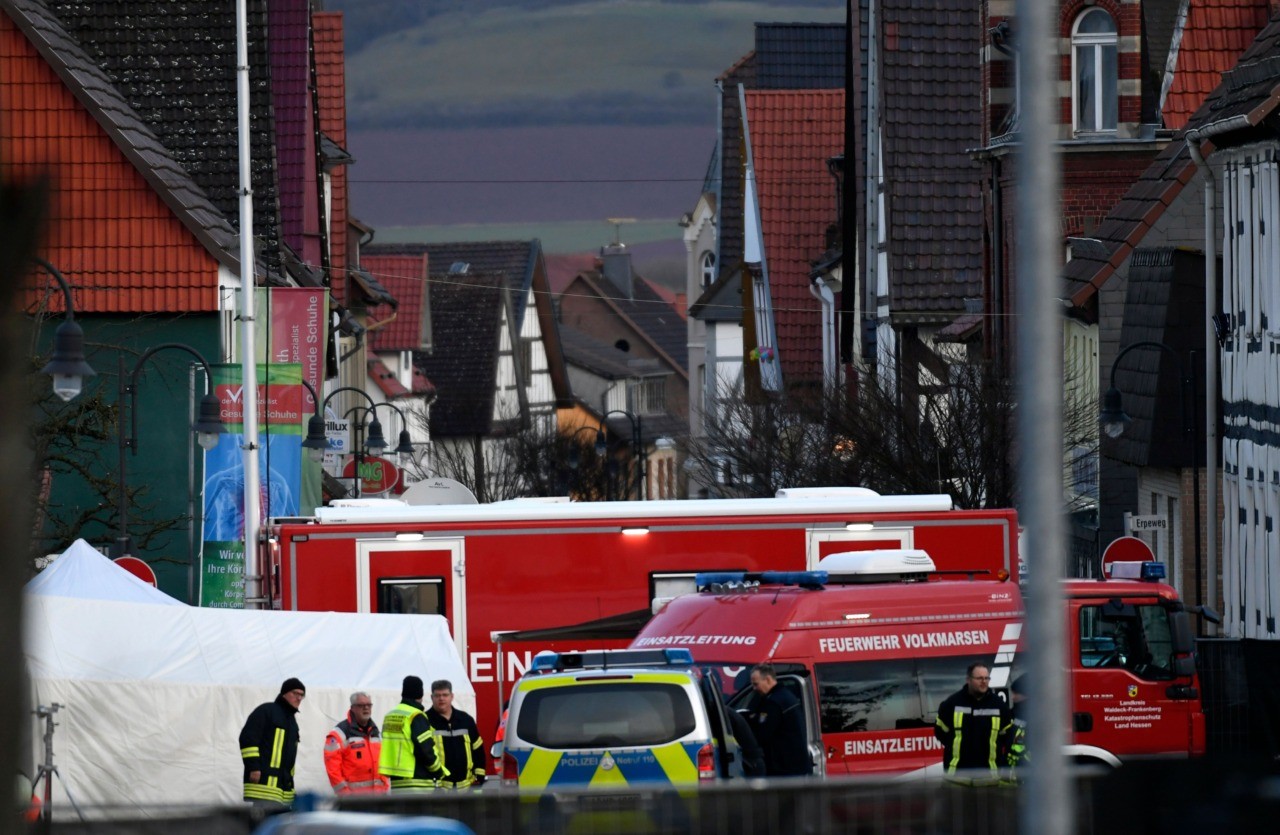 Vehicles of the police and the fire brigades stand at the site where a man who drove into a carnival procession, on February 25, 2020 in Volkmarsen near Kassel, central Germany. – A car that rammed into a carnival procession in Volkmarsen on Rose Monday, February 24, 2020, injured 52 people, including 18 children, police said, adding that the perpetrator’s motive remains unclear. (Photo by INA FASSBENDER / AFP) (Photo by INA FASSBENDER/AFP via Getty Images)