Over 26,000 people have responded to a call for agricultural workers, weeks after the industry warned a lack of immigrants caused by the coronavirus epidemic would leave vegetables rotting in the fields.

Britain’s agricultural industry has long been sustained by migrant labour, doing jobs bosses argued that Britons did not want to do. Yet that article of faith among proponents of mass migration appears to have been shattered, as the unwanted arrival of coronavirus has closed the United Kingdom’s borders to large movements of migrant workers — forcing recruiters to look inwards.

Responding to warnings that the 2020 harvest of fruits and vegetables could rot in the fields without pickers in early April, a consortium of three agricultural recruiters usually more accustomed to looking abroad has been inundated with applications from Britons, with 26,000 signed up so far, reports the UK’s widest-distributed newspaper The Metro. 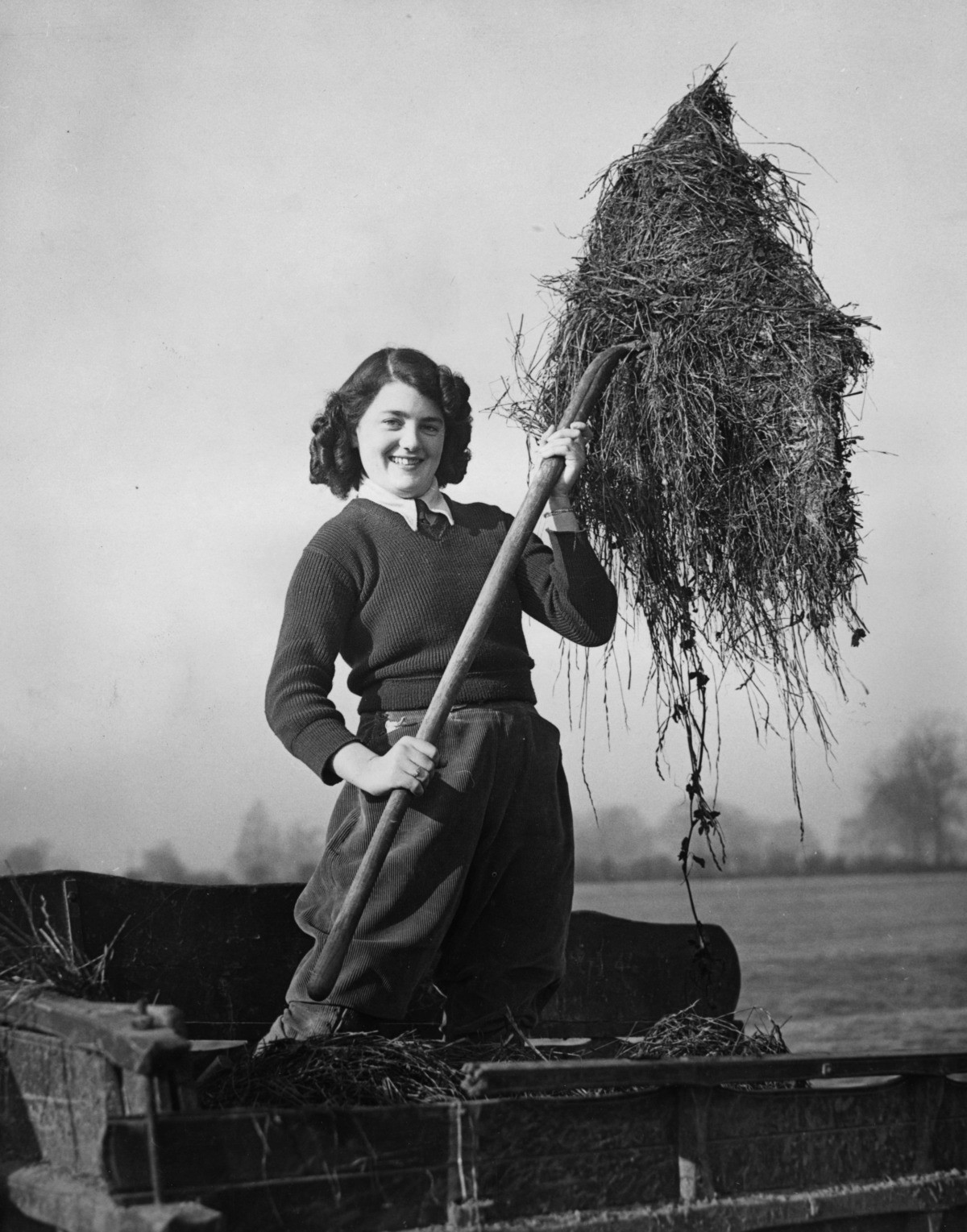 3rd March 1941: Jocelyn Elliott of the Women’s Land Army holds up some silage she is feeding to young cattle. (Photo by Central Press/Getty Images)

The paper reports that so many applications had been received, job placements were now filled up until the end of May. But to sustain the whole picking season which runs from April to August, some 70,000 people would normally be needed. Another initiative is the launch of the ‘Land Army’ mobile app, which allows farmers and would-be pickers to match.

The website for the HomeGrown Land Army app states: “It’s time to feed the nation. We live in uncertain times. Communities up and down the country are facing the risks arising from the COVID19 coronavirus, bringing with it concerns over food security and supply chain.

“We are currently connecting farms and workers to create a Land Army capable of feeding the nation… We are providing this service on a voluntary basis and there are no costs for anyone wishing to use the service – we just wanted to try and help our whole community during a difficult time.” 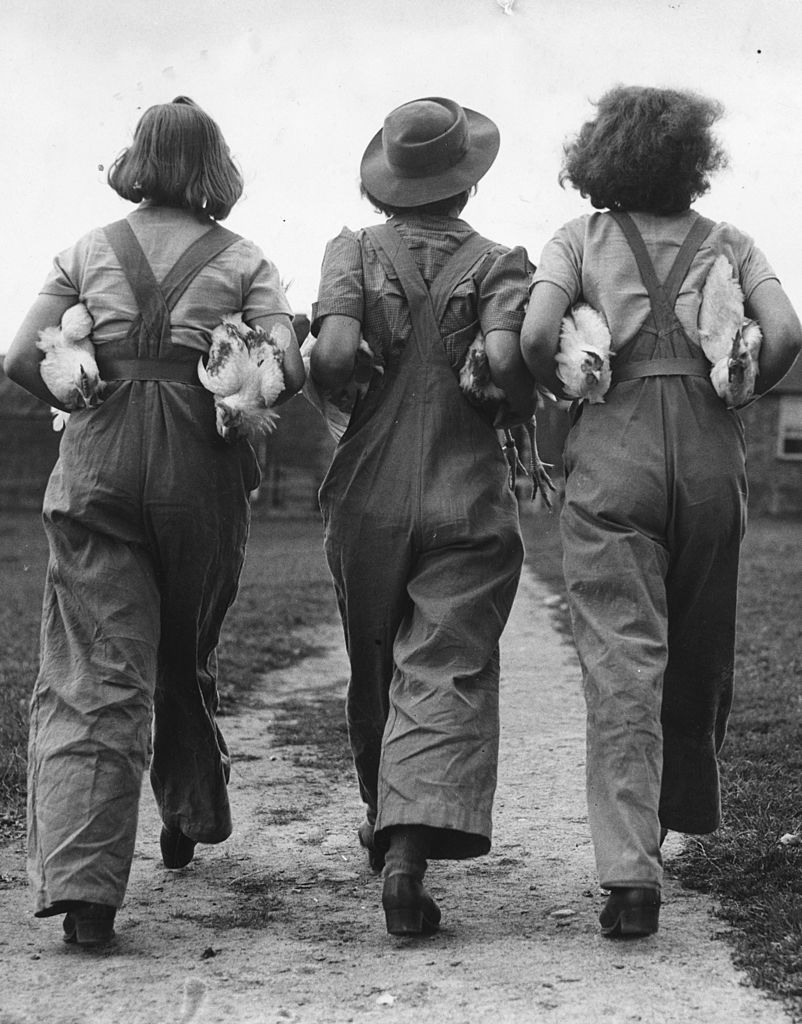 Firmly clutching some chickens under their arms three land army girls turn their backs on the camera, at the Northamptonshire Institute of Agriculture, Moulton, Northamptonshire, 5th July 1940. (Photo by A J O’Brien/Getty Images)

The Wokingham Paper reports the comments of Edwina Mullins, a vice-chairman of the Hectare Club, which supports the Home Grown initiative. She said: “Helping our domestic sustainability is crucial. We have many people in the country out of work, especially in the hospitality, construction and retail industries.

“At the same time, we have farms desperate for workers. There is a need to build community relationships to create a thriving home marketplace for British farming and British workers.

“In these disruptive times, we all need new ways of thinking and dynamic engagement and I love the passion of this project to keep food on our plates during this difficult time.”

The name Land Army recalls the Second World War era Women’s Land Army, an enormous auxiliary force of women taken from non-essential occupations and sent to the land, to keep the harvest going while male agricultural labourers served in the armed forces. Itself a body reconstituted from a Great War organisation to serve the same purpose, by 1944 there were 80,000 land girls in the UK, both volunteers and conscripts.

Photographs of glamorous young women working the land have proven an enduring part of the idea of the British Second World War ‘home front ‘. Another form of wartime work for women that has also been reactivated — albeit in a de-gendered form — is the Women’s Voluntary Service and the Hospital Reserve.

The UK government put out a call for 250,000 coronavirus volunteers to help support the elderly and vulnerable in March, and over 750,000 answered the call within days. The first of those volunteers have now been put to work in the past 24 hours, with tasks including delivering food and medicine to people unable to leave isolation, driving patients to medical appointments, and contacting lonely people to check on their welfare.

The Nursing Reserve is back in all but name. 405,000 people have come forward to be drivers and welfare officers in 24 hours https://t.co/R8ycwSfcOV