An estimated 20,000 people took to the streets of Paris on Tuesday evening to protest the death of a 24-year-old black man who was killed in 2016, with the protests devolving into riots.

Police arrested 18 people during the demonstration, which was banned under France’s Wuhan coronavirus rules, for vandalism, carrying prohibited weapons, and throwing projectiles at officers.

Rioters lit fires at makeshift barricades, which were made with various materials such as electric scooters and bicycles. Several bins were set on fire and in the Paris suburb of Clichy, rioters attacked a municipal police station. Two police officers were also injured, Le Figaro reports.

Footage of the police station attack was posted to social media showing masked rioters attempting to smash the windows and break into the building.

Protests also took place in several other cities including Lyon, Marseille, and Lille, leading to the arrest of seven others and injuries sustained by ten police officers.

The protests were said to be dedicated to 24-year-old black man Adama Traoré and were organised by members of his family. Traoré died in 2016 shortly after being arrested after he ran from police when he could not produce his identity card.

According to the BBC, reports claimed Traoré died of heart failure caused by an underlying health issue. 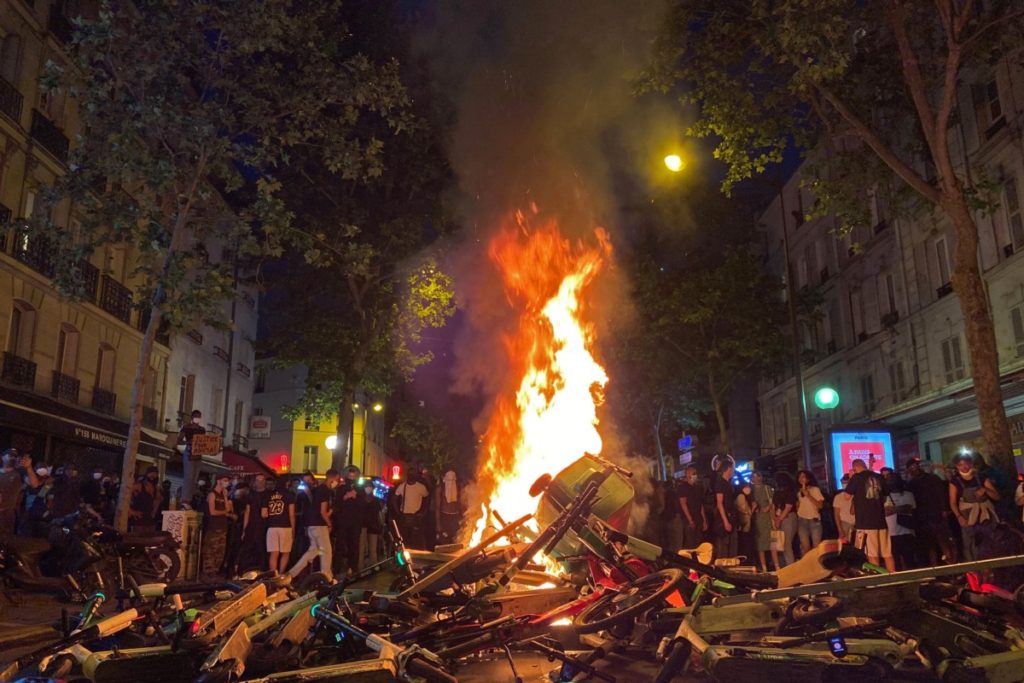 Many protesters also held up Black Lives Matter signs, likely in solidarity to the ongoing protests and riots taking place in the United States in the wake of the death of George Floyd. The Black Lives Matter hashtag was also used on French social media by those posting comments and video clips of the rioting.

French Interior Minister Christophe Castaner slammed the protests, saying: “Violence has no place in a democracy.” He went on to praise the police response.

The Paris riots come just days after more than 5,500 people marched to demand amnesty for illegal migrants in Paris, with police arresting 98 people during the protest. 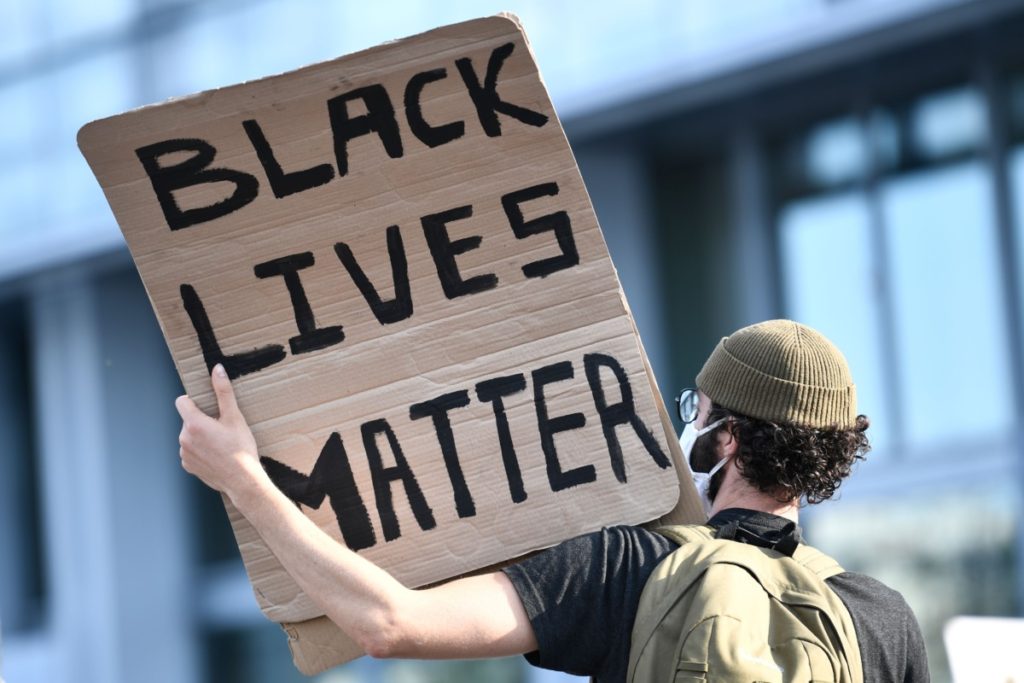 A protester holds a placard during a demonstration after French medical experts exonerated the gendarmes involved in the arrest of Adama Traore, a young black man who died in police custody in 2016, outside the “Tribunal de Paris” courthouse in Paris on June 2, 2020. – Some 20,000 people defied a ban in Paris on Tuesday to protest the 2016 death of a young black man named Adama Traore in French police custody, some clashing with police and using slogans like those used in the demonstrations raging in the US. In the US several cities have deployed the guard in the face of angry protests against police brutality following the killing of the unarmed black man George Floyd by police during an arrest in Minneapolis last week. (Photo by STEPHANE DE SAKUTIN/AFP via Getty Images)

A total of 195 pro-migrant groups and organisations were behind the protest with one spokesman saying the purpose was to make illegal migrants and their situation more visible to the French public.

“For these populations, the current health crisis is becoming a veritable health bomb. They have no rights, no income, and no hope of accessing the benefits offered by the state. For them, there is no free access to care and no other way to survive than to seek means of subsistence,” the organisers said in a joint statement.