Politicians and emergency services senior officers led tributes to the 52 people who died in the 2005 London terror attacks, which saw coordinated bombings of trains and a bus by Islamic extremists.

52 people were killed and nearly 800 injured in a series of four coordinated terrorist attacks in London on July 7th 2005, when three bombs detonated on London Underground trains, and one on a bus. Videotapes made by the bombers, including one by Mohammad Sidique Khan, cited hatred of the “democratically elected governments” put into power by Western voters, and the policies pursued in Afghanistan, Iraq, and Palestine.

No one who was in London on 7 July 2005 will ever forget what they experienced that day.

As we remember those who were lost and pledge once again to support those who survived, our message is as clear and simple as it was 15 years ago.

We are not afraid. pic.twitter.com/Folc8NRydk

Speaking on the 15th anniversary of the attacks, Prime Minister Boris Johnson paid tribute on Tuesday to the emergency services and tube workers who rushed to help victims after the attacks. Nevertheless, he said, the passage of time would have done little to “numb the pain” of the families of the dead and those injured.

The Prime Minister also offered the standard platitudes now given in the United Kingdom after terrorist attacks, noting in the normal way that the attacked city was “stronger” than those “who sought to divide us”.

Repeating the now-familiar phrases and ideas that have always followed the series of attacks against UK cities in recent years, the Prime Minister said:

… when this city was attacked by those who sought to divide us, London responded with the simple truth that whoever you are, wherever you are, whatever the colour of your skin or the name of the god you worship, if you choose to come to London and make your life here, you are a Londoner. And when you really need it and you think you can’t go on, when you’ve been knocked down and can’t get back on your feet then this city and its people will extend a hand and hold a total stranger close as if they were family.

That is the kind of city London is… we saw it on that horrendous day in 2005 and we saw it when others tried and failed to drive a wedge between us in the years that followed. Because this city is stronger than any hate-filled ideology, and as we remember those who were lost… We are not afraid.

Also giving tribute was London Mayor Sadiq Khan, who laid a wreath at the otherwise near-deserted 7/7 memorial in Hyde Park, the usual gathering of families and survivors having been cancelled due to coronavirus. The mayor laid a wreath which said: “Fifteen years have passed, but the 52 innocent people who lost their lives on 7/7 remain in our hearts. Those who seek to divide our communities and destroy our way of life will never, ever succeed.”

In 2014, just hours before a commemoration of the victims of the 7/7 attack was due to take place political slogans including “4 innocent Muslims”, “Blair lies thousands died”, and J7 truth” were sprayed on the memorial. The paint was cleaned off in time for the event to take place as intended, but no arrests were ever made in connection to the vandalism. 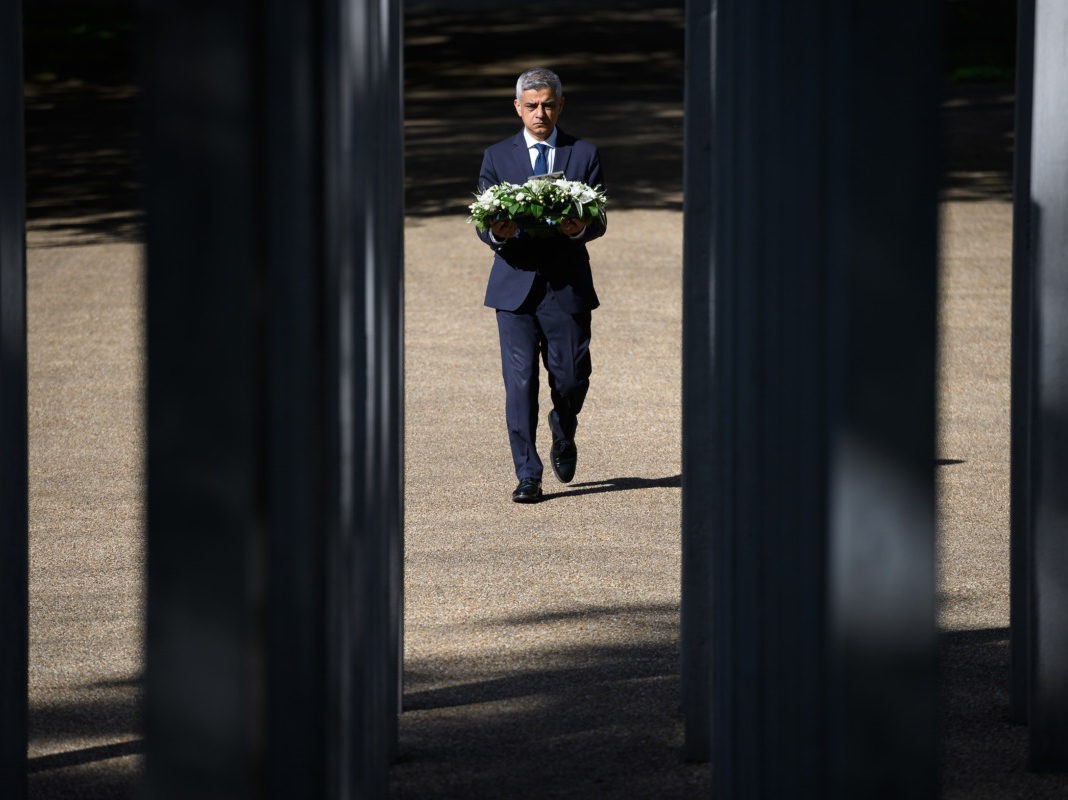 LONDON, ENGLAND – JULY 07: Mayor of London Sadiq Khan lays a wreath at the 7/7 memorial in Hyde Park, to mark the fifteenth anniversary of the London bombings, on July 07, 2020 in London, England. 52 People died and 700 people were injured when four devices were detonated by Islamist terrorist across the London transport network. Three went off on the underground and one on a double decker bus. (Photo by Leon Neal/Getty Images)