On Saturday, a handful of activists tried to muster support against President Trump as well as a trade deal between the UK and the United States, however, the protest turned into little more than a photo opportunity for the British media.

Breitbart London witnessed 30 people turn out for the “Stop Trump, Stop the Trade Deal” protest that was organised by the Stop Trump Coalition alongside the left-wing NGO Global Justice Now. The organisers said that the purpose of the event was to mobilise against “one of the most racist and toxic Presidents in American history”.

The rally ran to a group of women dressed in chicken costumes dancing to Stevie Wonder songs, and a man in a Trump costume miming injecting a cow with growth hormones.

Nearly as many news photographers and journalists as actual protesters were present at the event, with the photographers shouting out directions to the mock president for the cameras. 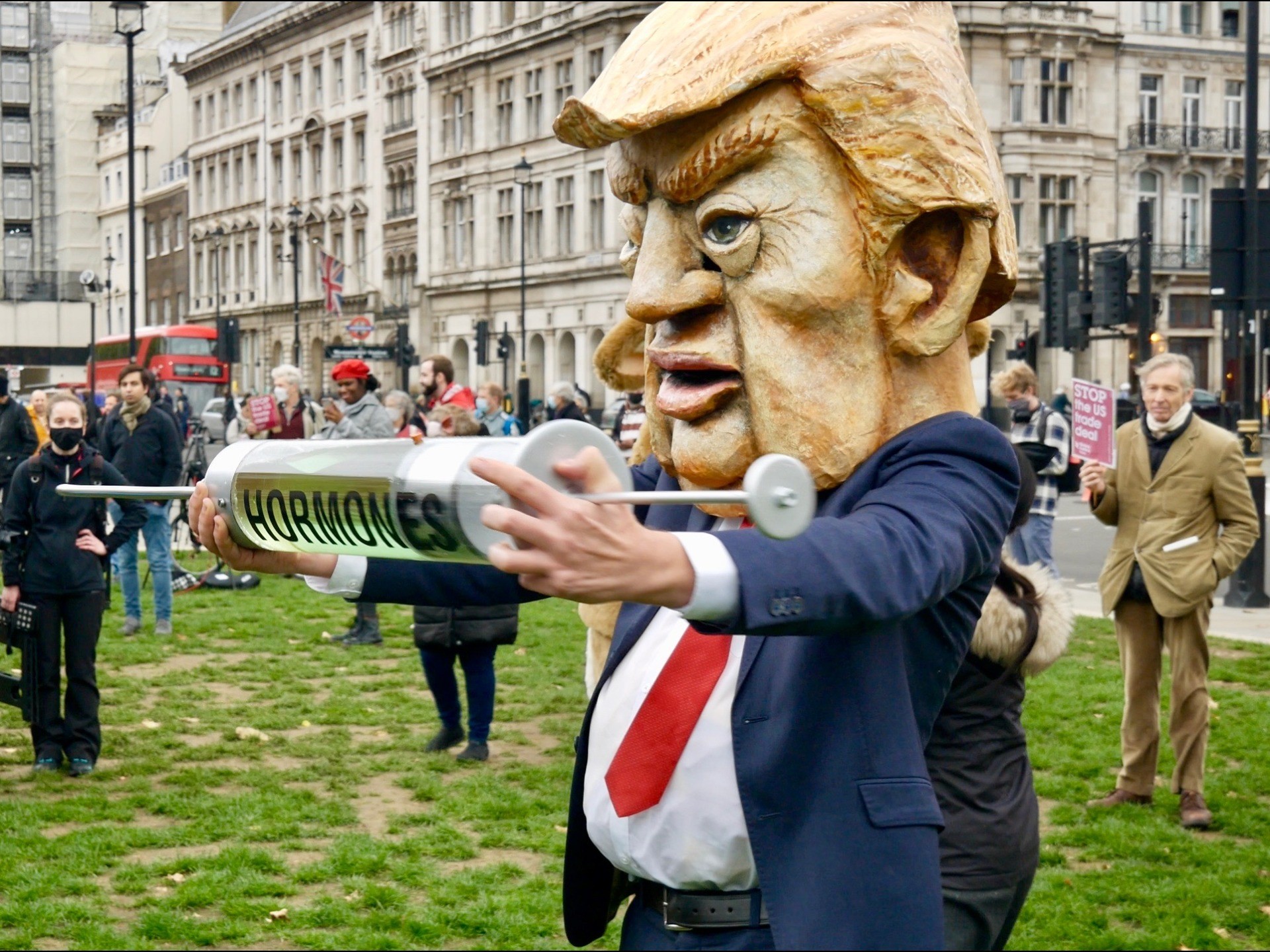 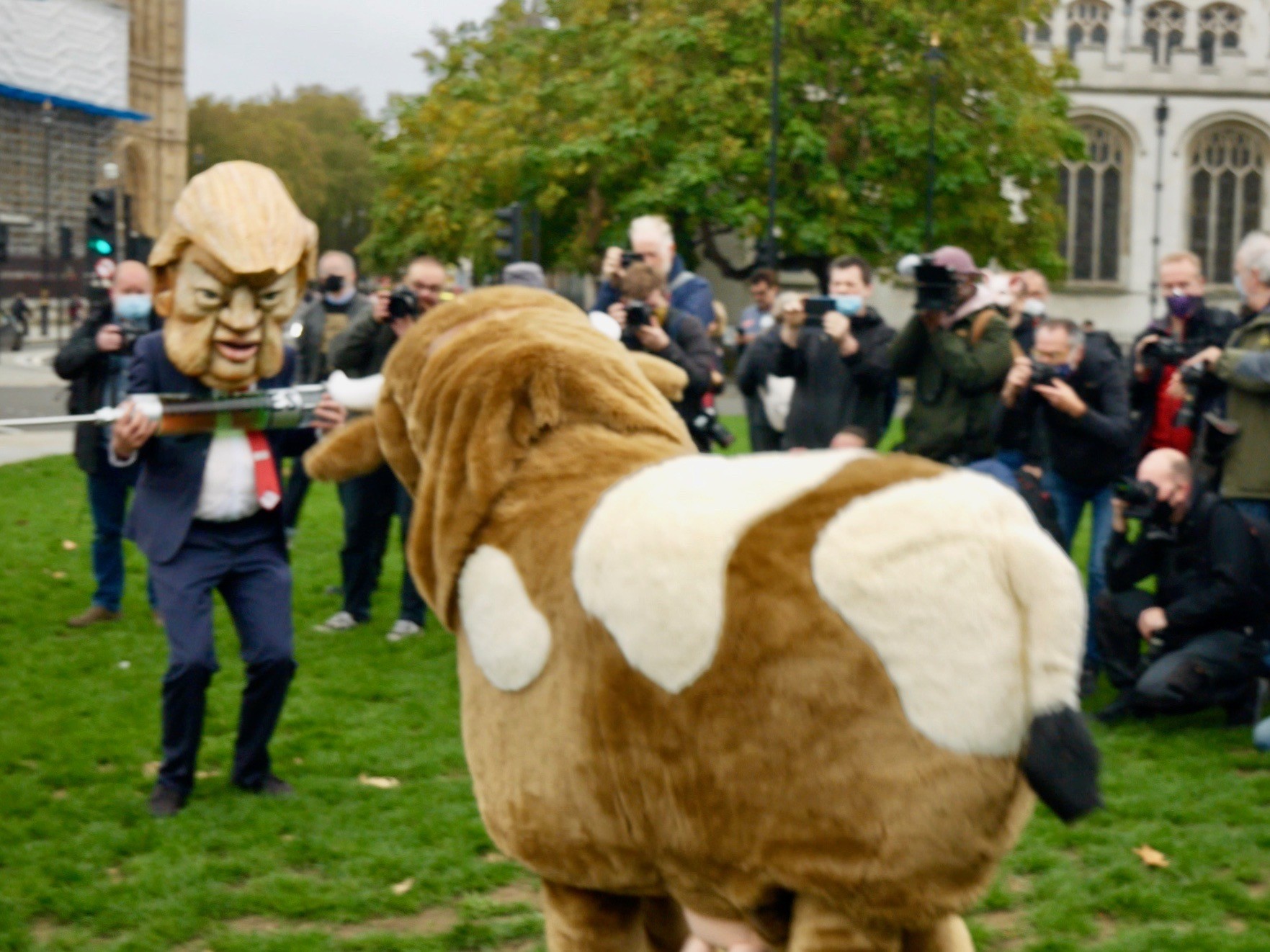 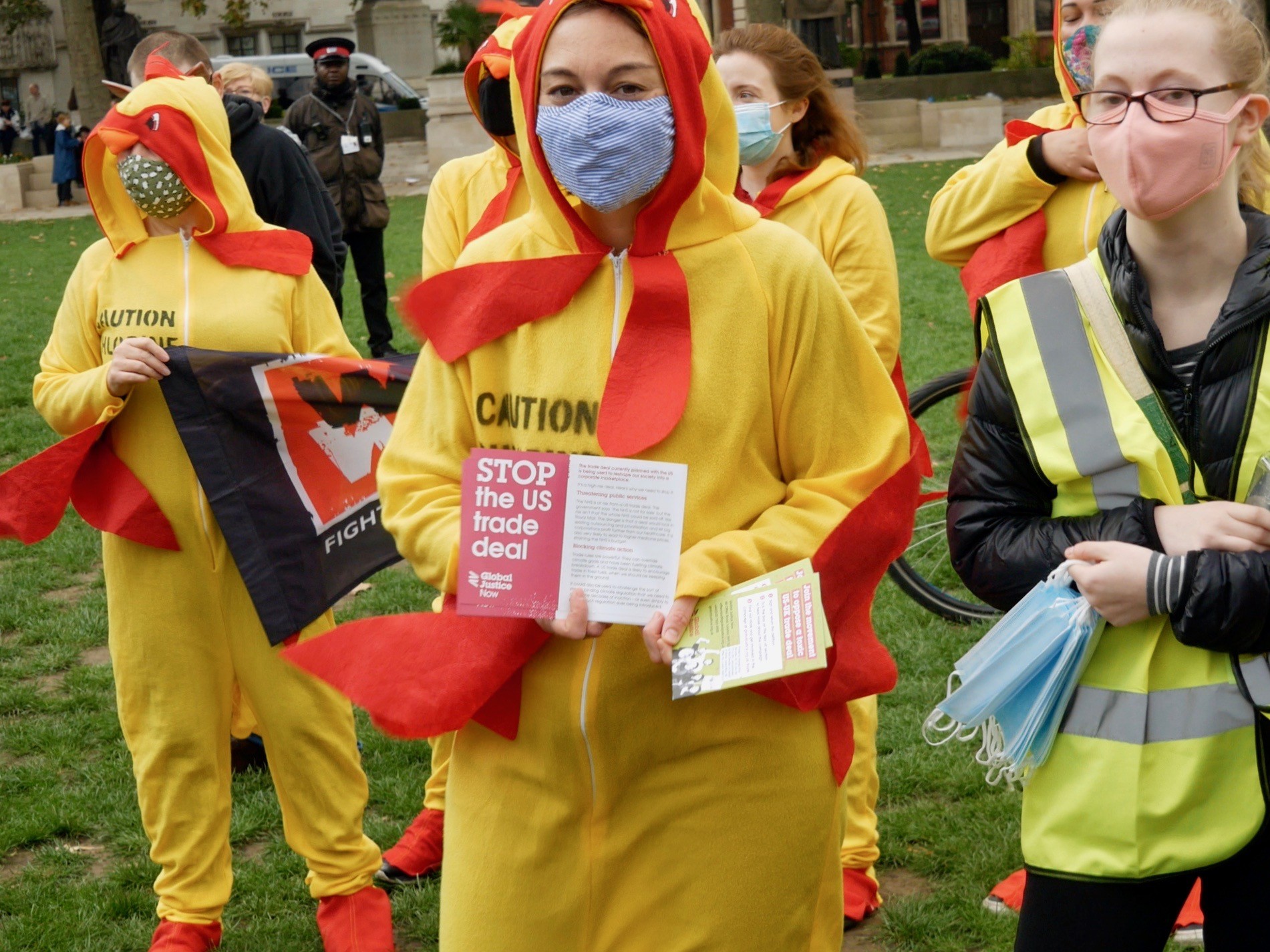 A group of women dressed as chickens at the Stop Trump Coalition Protest in London, October 24, 2020. Kurt Zindulka, Breitbart News

An activist for the Stop Trump Coalition, Alena Ivanova said: “Trumpism is here in the UK too, where right-wing nationalism and populism is on the rise and in government.”

“Boris Johnson is also attacking the rights of migrants and minorities, and is trying to bring us even closer to Trump’s America with a trade deal that would massively deregulate our economy,” she said.

“Ten days before the election, we will mobilise a show of defiance against Trumpism everywhere,”  Ivanova demanded. 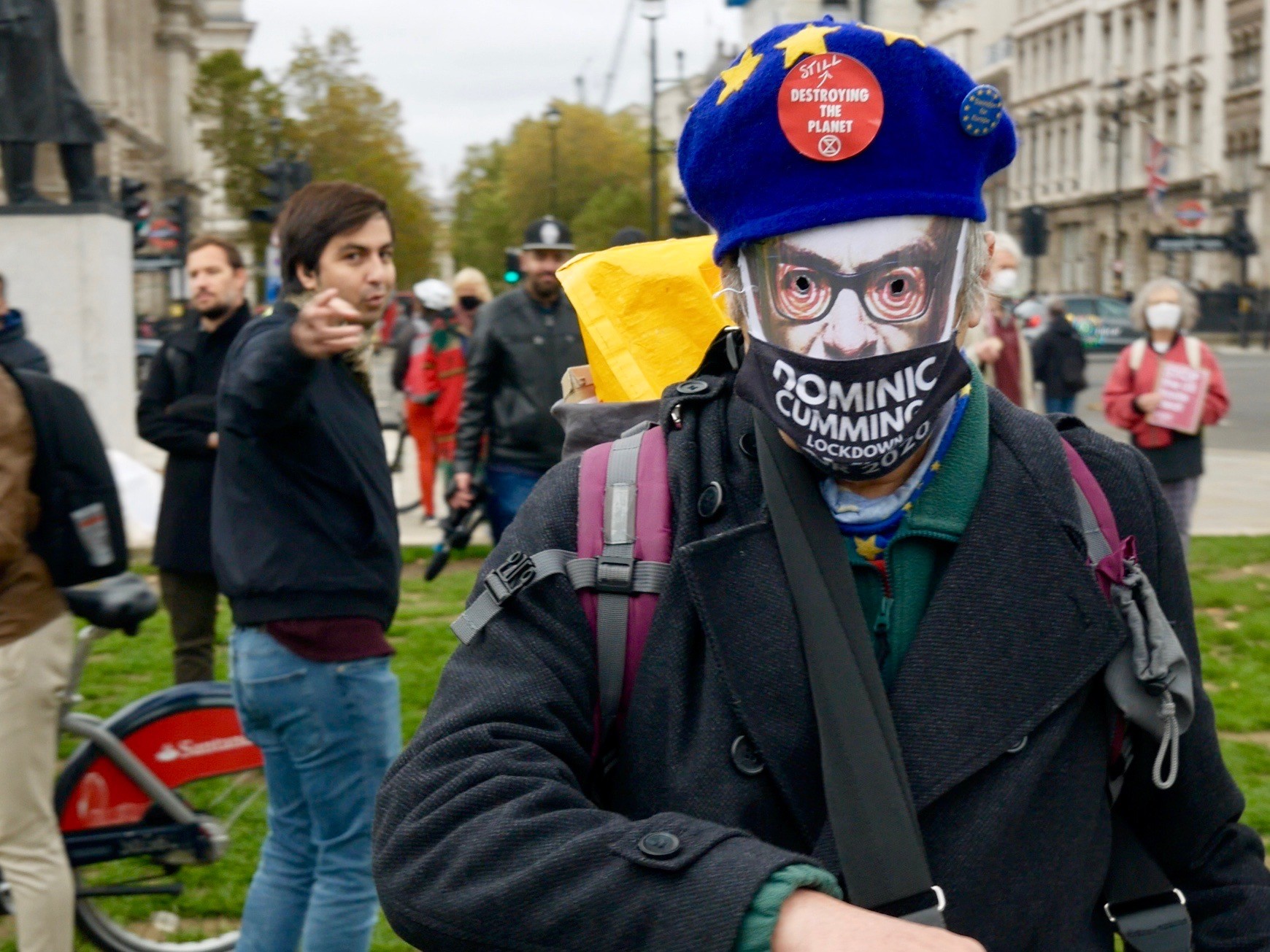 The director of Global Justice Now, Nick Dearden said: “Boris Johnson and the Trump administration are rushing to negotiate a trade deal, and unless we kick up a fuss, it will be a disaster for our rights, services, standards and the environment.”

“A trade deal with the US will almost certainly mean that we get chlorinated chicken and much lower food standards, and could well mean that we lose vital rights at work and environmental protections. There is no public support for these changes, but the government is hoping to do it anyway while no one is looking,” he added.

A trade deal with the United States has been a key pillar of Prime Minister Boris Johnson’s post-Brexit economic strategy, however, as the two sides failed to reach an agreement so far, the chances of a beneficial trade deal likely rest on President Trump winning re-election.

Former Vice President and Democrat Presidential candidate Joe Biden and Speaker of the House Nancy Pelosi have both threatened to abandon trade talks with the UK over what they term as breaches of the Northern Ireland peace agreement.