Prime Minister Boris Johnson would not criticise President Joe Biden for removing the bust of Winston Churchill from the Oval Office — a symbol of strong Anglo-American relations — despite having done so when former President Barack Obama made the same gesture years before.

Mr Biden removed the bust of the wartime British leader, whose mother was American, from his White House office on Wednesday, replacing it with several other figures including those of Rosa Parks, Cesar Chavez, and Eleanor Roosevelt.

Former President Donald Trump, an Anglophile, had famously returned the bust of Churchill to the Oval Office at his 2017 inauguration after it had been removed by his predecessor Barack Obama. So proud was Mr Trump of its return, that he posed with it alongside Britain’s then-Prime Minister Theresa May on her visit to Washington, DC.

The bust had been a gift from British Prime Minister Tony Blair to then-President George W Bush, and has represented in recent years the closeness of the two nations across the pond.

Asked about its second removal from the most powerful office in the world, a Downing Street spokesman told London’s Evening Standard:  “The Oval Office is the President’s private office, and it’s up to the President to decorate it as he wishes.”

That the prime minister’s office should respond in such a neutral fashion to the downgrading of the symbol of British-American friendship comes in stark contrast to Mr Johnson’s reaction to the same gesture when made by former President Obama. 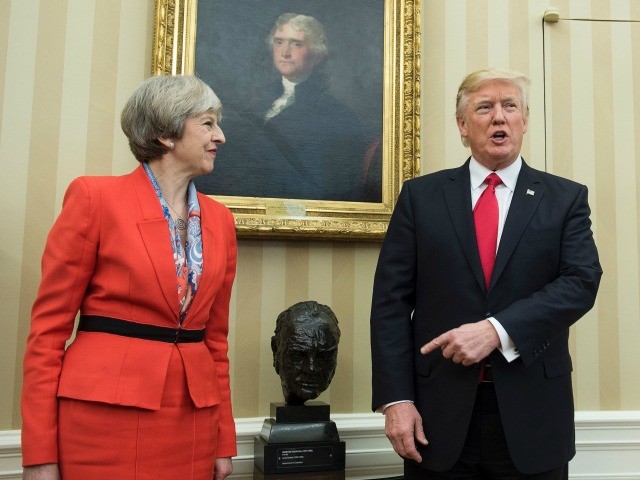 Writing in The Sun in 2016, the then-mayor of London said: “Some said it was a snub to Britain. Some said it was a symbol of the part-Kenyan President’s ancestral dislike of the British empire – of which Churchill had been such a fervent defender.”

At the time, Obama claimed that “There are only so many tables where you can put busts otherwise it starts looking a little cluttered.”

When pressed on the prime minister’s previous remarks, the spokesman told the London newspaper on Thursday: “The important thing for us is that we will have a very close relationship, a special relationship, with the US.”

“We’re in no doubt of the importance President Biden places on the UK-U.S. relationship. And the Prime Minister looks forward to having that close relationship with him,” he added.

On Wednesday, Prime Minister Johnson, nominally a Conservative, also offered a defence of progressive politics and the left-wing American leader, replying when asked if he thought Biden was “woke” that there was “nothing wrong with being woke”.

While commentators had sought to paint Mr Johnson as Britain’s Trump, he was often far away on the political spectrum from the patriotic president on several issues, including climate change theory, coronavirus strategies, and illegal immigration.

“That would not have been to the benefit of British or European security, to transatlantic trade, let alone the environmental agenda to which the Prime Minister is so committed,” former Civil Service chief Lord Sedwill had said.

While one Biden source told British media this week that he believed Johnson and Biden would “end up getting along”, claiming there will be “more empathy than there was between Boris and Donald Trump”.

“Joe’s view will be that they’ll have the destiny of the world on their shoulders so he’ll want to overcome any political differences,” they said.

Biden to Visit UK First to Plot ‘Destiny of the World’ with Boris Johnson https://t.co/xyCTepShu4