The United Kingdom has overtaken the European Union in the total number of people given a vaccination shot against coronavirus, despite having less than a sixth of the population to innoculate.

While the shock and outrage across European capitals over the continental power bloc’s failures to acquire enough vaccines to protect European Union citizens have dominated headlines for weeks, until now the EU had actually managed to vaccinate more people than the United Kingdom, although it was far behind proportionally.

Yet according to figures collected by the University of Oxford-based research project Our World in Data, the UK — despite having a population of 67 million compared to the 448 million of the wider European Union — has now vaccinated more people than the whole EU put together, both in per capita and outright terms. 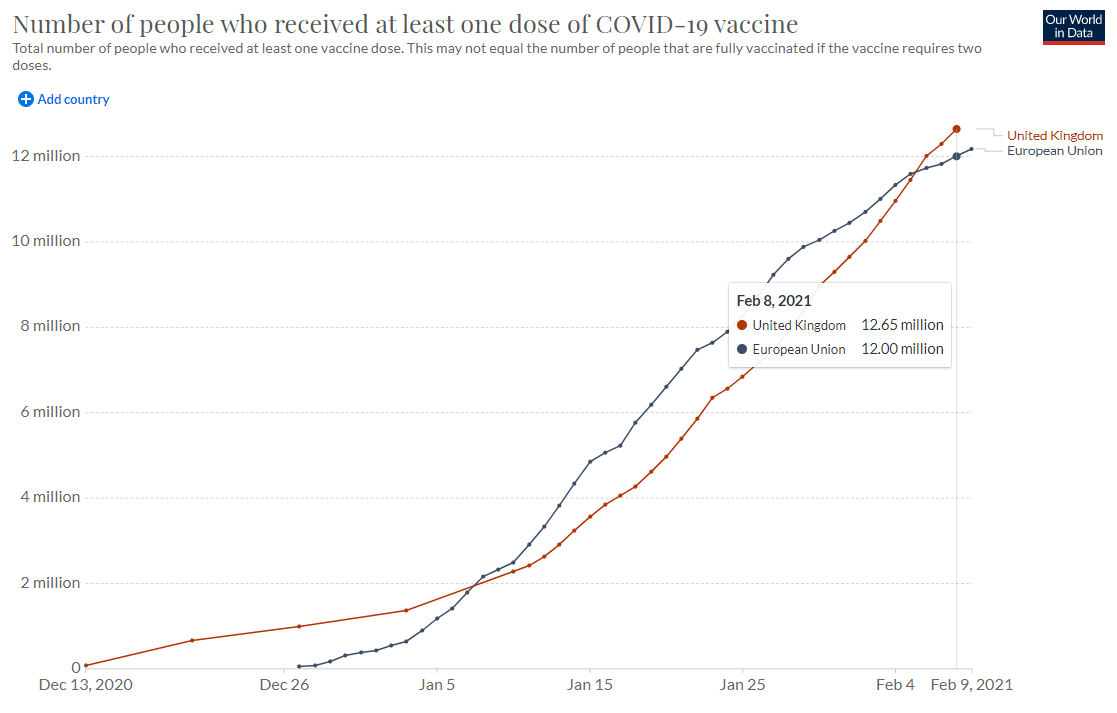 The leadership of European Commission President Ursula von der Leyen and her team came under massive criticism — particularly from Paris and Berlin whose own individual efforts have very likely been considerably held back by the EU’s incompetence — after it was revealed that while the EU had given just a couple of per cent of its population injections, the UK was racing ahead in the mid-teens.

Von der Leyen was moved to remark that in this regard, Brexit Britain more resembled a “speed boat” to the European Union’s lumbering oil tanker.

As of Wednesday, the United Kingdom had given a vaccine dose to 12.65 million people, and the 27 member states of the European Union had managed 650,000 fewer shots at 12 million. In all, 2.7 per cent of people in the EU have had at least one vaccine injection, while 18.6 per cent of people in Britain had got one or more injection.

While Brexit Britain is now ahead in per capita and outright terms when it comes to the number of people given in injection, the chairman of the German parliament’s health committee rejected the comparison on Tuesday, saying differing strategies meant, in his opinion, comparing “apples and pears”.

Committee leader and member of the German Parliament Erwin Rüddel said “the strategy is different” because the UK is working to give as many people as possible one shot and following up with second vaccination top-ups later. Germany and the European Union, on the other hand, were trying to give people in “vulnerable groups” two shots sooner, leaving others in the general population unprotected for longer. 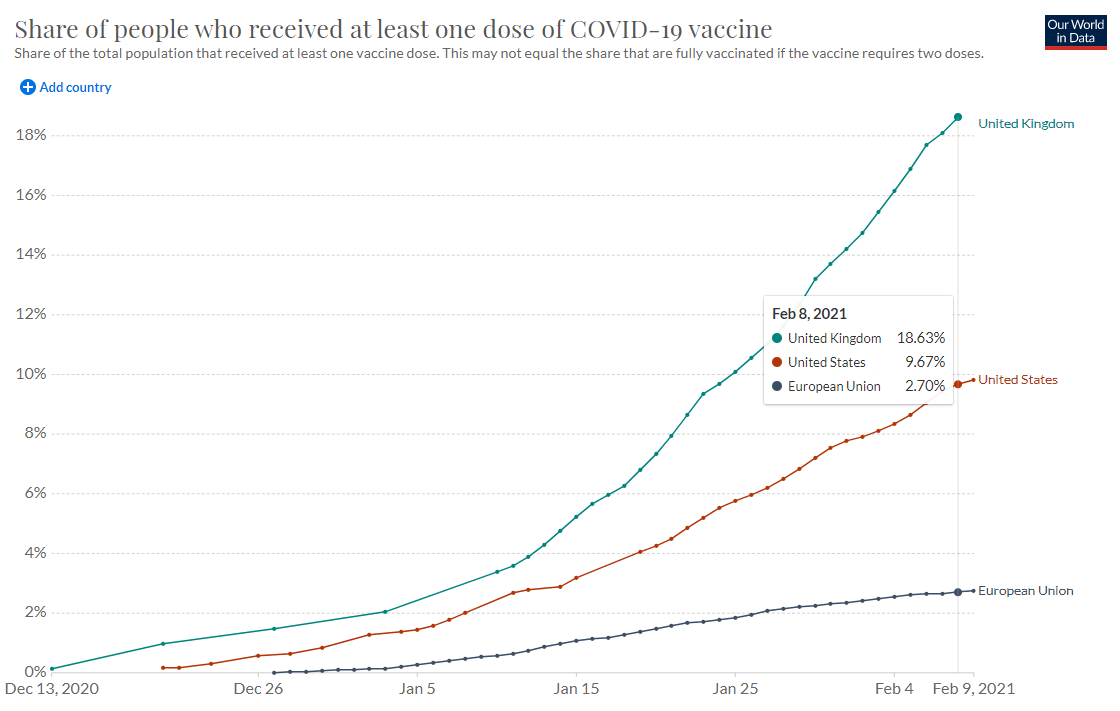 While the EU 27 states have administered around four and a half million more shots in total than the UK, it remains the case that the UK is on course to have vaccinated the whole nation months before the EU, and possibly any of its member states individually, will manage the same.

Despite the major discrepancy between the EU and the UK in terms of their capacity to offer vaccinations to their own populations, in terms of the outright number of injections give, both pale into insignificance to the United States, which has given over 43 million shots — 9.8 per cent of the population.