Monday brought the easing of restrictions that have been in place in England since early January to suppress a surge in coronavirus infections linked to a more transmissible new variant first identified in the southeast of the country.

Long lines formed outside some stores, including a branch of Nike Town in London´s busy Oxford Street, and pubs and restaurants with outdoor space reported a flood of bookings.

Helen Dickinson, chief executive of the British Retail Consortium, said businesses that have endured months of enforced closure were “excited and desperate” to welcome customers back.

At a hairdresser in Birmingham, customer Amy Smith said she was thrilled to be getting a trim at last. 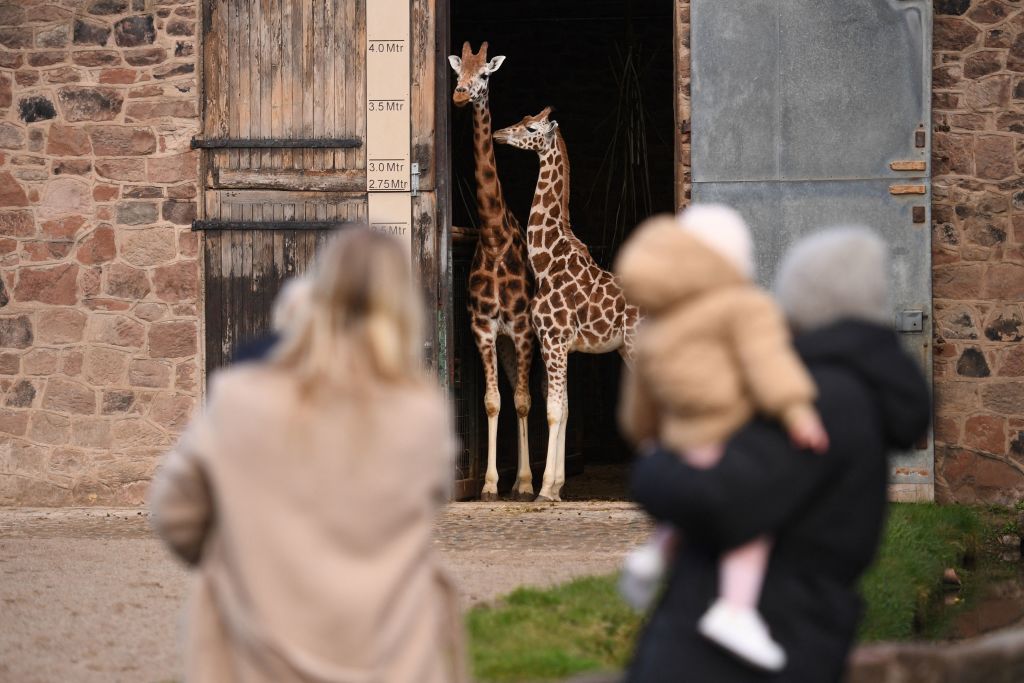 Members of the public look at Rothschild’s giraffes in their enclosure at Chester Zoo in Chester, northwest England as it reopens following the easing of restrictions as England exits its third national coronavirus lockdown on April 12, 2021. (Photo by Oli SCARFF / AFP) (Photo by OLI SCARFF/AFP via Getty Images)

“It´s great to be here, I´ve been going with this weird little topknot for a few months now,” she said. “I´m going to a go to a beer garden experience later, so it´s going to be good.”

Many people were planning outdoor meals and drinks, despite unseasonably cold weather that brought snow to some parts of London and many other areas.

Britain has had Europe´s worst coronavirus outbreak, with more than 127,000 confirmed deaths. 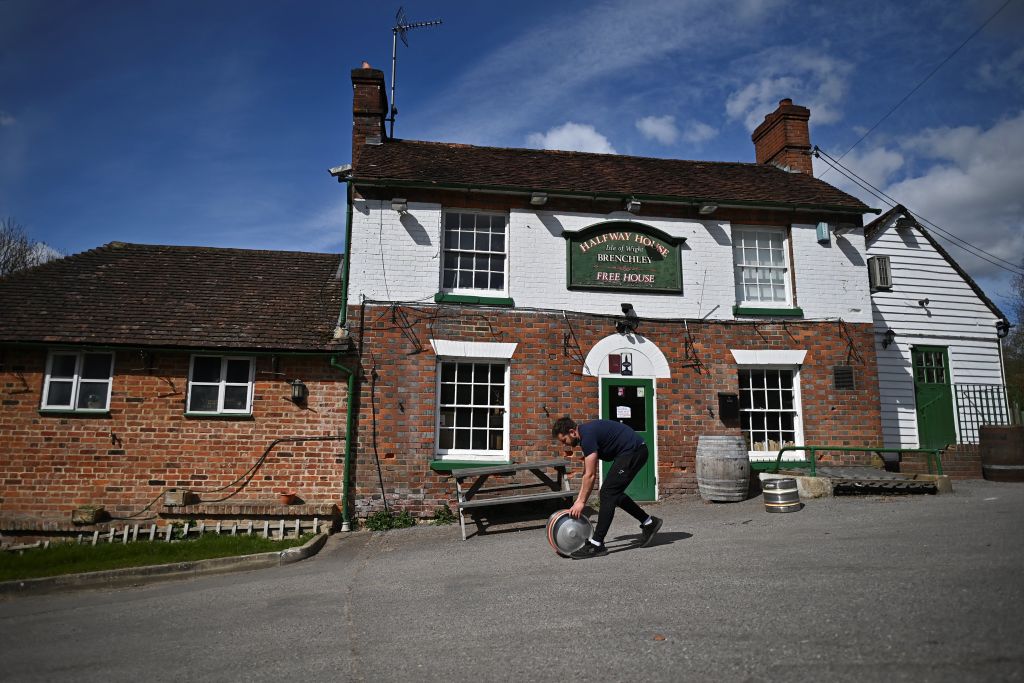 Landlord Sam Allen moves a barrel of beer outside the Halfway House pub in Brenchley, south east England, on April 9, 2021, ahead of the easing of coronavirus restrictions to allow pub beer gardens in England to reopen on April 12. – Businesses in England are preparing for a further easing of coronavirus restrictions due on April 12 after the govenment gave the go ahead for step 2 of their roadmap out of lockdown allowing non-essential retail, hair and beauty salons, indoor leisure facilities and outdoor hospitality like pub gardens to open to the public for the first time since January 6. (Photo by BEN STANSALL / AFP) (Photo by BEN STANSALL/AFP via Getty Images)

Infections, hospitalizations and deaths have all fallen thanks to the lockdown, and a mass vaccination program that has given at least one dose to more than 60% of the adult population.

The situation in Britain stands in contrast to many of its neighbors, including France, where new lockdowns have been introduced to combat surging infections and deaths.

Johnson and epidemiologists have urged caution, saying that many people remain unvaccinated and relaxing social distancing rules or allowing foreign holidays this summer could bring a new spike in infections.

Indoor drinking and dining won´t be allowed in England until May 17 at the earliest, and theaters, cinemas, nightclubs and most other venues remain closed, while indoor socializing is tightly restricted and foreign holidays remain banned.

The prime minister had promised to visit a pub for a pint to mark the occasion, but postponed the celebratory drink after the death of Prince Philip, husband of Queen Elizabeth II, on Friday at age 99.