Former French Interior Minister Christophe Castaner was booed at a rally in support of murdered Jewish woman Sarah Halimi, whose alleged killer was not charged due to his heavy marijuana use.

An estimated 20,000 people took to the streets of Paris on Sunday to protest the lack of a trial for the man who allegedly murdered 65-year-old Sarah Halimi in 2017, it is claimed, by pushing her out of the window of her Paris apartment while shouting “Allahu Akbar”.

Several protests in support of Halimi were held in other cities in France, such as Montpellier, according to a report by the French weekly magazine L’Obs. Protests were also held in Israel, the United Kingdom, and the United States.

No Trial For ‘Allahu Akbar’ Man Over Death of Jewish Woman on Account of His Heavy Marijuana Use https://t.co/N0uVrLBKxp

The protest came after Paris’s top court ruled that Kobili Traoré, Halimi’s alleged killer, would not face trial in connection with the murder, upholding previous court rulings that had determined Traoré’s excessive marijuana use had triggered a “delirious episode” and he was not criminally responsible.

Mayor Hidalgo called for a trial in the case of Halimi and said during the Paris protest: “Antisemitism is a plague. It is a scourge that undermines the foundations of our Republic.”

Francis Kalifat of the Jewish group CRIF had previously commented on Halimi’s case, saying: “We do not understand the determination and procrastination that consistently seeks to turn this killer into a demented person, when he is a murderer whose presumed detention doesn’t even hide his hateful anti-Semitism.” 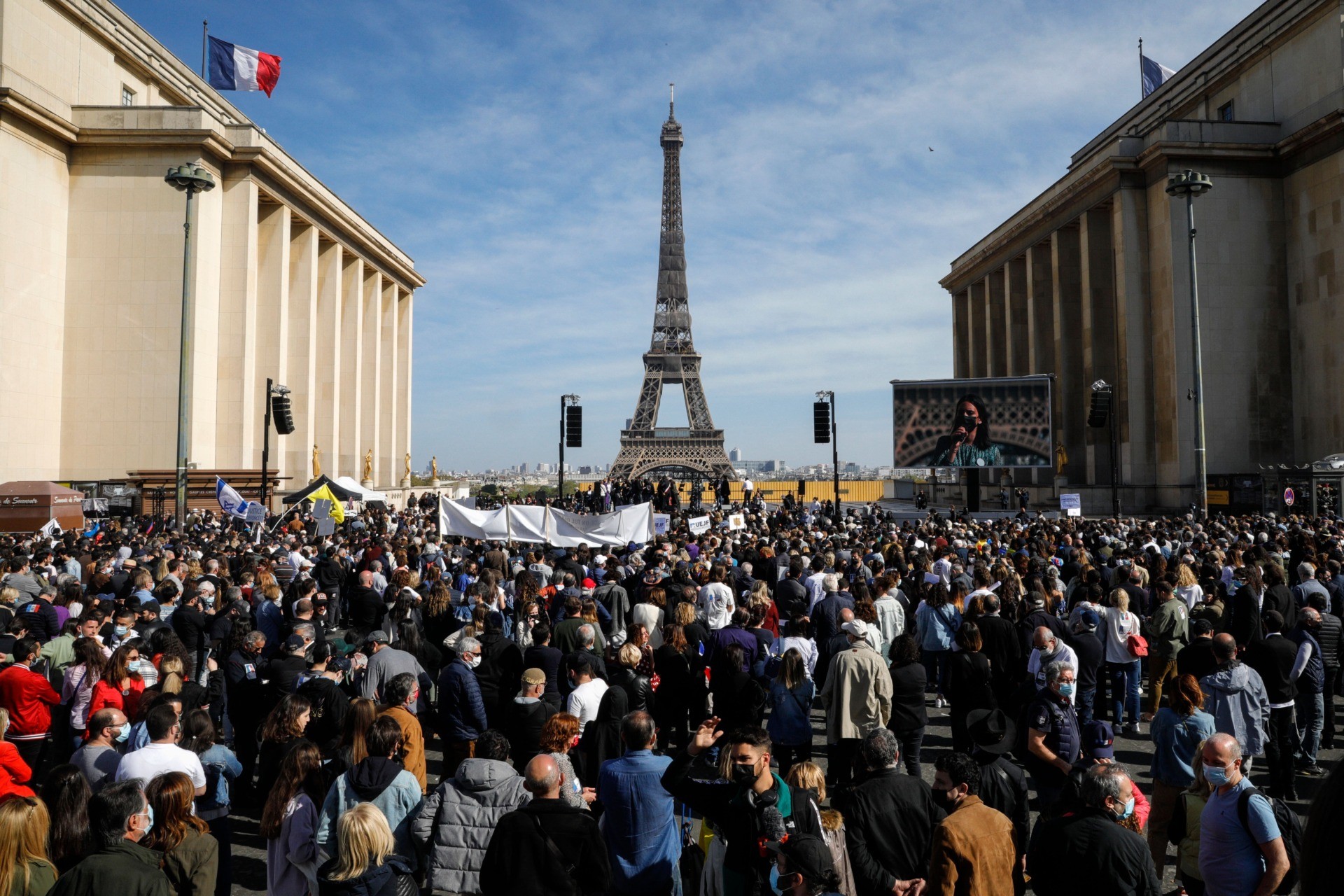 TOPSHOT – People gather to ask justice for late Sarah Halimi on Trocadero plaza in front of the Eiffel Tower in Paris on April 25, 2021. – Halimi, a 65-year-old Orthodox Jewish woman, died in 2017 after being pushed out of the window of her Paris flat by neighbour Traore, 27, who shouted “Allahu Akbar” (“God is great” in Arabic). Traore, a heavy cannabis smoker, has been in psychiatric care since Halimi’s death and he remains there after the ruling. (Photo by GEOFFROY VAN DER HASSELT / AFP) (Photo by GEOFFROY VAN DER HASSELT/AFP via Getty Images)