Police unions claim that up to 35,000 police officers and citizens demonstrated against anti-police violence in front of the lower house of the French parliament in Paris.

The large-scale demonstration comes just two weeks after the murder of French police officer Eric Masson in the city of Avignon and at a time when police across the country face increasing levels of urban violence and attacks. 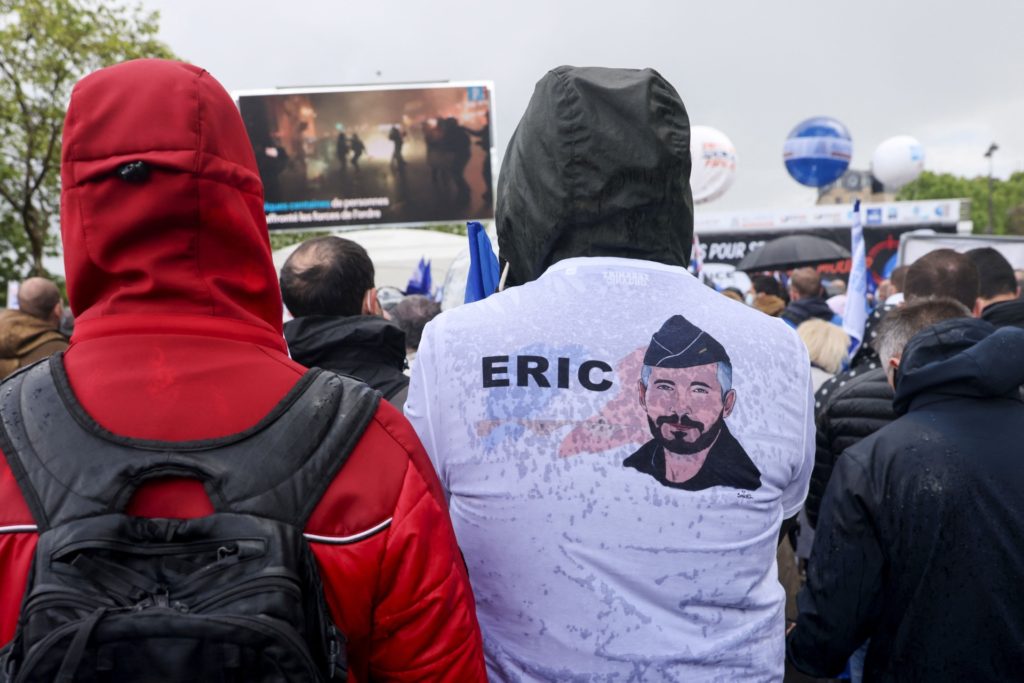 A protestor wears a shirt depicting a portrait of police officer Eric Masson, who was killed on May 5 during an anti-drug operation, as police officers gather for a rally in Paris on May 19, 2021, to demand harsher punishment for attacks against their own.  (Photo: THOMAS COEX/AFP via Getty Images)

Several prominent French politicians also participated in the demonstration, but the ten police unions who organised the event specifically set out rules that no politicians would be given a platform to make speeches at the event, France 24 reports.

Interior Minister Gérald Darmanin was spotted early on at the protest and told attendees: “Every morning when I awake, every night when I sleep, I think of you.”

Attacks On French Police Officers Have Doubled in 20 Years https://t.co/UvGlhyvtRu

According to a report from broadcaster BFMTV, police questioned the interior minister, with one official saying: “Mr Minister, help us. It’s getting worse and worse. The job of a police officer today is very difficult. Every night, we hope to go home. It can’t last any longer. We have to be protected.”

French populist National Rally (RN) leader Marine Le Pen did not attend the protest as she was in the city of Bordeaux, but expressed her “full and total support” for the officers and said: “Police officers work in precarious, extremely difficult conditions.”

Le Pen enjoys a large share of support from police and soldiers in France, with a recent poll stating that up to 60 per cent would vote for her in the French presidential elections next year. 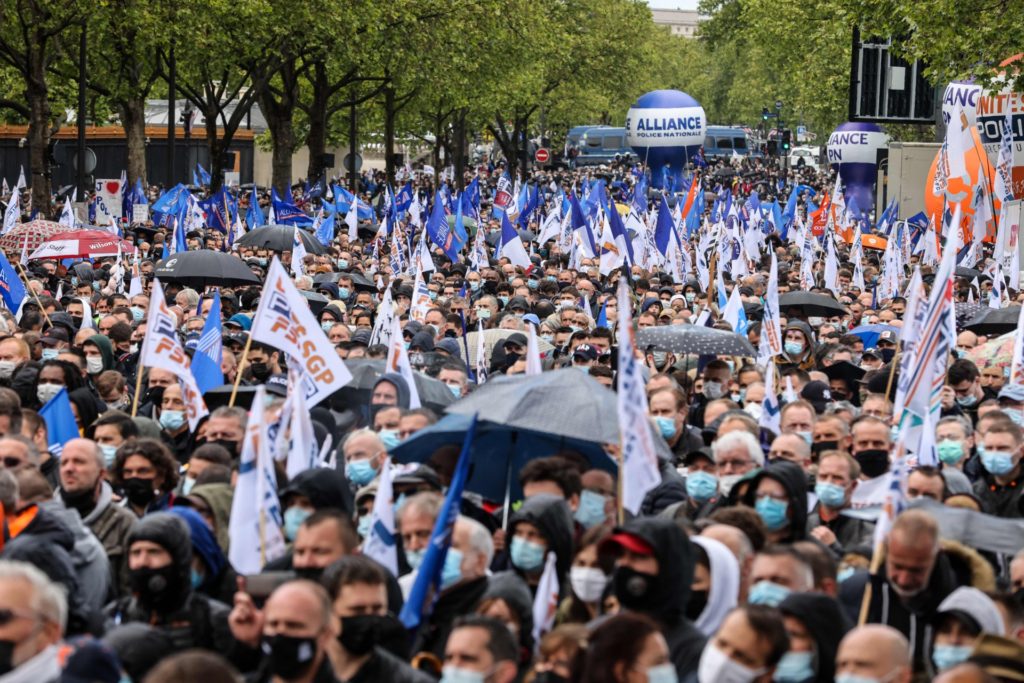 Police officers wave flags of police unions as they gather for a rally in Paris on May 19, 2021, to demand harsher punishment for attacks against their own, two weeks after an officer was shot dead while investigating drug deals. (Photo: THOMAS COEX/AFP via Getty Images)

Police at the protest called for new laws that would guarantee jail sentences for individuals who physically attack them and reforms to the justice system for repeat offenders.

The statistical services of the French Ministry of the Interior reported in February that attacks on police have doubled in the last 20 years and that there is an average of 85 incidents against public authority officials every day across the country.