Danyal Hussein, 19, has been found guilty of murdering two sisters in a Wembley park in order to fulfil his satanic pact to “sacrifice” six women every six months in exchange for winning the lottery.

Hussein, then 18, had fatally stabbed Bibaa Henry (46) and Nicole Smallman (27) on the night of June 6th, 2020, in Fryent Country Park in the north-west London town after the sisters had been celebrating with friends Ms Henry’s birthday and the partial break from lockdown that summer.

The friends had left, and the sisters decided to stay in the park to continue enjoying their evening. When the women failed to return home, loved ones took to searching the park, first finding the women’s sunglasses and a knife. Ms Smallman’s boyfriend, Adam Stone, found the two sisters, their bodies intertwined as if in sacrifice, in the undergrowth in the park two days after they went missing, according to the BBC.

It is believed that Hussein chose his victims at random, stabbing Ms Henry eight times and Ms Smallman 28 times. It is believed Ms Henry was taken by surprise, while her younger sister had put up a fight, thus resulting in her higher number of injuries. Hussein had then dragged the women’s bodies into the undergrowth and disposed of their mobile phones into a pond.

Analysis of pictures from one of the women’s cameras shows images from that evening, including the last few snaps of the sisters dancing together while draped in fairy lights. The last image, taken at 1:13 am, shows the women looking off-camera as if interrupted by something out of view. Police believe that was the moment Ms Henry and Ms Smallman saw Hussein.

A jury at the Old Bailey found Danyal Hussein guilty of the sisters’ murders on Tuesday and he will be sentenced on September 22nd. 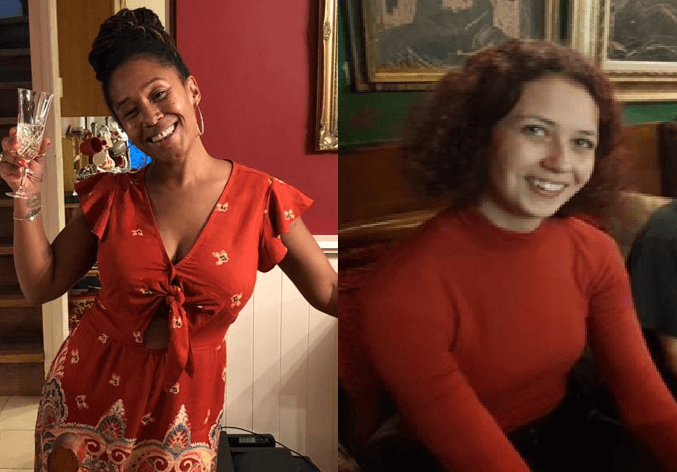 The court heard that DNA belonging to the murderer was found at the crime scene and linked via his father whose genetic profile was on the police database after having received a caution. On July 1st, police raided Hussein’s home.

Hussein was revealed to have had an interest in the occult, mythology, and Satanism. He had also researched far-right ideology and while being of Iraqi-Kurdish heritage, reportedly considered himself ‘Aryan’.

Evidence related to the beliefs was uncovered by investigators, who found a pact, written by Hussein, to a demon to “perform a minimum of six sacrifices every six months for as long as I am free and physically capable” in exchange for winning the “Mega Millions Super Jackpot” and other rewards that consist of “wealth and power”.

He had promised to kill “only women”, and build a temple to “the mighty king Lucifuge Rofocale”, believed in Satanism to be the treasurer of hell.

He had also written a note to the demon “Queen Byleth” asking for a girl at school to fall in love with him in exchange for blood, incense, and chocolate.

The Times reports that it understands while his conversations online showed “some limited evidence of far-right thoughts”, it was mostly focused on occultism and love spells.

A teenager who drew up an agreement with a “demon” to sacrifice women has been convicted of the murders of Bibaa Henry and Nicole Smallman.

📺 Watch to find out how officers used DNA, forensic evidence and CCTV to put Daniel Hussein behind bars.

Detective Chief Inspector Simon Harding described the teen as a “very, very dangerous and evil person” who he “strongly” believed “would have carried on killing”. Hussein only took a pause in his murderous plans owing to the cuts he had received on his hands while killing the two sisters.

The eldest of four siblings, Hussein grew up in the affluent London suburb of Blackheath. Neighbours reported “screaming and shouting” often coming from the household, and his parents had separated when he was a teenager.

Subsequent reporting since the verdict suggested authorities missed opportunities to protect the public from Hussein.

Aged 15, Hussein’s school had referred him to Prevent, the government’s counter-extremism strategy, on account of his looking at dead bodies on school computers, as well as far-right propaganda. Considered a person of concern, he was then put on the Channel panel, intended for those most at risk of being pulled into extremism or terrorism. However, he was discharged in 2018. Just six and 12 months later, authorities again were in contact with him.

After he was discharged by Prevent, he was said to have become “fascinated by demons”. In response to the verdict, the Met’s Assistant Commissioner Neil Basu said that officers needed to better understand “niche ideologies”, including Satanism.

The women’s mother, Reverand Mina Smallman, a retired archdeacon at the Church of England, read out the statement in court: “I understand poor upbringing, greed, I taught boys at secondary school and out of thousands of boys I have taught, I have never come across such evil.

“If any good comes out of this, had he not been found, he had another four women lined up to murder to meet his pact with his so-called demon.”

Mrs Smallman told BBC Radio 4’s Today programme that when the verdict was read out, Hussein looked “straight in my eyes” and gave a “sinister little smile”.

The mother said: “So I smiled back and I winked at him and he went doolally because I gave him that and I wouldn’t give him the privilege of letting him feel that he’d destroyed me.”