Conservative Spanish People’s Party leader Pablo Casado joined a protest against the Cuban government, stating that the Cuban regime was a “dictatorship”.

Mr Casado joined hundreds of others who gathered to protest the Cuban regime in Madrid on Sunday and later stated on Twitter: “Cuba is a dictatorship. I have come to support SOS Cuba and to call for democracy and freedom for the Cuban people. Homeland and Life.”

Other demonstrators called for freedom in Cuba and waved Cuban flags while chanting slogans in solidarity with the recent anti-regime protests in the Caribbean country.

Beluca Calderón, a self-employed 47-year-old taking part in the protest, told AFP: “We want democracy, freedom, homeland and life.” Calderón also called for an end to “the arrests, torture, and murders” of those engaging in protests in Cuba. 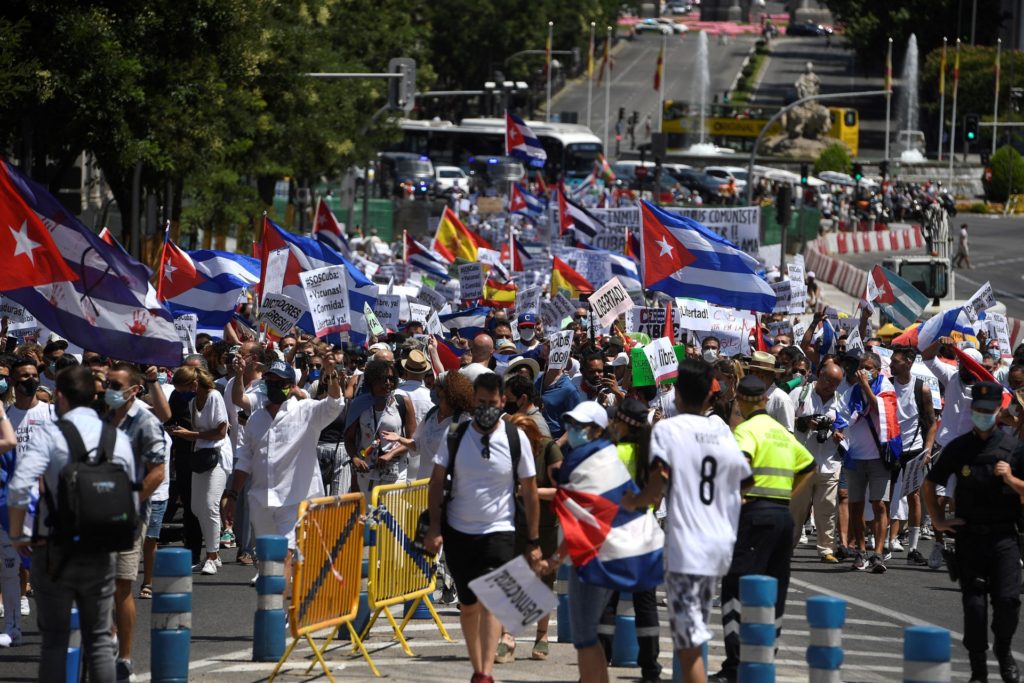 Protesters waving Cuban flags march along the Gran Via avenue in Madrid on July 25, 2021 in support of anti-government protests that were held in Cuba. (Photo: PIERRE-PHILIPPE MARCOU/AFP via Getty Images)

Casado’s comments come as the Spanish government led by Socialist Party Prime Minister Pedro Sánchez has been criticised for not speaking out on the Cuban protests or condemning the regime’s actions against the protestors.

Populist party VOX has been at the forefront of the criticism against Sánchez, producing a motion in the Spanish parliament calling on the government to condemn the Cuban regime.

“From here, congress, we send a message of encouragement and support to all the Cuban people. They have us by their side. We denounce the wave of terror and blood. Twenty journalists have been arrested. We demand their immediate release and that of all Cubans who remain incarcerated as political prisoners,” VOX MP Iván Espinosa de los Monteros said. 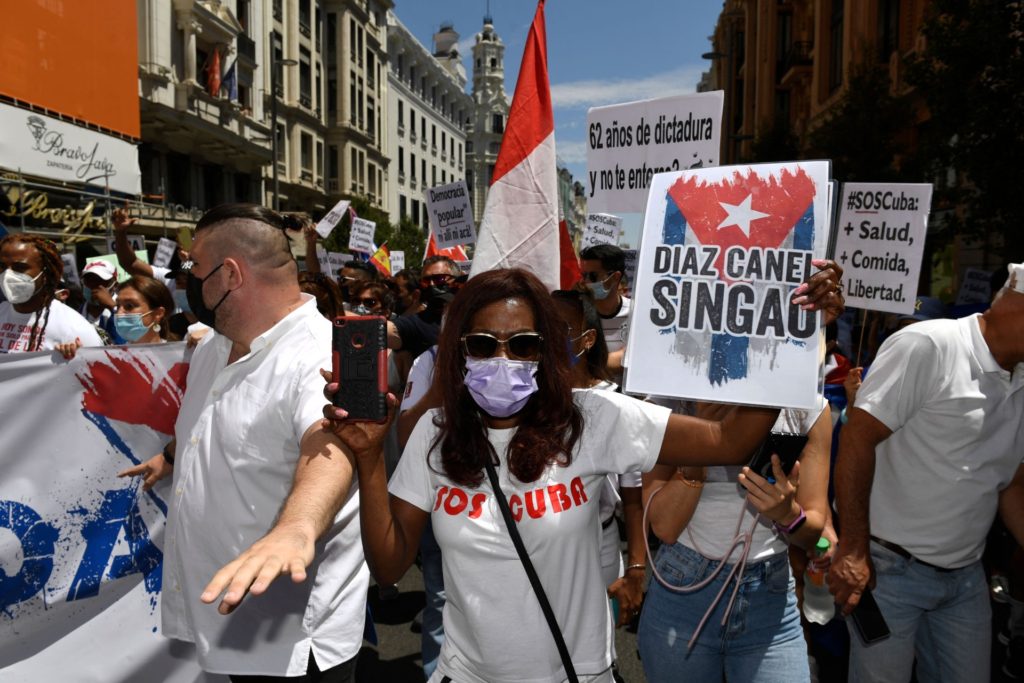 Prime Minister Sánchez, meanwhile, has acknowledged that Cuba is not a democracy, but has refused to use the term dictatorship in reference to the Cuban government.

Last week, the Spanish leader gave an interview stating that he was in solidarity with the Cuban people but criticised the United States embargo of the country.

“To understand what is happening in Cuba in a global way, we have to understand that covid is hitting the island very hard, especially because of a fundamental sector that is tourism and even more so because of the embargo,” he said.