London’s Metropolitan Police shut down a peaceful protest against vaccine passports and other coronavirus restrictions in Clapham Common, London with an an officer claiming that the group’s sound system was “unlicensed”.

On Saturday, between one and two thousand people took to the streets of London marching from Hyde in Central London across the River Thames to Clapham Common. 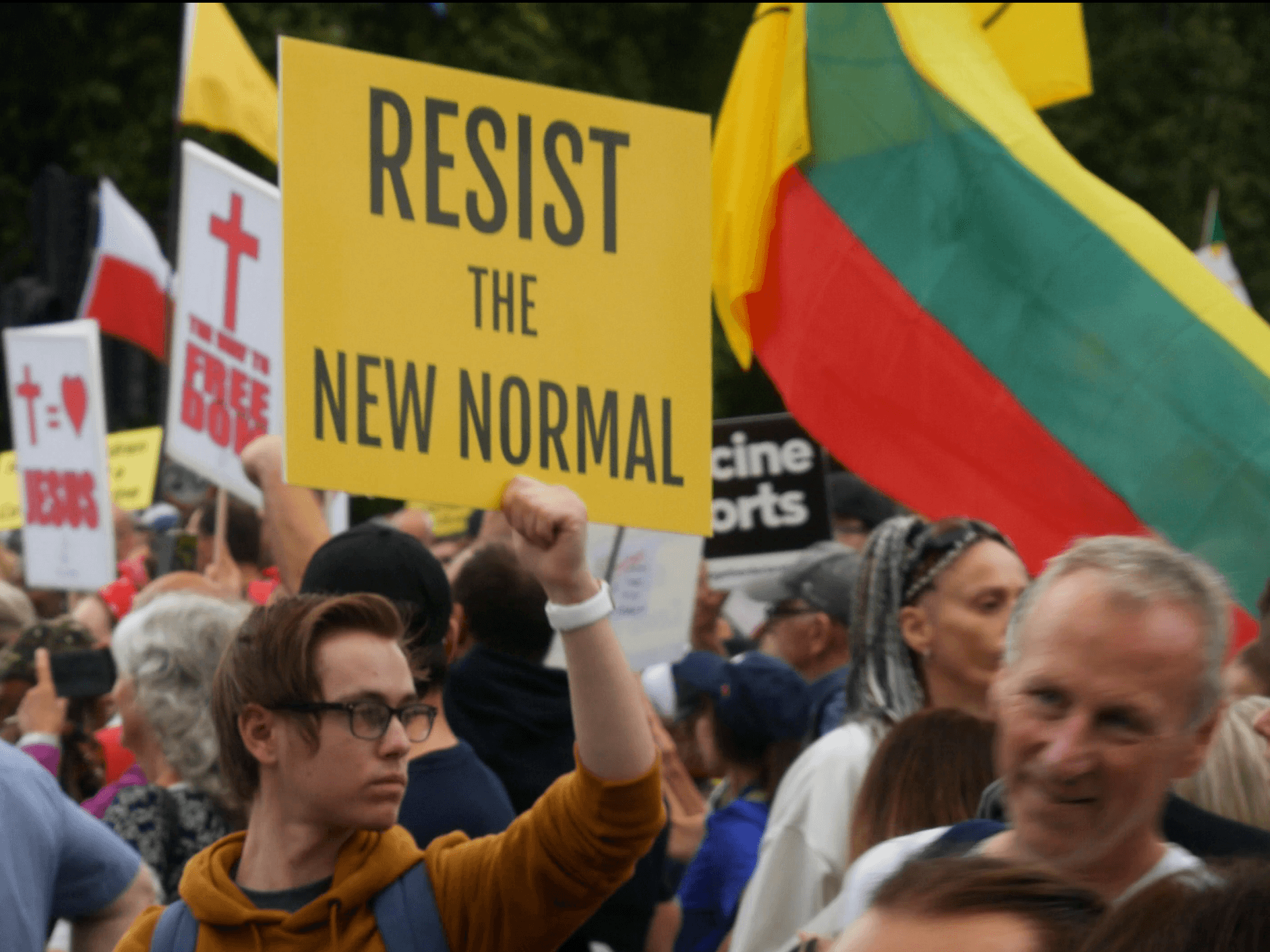 A protester is seen carrying a placard reading “Resist the New Normal” at a protest against vaccine passports in London. September 25th, 2021. Kurt Zindulka, Breitbart News

The march culminated in Clapham Common park, where a sound stage in a truck played DJ music, turning the protest into a ‘freedom rave’ of sorts.

At around 6 pm the sound stage hosted speakers, including activist James Harvey, who founded the group Students Against Tyranny.

“They don’t care about you, they never have. Now is the time to stand up and say no,” he added. 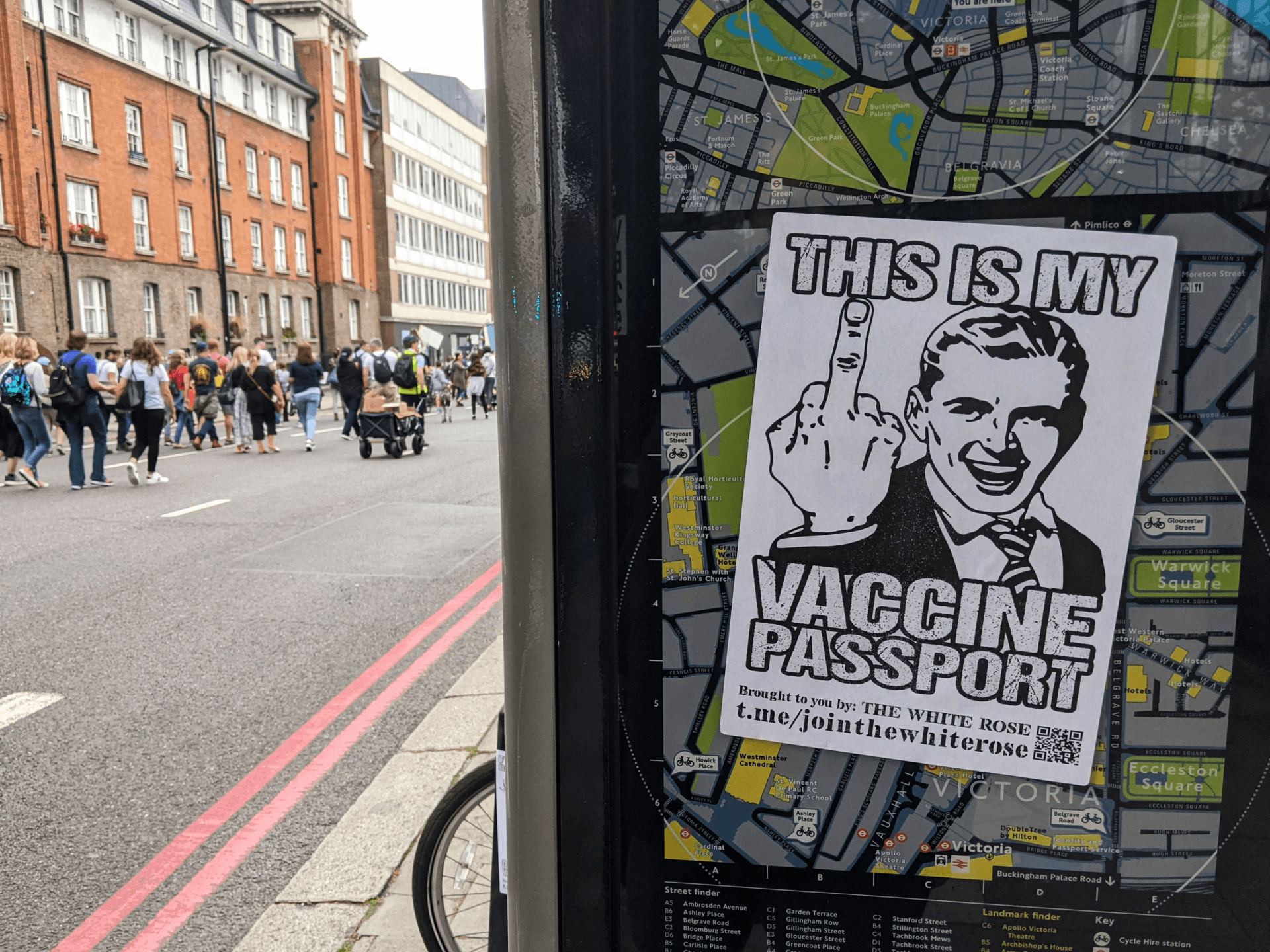 FiFi Rose, the organiser of the UK branch of the Stand in the Park movement, said: “We hold the power, the one thing they fear the most is us stepping into our power, embodying our truth and knowing that nobody has any authority over us.”

With ironic timing, as a speaker from the civil rights campaign group Lawyers for Liberty was recounting an incident of police violence at previous anti-lockdown protests, approximately twenty officers surrounded the stage and shut down the event.

Many more officers, some dressed in riot gear, were seen by Breitbart London amassing on the outskirts of the protest. However, tensions were brought down as the organisers pled with the crowd to not engage and to disperse in order to avoid arrest.

One protester was heard telling the police: “We are not against you, we are against government tyranny.”.

The Met did not announce any arrests or give an official explanation for the dispersal, however, the local Lambeth Police Force announced on social media that they would be enacting a sections 60 order, granting officers power to stop and search people within a given area. The force said that the move came in response to “intel received of possible violence”.