Environmental activists from an Extinction Rebellion (XR) offshoot set fire to a prop boat and filled the air with plumes of smoke to protest climate change and fossil fuels.

Two so-called environmentalists from Ocean Rebellion, one dressed as Britain’s Prime Minister Boris Johnson, set fire to the small boat bearing a sail reading, “Your children’s future” on the banks of the River Clyde in Glasgow, Scotland, opposite the site of the United Nations COP26 climate conference which starts on Sunday.

Footage shared on social media and pictures from the protest showed smoke from the fire rising into the air. The activists from Ocean Rebellion, founded in August 2020 as an offshoot of XR, also burnt fake money, some of which was seen strewn on the ground. 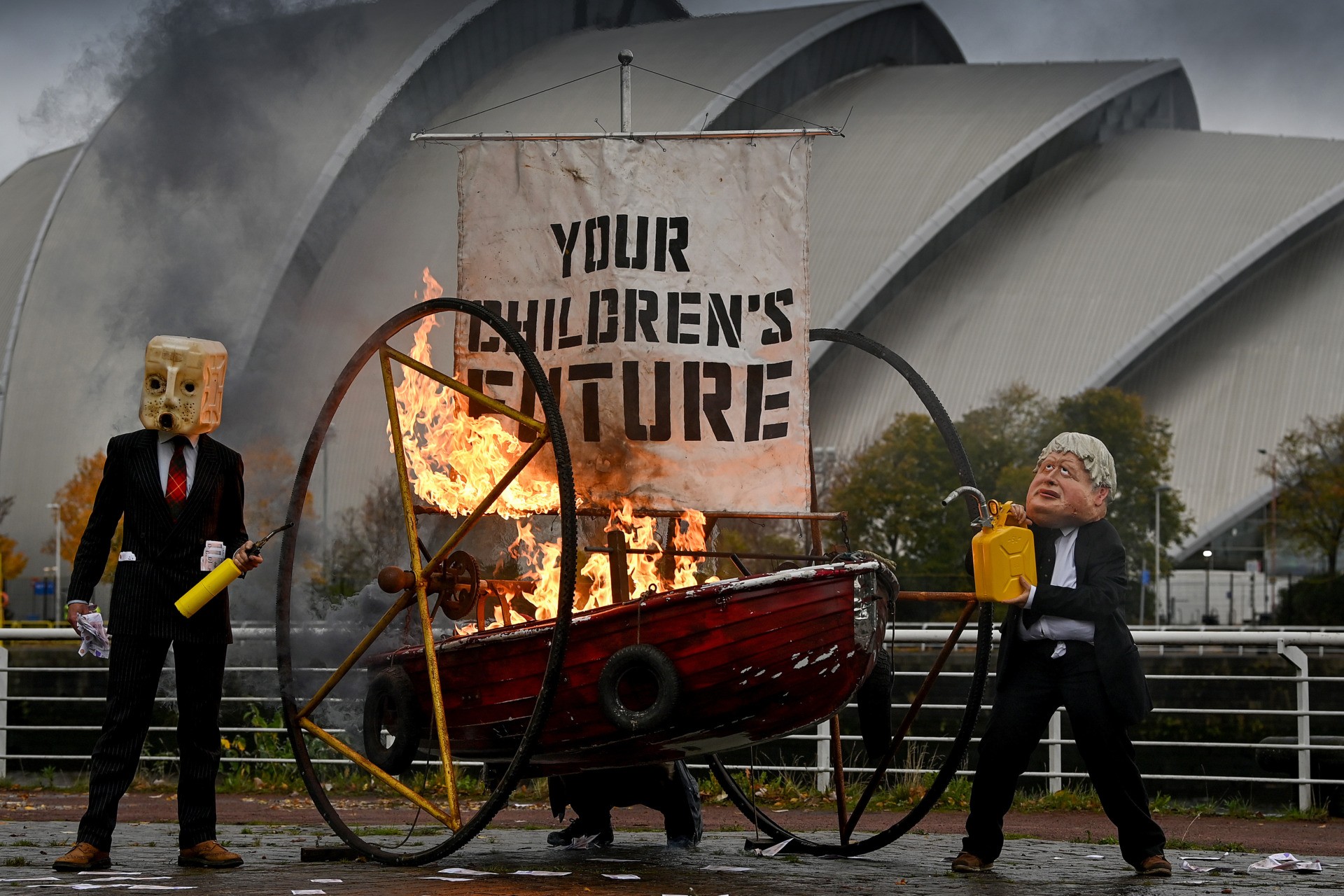 GLASGOW, SCOTLAND – OCTOBER 27: Activists from Ocean Rebellion dressed as Boris Johnson and an Oilhead set light to the sail of a small boat as they protest next to the River Clyde opposite the COP26 site on October 27, 2021 in Glasgow, Scotland. The Extinction Rebellion-affiliated group staged their protest on the banks of the River Clyde, opposite the Hydro building, one of the venues of the coming COP26. (Photo by Jeff J Mitchell/Getty Images)

The activists said the scene “represents the UK Government’s total lack of purpose in combating catastrophic climate change, ocean acidification and biodiversity loss that will devastate all our futures and leave a dead ocean for future generations”, according to The National.

The group demands the closure of the Cambo oil field, situated off the west coast of the Shetland Islands in Scotland. 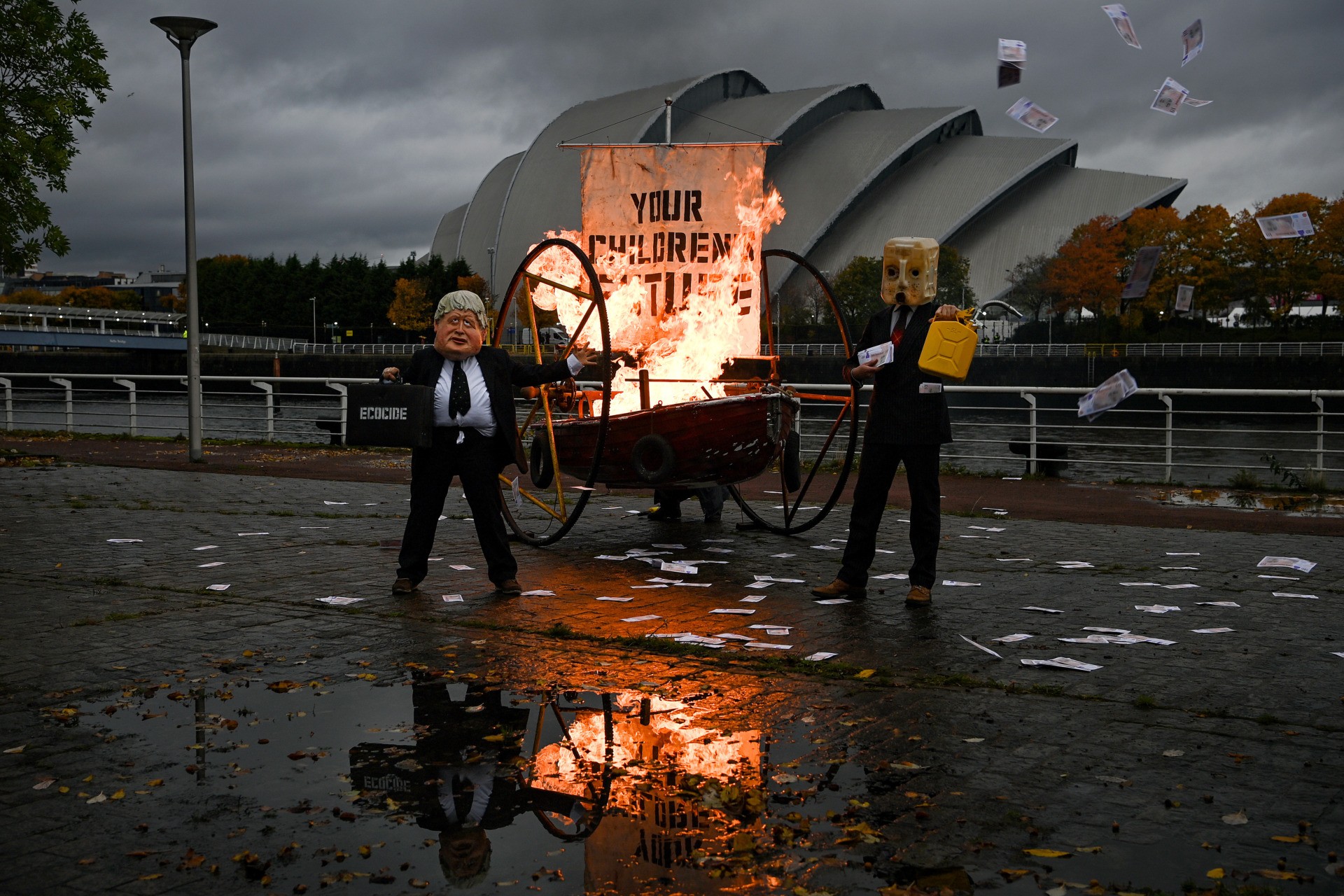 The Home Office was the site of another Extinction Rebellion protest in February 2020, where activists appeared to care more for theatrics than the environment and dug up the grass outside of the government building, supposedly in protest of coal mining. 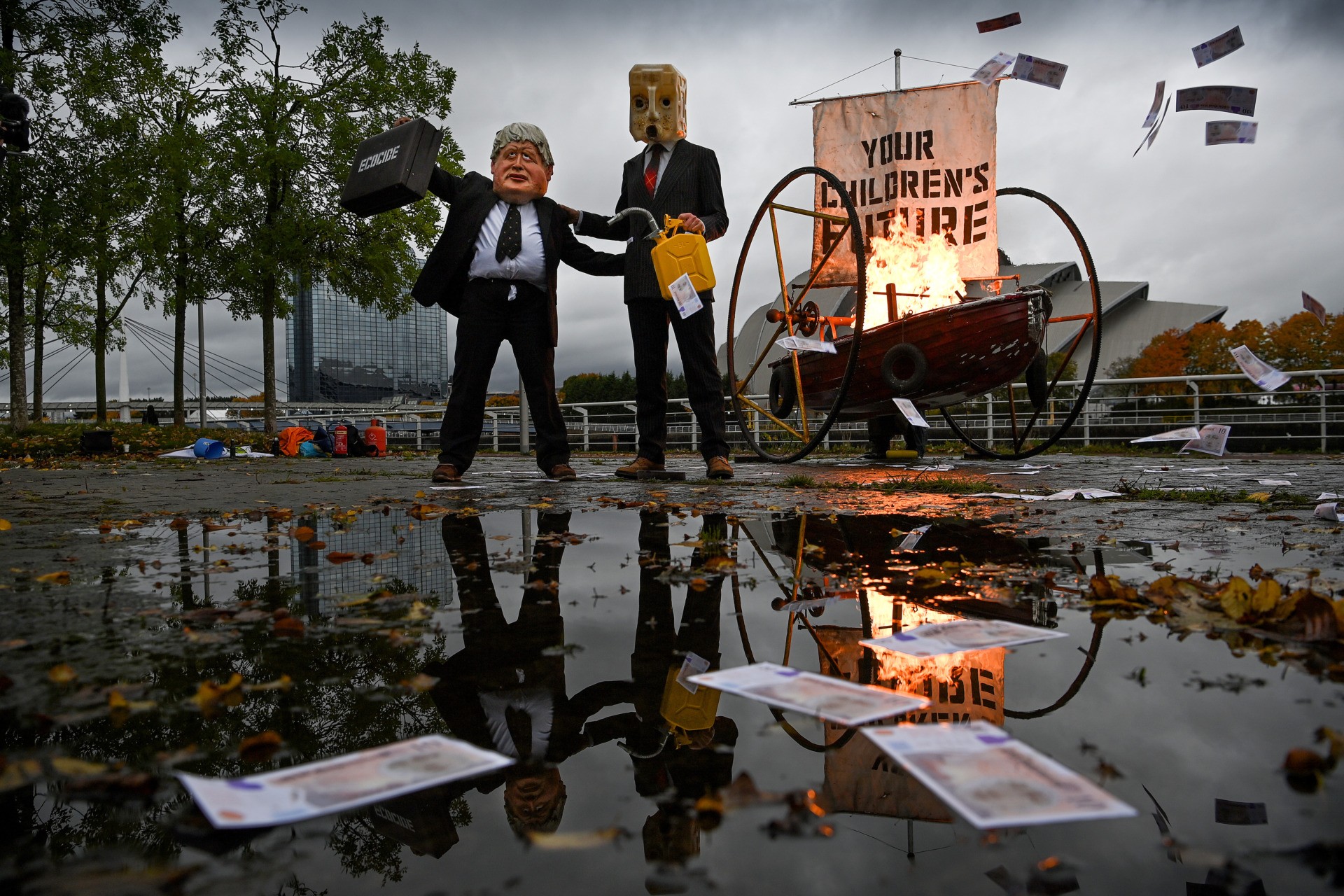