Queen Elizabeth II has pulled out of attending a reception for world leaders at the COP26 climate conference in Scotland next week after receiving advice from doctors to rest.

The 95-year-old monarch, who is due to become the first British sovereign to celebrate 70 years on the throne on Her Majesty’s Platinum Jubilee in 2022, was due to travel to Scotland on Monday for the climate summit. COP26 will also to be attended by the next in line to the throne, Prince Charles, his wife Camilla, Duchess of Cornwall, son Prince William, Duke of Cambridge, and daughter-in-law Kate, Duchess of Cambridge.

A Buckingham Palace spokesman said, according to The Times, that “Following advice to rest, The Queen has been undertaking light duties at Windsor Castle. Her Majesty has regretfully decided that she will no longer travel to Glasgow to attend the evening reception of COP26 on Monday.

“Her Majesty is disappointed not to attend the reception but will deliver an address to the assembled delegates via a recorded video message.” 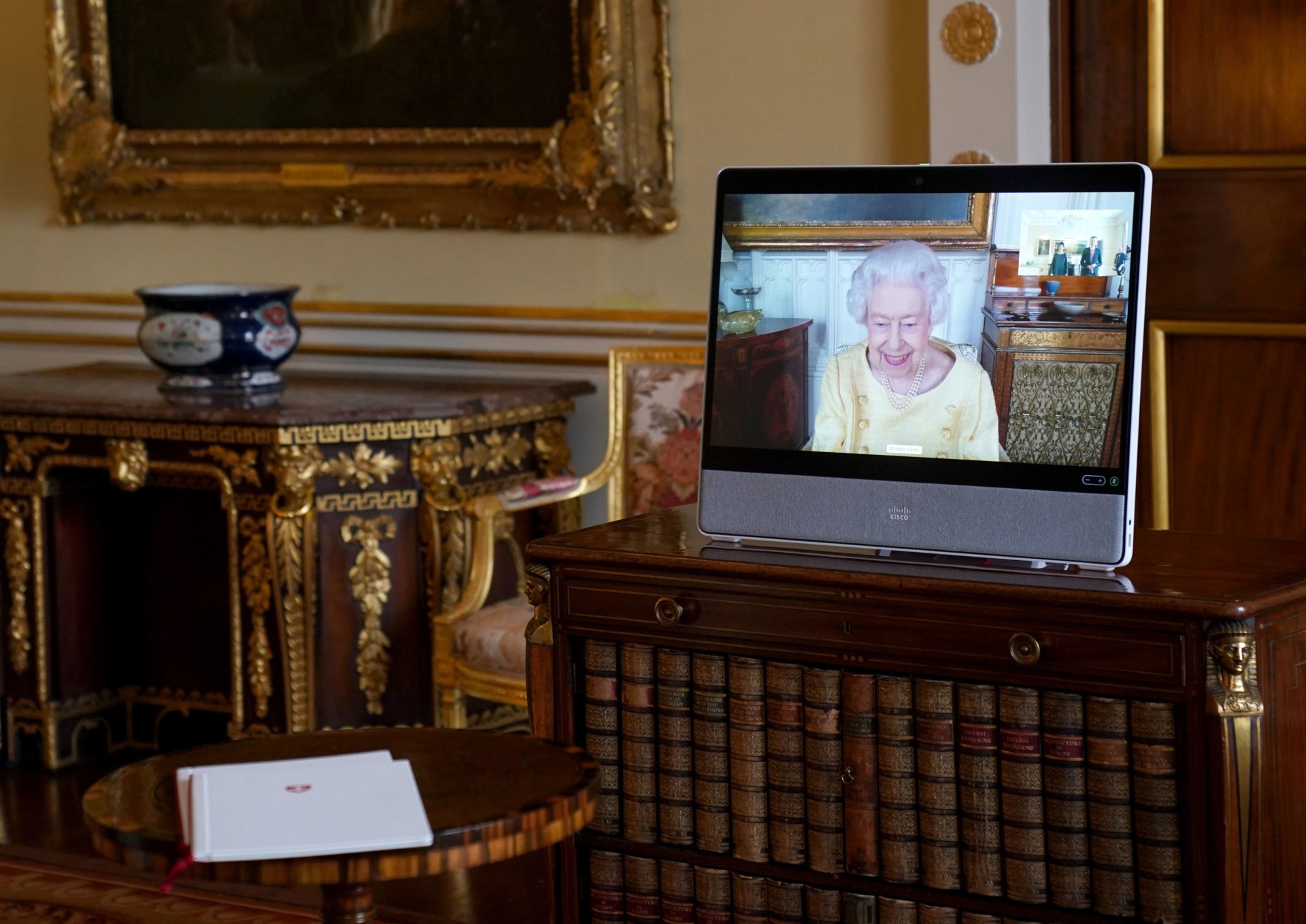 LONDON, ENGLAND – OCTOBER 26: Queen Elizabeth II appears on a screen via videolink from Windsor Castle, where she is in residence, during a virtual audience at Buckingham Palace, on October 26, 2021, in London, England. (Photo Victoria Jones – Pool/Getty Images)

Last week, the monarch pulled out of a planned engagement in Northern Ireland and stayed overnight at King Edward VII’s Hospital in Central London for “some preliminary investigations”. It was the Queen’s first overnight stay in hospital in eight years.

She then returned to her home at Windsor Castle and was said to be “in good spirits”.

On Tuesday, Queen Elizabeth II carried out her first royal engagements in a week, conducting separate virtual meetings via videolink with South Korea’s newly-installed ambassador to London, Kim Gunn, and his wife Hee Jung Lee, and with Switzerland’s ambassador, Markus Leitner, and his wife Nicole Leitner.