The “Glorious Dead” of the United Kingdom and British Commonwealth were honoured at the Cenotaph on Remembrance Sunday without the Queen, who is suffering from an injury.

It was expected that the Queen would watch the wreath-laying at the monument to the fallen from the balcony of the Foreign and Commonwealth Office — the 95-year-old laid a wreath herself until 2017 — during the National Service of Remembrance, despite her having had to pull out of an in-person appearance at the COP26 climate summit recently for health reasons.

Buckingham Palace revealed early this morning that the monarch had “with great regret” had to give up her “firm intention” to attend, however, due to a back sprain, leaving her son and heir Prince Charles, 73, as the most senior royal to attend the service.

Prince Charles lays a wreath on behalf of the Queen at the Cenotaph in London as part of Remembrance Sunday commemorations https://t.co/XuejYXPoaP pic.twitter.com/gvWfdu4qf1

The monarch’s no-show at the event, coming so soon after she pulled out of COP26 and a hospital stay in late October, prompted wild speculation about her health, with liberal pundit Piers Morgan, among others, insisting that “There’s something we’re not being told about the Queen’s health” and that the situation is “clearly a more serious situation than the Palace is saying.”

However, BBC royal correspondent Jonny Dymond said that it is “understood that the Queen will not need hospital treatment” for the sprain, quoting a Palace official as saying the monarch is a victim of “incredibly unfortunate timing”.

Prince Harry and his wife Meghan, who have given up their public duties as “working royals” to pursue activism and moneymaking ventured in the United States, were also absent from the ceremony, but not for health reasons. 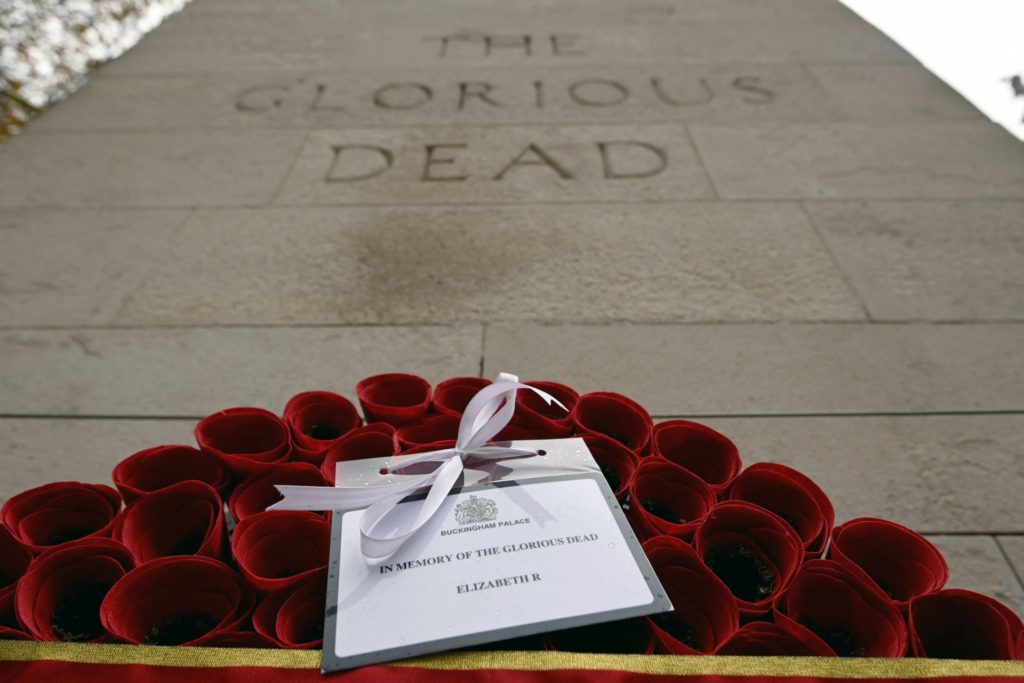 A message from Britain’s Queen Elizabeth is seen in detail on a wreath beside The Cenotaph following the Remembrance Sunday ceremony on Whitehall in central London, on November 14th, 2021. Remembrance Sunday is an annual commemoration held on the closest Sunday to Armistice Day, November 11th, the anniversary of the end of the First World War and services across Commonwealth countries remember servicemen and women who have fallen in the line of duty since WWI. (Photo by TOBY MELVILLE/POOL/AFP via Getty Images) 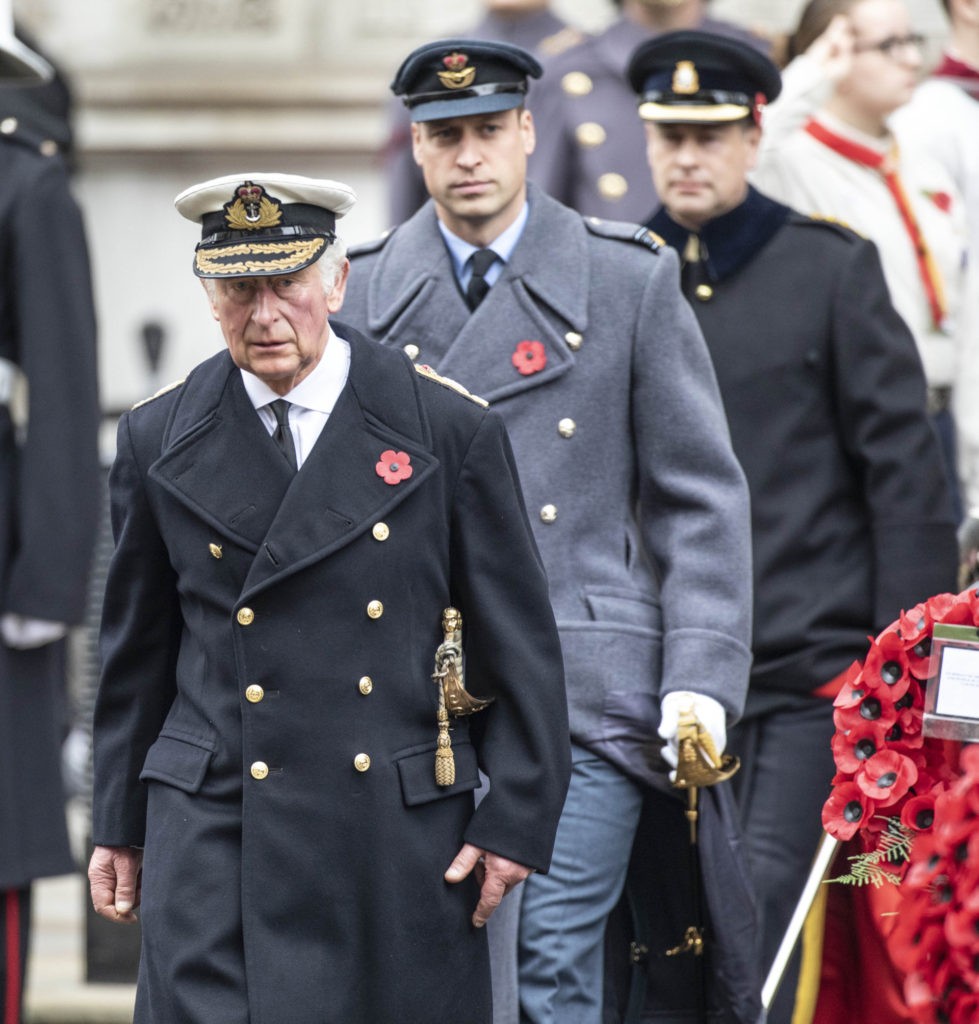 Prince Charles, Prince of Wales leads Prince William, Duke of Cambridge, and Prince Edward, Earl of Wessex to the Cenotaph during the National Service of Remembrance on November 14th, 2021 in London, United Kingdom. This year’s event will see a return to pre-pandemic numbers of participating veterans, military and members of the public. (Photo by Richard Pohle – WPA Pool/Getty Images) 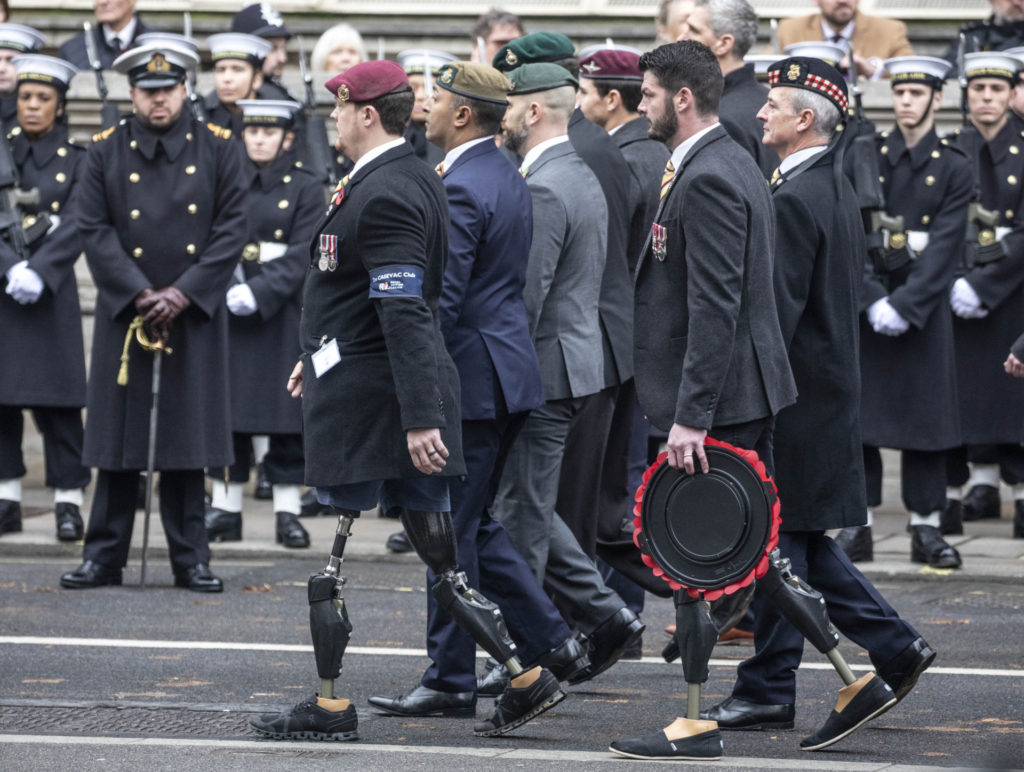 Veterans with artificial legs march past the Cenotaph during the National Service Of Remembrance on November 14th, 2021 in London, United Kingdom. (Photo by Richard Pohle – WPA Pool/Getty Images) 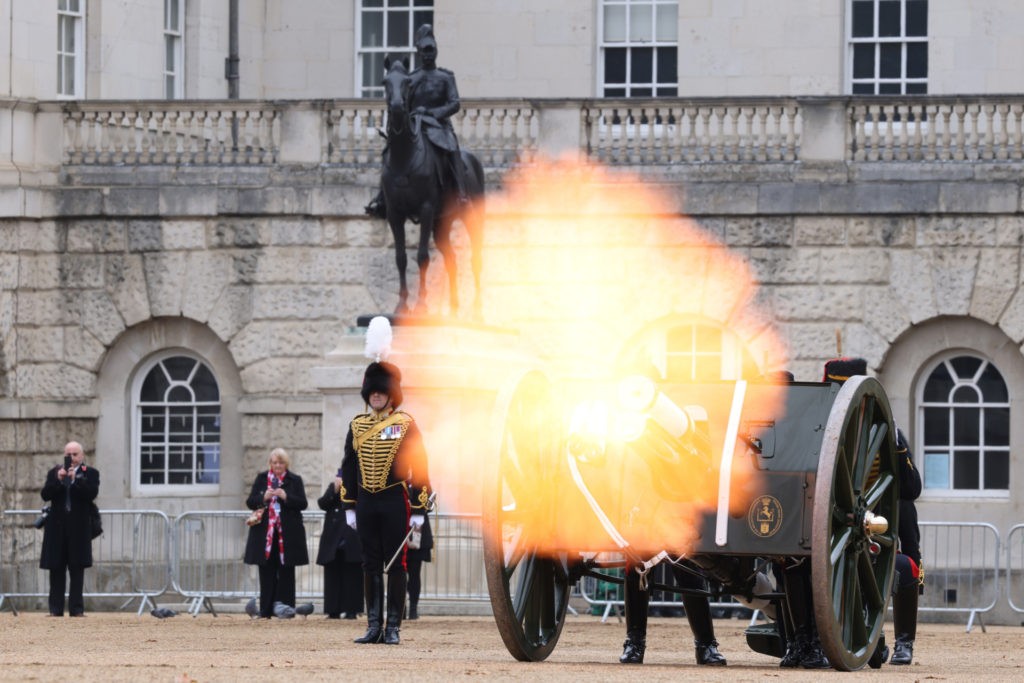 Members of The Kings Troop Royal Horse Artillery fire a cannon at Horse Guards Parade during the National Service of Remembrance on November 14th, 2021 in London, England. (Photo by Hollie Adams/Getty Images)