The situation along the Ukraine-Russia border is so serious that one hesitates to make a quip, but here goes: If you ever get a chance to play poker with Joe Biden, take it. As you’re playing, Biden will talk a lot and maybe reveal his cards. And yet whether he’s revealing the truth about his intentions or not, there’ll be plenty of tells as to the cards he’s playing, such that if you’re watching him closely, you’ll win most of the pots.

Of course, the president isn’t playing card games these days, and yet the commander-in-chief is playing for some very high stakes in the geopolitical arena—and against some sharp players, notably Russian leader Vladimir Putin. Unfortunately for the U.S., Biden has never had much self-discipline, and even more unfortunately, he’s gotten, well, old.

So it’s no wonder that Biden’s White House handlers have been keeping him on a short leash. His solo press conference today was his first in ten months. The fear, of course, was that Biden would say something stupid—and that’s exactly what he did.

Asked about Putin’s plans toward Ukraine, Biden answered, “My guess is he will move in, he has to do something.”

Immediately, CNN reporter Kylie Atwood  tweeted the president’s words, adding a siren emoji and the context: “President Biden says on Putin & a possible invasion into Ukraine.”  Yes, Biden’s comment certainly rated a big fat siren, because it’s not often that a U.S. president predicts that an adversary will attack an American ally.

🚨"My guess is he will move in, he has to do something,” President Biden says on Putin & a possible invasion into Ukraine. Biden also says he is not sure Putin is certain what he is going to do.

To be sure, Biden indicated that he was against Russia attacking Ukraine, and yet at the same time, over the course of a two-hour session with the press—he obviously enjoys being off the leash—the president telegraphed to Putin that he was willing to split hairs, that he might not call a spade a spade: ”It’s one thing if it’s a minor incursion and we end up having to fight about what to do and not do,” he told reporters.  In other words, maybe an incursion is okay, but not an invasion. Got that?

Politico reporter Alex Ward, added of the Ukrainian government: “Source close to Zelensky admin on Biden’s Russia/Ukraine remarks: ‘The fallout [in Kyiv] will be nuclear.’”

President Biden has been clear with the Russian President: If any Russian military forces move across the Ukrainian border, that’s a renewed invasion, and it will be met with a swift, severe, and united response from the United States and our Allies.

In point of fact, Biden hadn’t been clear at all.  That’s what happens when you talk for two hours: you meander around.  And that goes double if you’re Biden.

The Washington Post’s Aaron Blake was gentle on the 46th president, and yet even the Post-man conceded that Biden’s words “seemed to suggest that maybe Russia could go into Ukraine without much in the way of a response, as long as it wasn’t a fuller invasion.” The reporter added, “It wasn’t long ago the Russia annexed Crimea; would something like that be considered a ‘minor incursion’?”

So yes, Jen Psaki and all the rest of Team Biden can and will issue more clarifications, and yet the plain fact is that they won’t be able to clear up the mush in Biden’s head. And so the world waits in wonder: What will Putin and his Russian armed forces do next? And how will Biden react? (And yes, Congress, as an equal branch of government, should step in with some clear guidance as to what the U.S. should and should not do in the event of war along the Ukrainian frontier.) 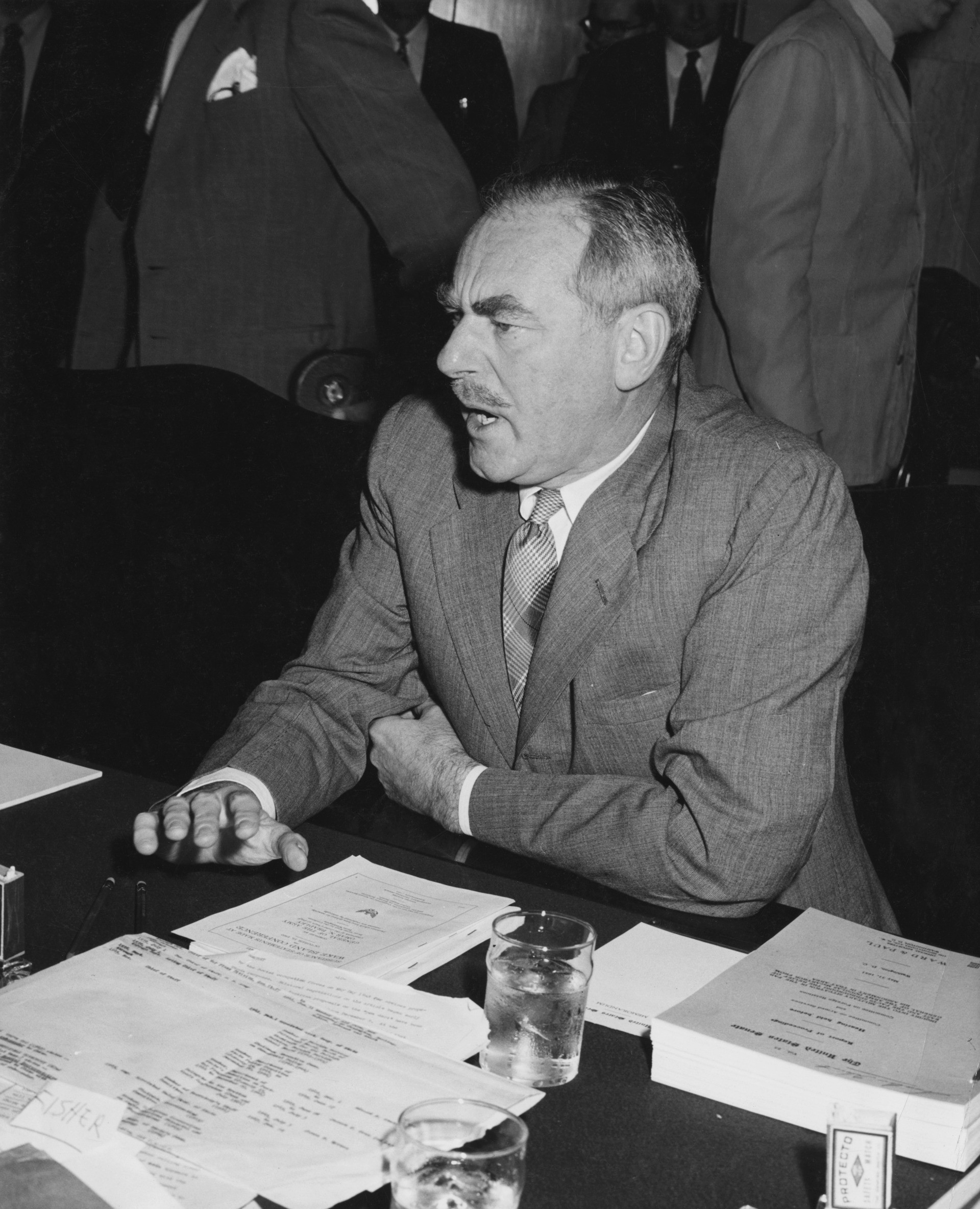 Looking back upon U.S. history, it’s hard to think of an exact parallel to what just happened with Biden—to a time when an American president seemed almost to invite an attack. Without a doubt, many of Biden’s actions are unparalleled.

Yet here is an imperfect parallel that does not bode well…

Back in January 1950, Secretary of State Dean Acheson outlined the U.S. defense perimeter in East Asia and excluded South Korea. Six months later, North Korea attacked South Korea. The U.S. intervened after all, and over the next three years of fighting, American armed forces suffered 33,686 deaths. It’s widely believed that had the U.S. been more clear about what it would do, about its willingness to defend South Korea, the North Koreans would never have attacked.

In other words, the whole Korean War was based on a misunderstanding. So we can see: Clarity can be a good deterrent and can save a lot of lives.

This is how nations stumble into wars.