(AFP) — The Taliban shutdown of girls’ education shows the hardline Islamists’ are not listening to the Afghan people and poses a major hurdle to international recognition of the new regime, a top European Union official said Thursday.

In March, Taliban authorities ordered all secondary girls’ schools to shut, just hours after reopening them for the first time since seizing power in August last year.

The decision, which came from the country’s supreme leader and the movement’s chief Hibatullah Akhundzada, has triggered widespread outrage in the international community.

Western nations have made aid pledges to tackle Afghanistan’s spiralling humanitarian crisis conditional on the Taliban’s respect for human rights, particularly the rights of women to work and education.

But the EU’s special envoy to Afghanistan Tomas Niklasson told AFP the Taliban veto on girls’ schools “has put some doubts in our heads regarding how reliable their promises are, how reliable they may be as a partner”.

“It seems to be a government that isn’t really listening to its people,” he said, adding that what women really wanted is the right to work, education, access to health facilities and “not instructions on how to dress”. 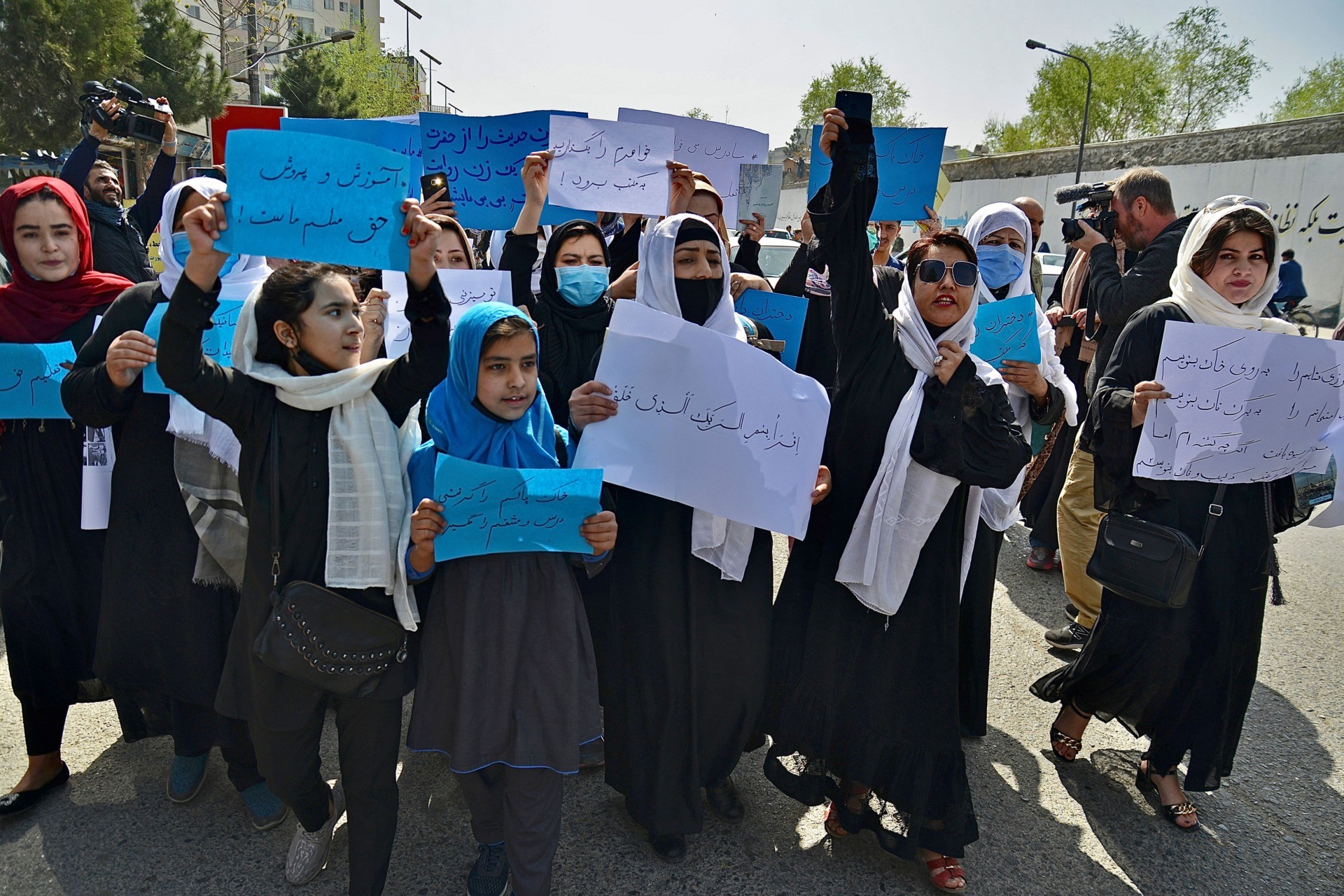 TOPSHOT – Afghan women and girls take part in a protest in front of the Ministry of Education in Kabul on March 26, 2022, demanding that high schools be reopened for girls. (Photo by Ahmad SAHEL ARMAN / AFP) (Photo by AHMAD SAHEL ARMAN/AFP via Getty Images)

The Taliban had repeatedly assured that they would reopen secondary schools for girls, but on March 23 they ordered them shut after tens of thousands of teenage girls flocked to attend classes.

They have yet to offer any new timetable as to when the institutions will be opened again.

“If the schools open relatively soon across the country at all levels for boys and girls, this could be a positive, positive step forward,” Niklasson said as he wrapped up a five-day visit to Kabul.

He said removing the ban on girls’ education would be a “dramatic shift” which — if accompanied by guarantees for other civil liberties, minority protections and women’s rights — could help make the Taliban’s case for international recognition.

However, he warned the EU currently believes Afghanistan is in the grip of “a more backward going trend”.

Norway Tells off Taliban for Demanding Women Cover up in Public https://t.co/xDKHiXuk0x

The Taliban have rolled back several freedoms gained by women during the two decades of US-led military intervention.

They have effectively banned women from many government jobs and from travelling alone unless accompanied by an adult male relative.

Last week Akhundzada also issued a decree ordering women to cover up fully in public, including their faces.

He also commanded authorities to fire female government employees who do not follow the new dress code, and to suspend male workers if their wives and daughters fail to comply.

But the Taliban soon rounded up the ringleaders, holding them incommunicado while denying that they had been detained.

On Wednesday, Taliban fighters dispersed a small women’s protest against the burqa dress code and even obstructed journalists from covering it.