LONDON (AP) – Thousands of druids, pagans and New Age revelers greeted the summer solstice at Stonehenge on Tuesday, the longest day of the northern hemisphere year.

Wiltshire Police said about 6,000 people gathered at the ancient stone circle in southern England to watch the sun rise at 4:49 a.m. (0349GMT) on a clear, crisp morning.

Police said the atmosphere was “convivial” and there were only two arrests – one for assault and one for drug possession.

It was the first time revelers have been permitted to gather for the solstice since 2019. The sunrise was streamed online in 2020 and 2021 because of the coronavirus pandemic.

Stonehenge was built between 5,000 and 3,500 years ago on a windswept plain in southwest England by a sun-worshipping Neolithic culture. Experts still debate its purpose, but it is aligned so that on summer solstice the sun rises behind the Heel Stone and rays of sunlight are channeled into the centre of the circle. 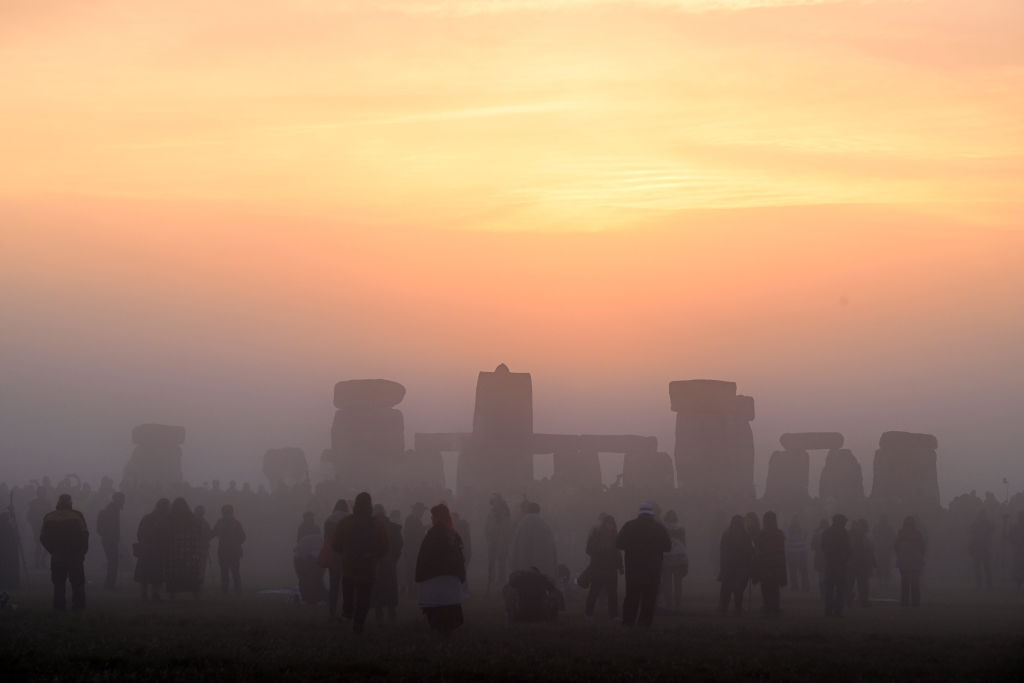 TOPSHOT – Revellers celebrate the Summer Solstice as the sun rises at Stonehenge, near Amesbury, in Wiltshire, southern England on June 21, 2022, in a festival, which dates back thousands of years, celebrating the longest day of the year when the sun is at its maximum elevation. – The stone monument — carved and constructed at a time when there were no metal tools — symbolises Britain’s semi-mythical pre-historic period, and has spawned countless legends. (Photo by Justin TALLIS / AFP) (Photo by JUSTIN TALLIS/AFP via Getty Images)