(AFP) — The 54-nation group of mostly former British colonies accepted Togo and Gabon’s application for membership on the final day of its leadership summit in Rwanda.

“We have admitted Gabon and Togo as new members, and we all welcome them to the Commonwealth family,” Rwandan President Paul Kagame said at the closing press conference.

The French-speaking West African states are the first new members to join the Commonwealth since Rwanda in 2009.

Togo’s Foreign Minister Robert Dussey said membership opened the door to 2.5 billion consumers in the Commonwealth realm, offered new education opportunities, and tapped a “craze” for English among his countrymen.

“Togo’s membership is motivated by the desire to expand its diplomatic, political, and economic network… as well as to get closer to the English-speaking world,” he told AFP.

It also allowed the small and developing nation of 8.5 million to redefine bilateral relations with the UK outside the European Union in the aftermath of Brexit, he added. 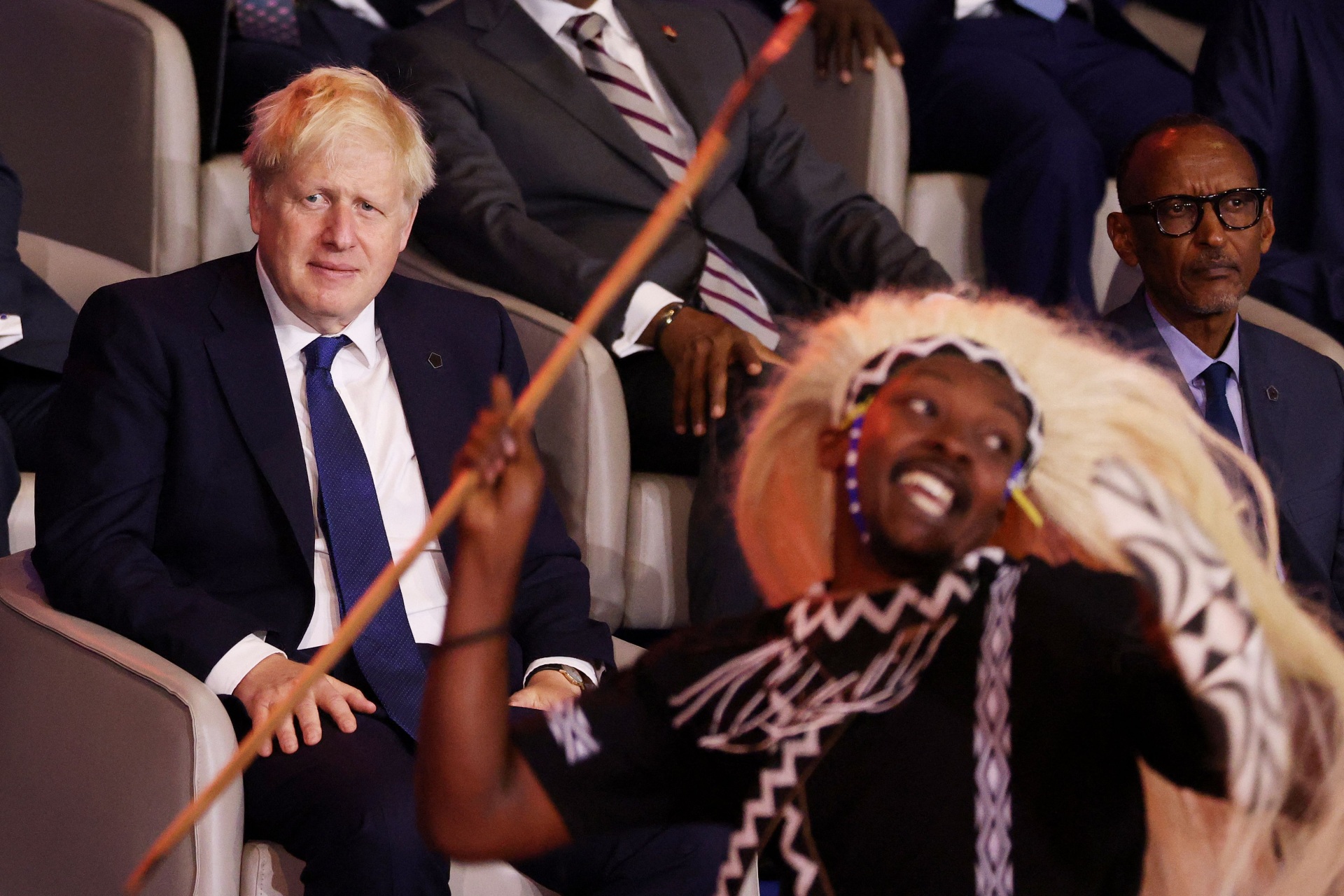 Britain’s Prime Minister Boris Johnson (L) and Rwanda’s President Paul Kagame look on as dancers perform during the opening ceremony of the Commonwealth Heads of Government Meeting at Kigali Convention Centre in Kigali, on June 24, 2022. – Leaders of Commonwealth countries meet every two years for the Commonwealth Heads of Government Meeting (CHOGM), hosted by different member countries on a rotating basis. Since 1971, a total of 24 meetings have been held, with the most recent being in the UK in 2018. (Photo by Dan Kitwood / POOL / AFP) (Photo by DAN KITWOOD/POOL/AFP via Getty Images)

“Togo joining the Commonwealth is better for many people than sharing the French language and culture, which at the end of the day has not promoted development,” he told AFP.

Rwanda’s own membership came at a time of immense strain between Kigali and Paris, and the east African state has forged close ties with the UK in the years after its admission, including a controversial migrant deal agreed this year.

“Sixty-two years after its Independence, our country is getting ready to breakthrough with a new chapter,” Bongo said in a statement on Twitter.

“It’s a world of opportunities for Gabon on the economic, diplomatic & cultural levels.”

Their admission is a boon for the Commonwealth at a time of renewed discussion over its relevance and purpose. 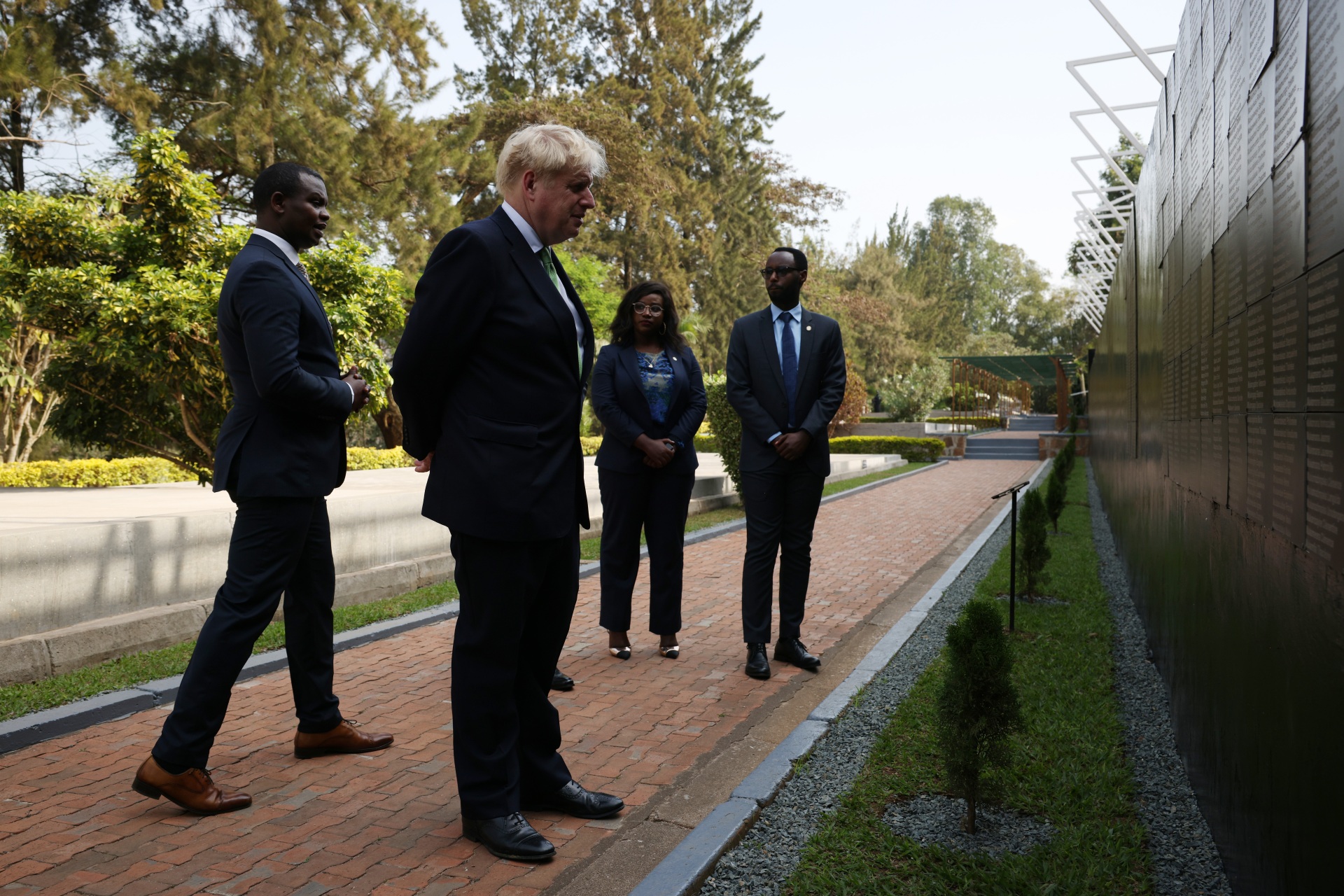 KIGALI, RWANDA – JUNE 23: British Prime Minister Boris Johnson seen with (L) Freddy Mutanguha, Executive Director for the Aegis Trust visits the Wall of Remembrance at the Kigali Genocide Memorial, on June 23, 2022 in Kigali, Rwanda. Leaders of Commonwealth countries meet every two years for the Commonwealth Heads of Government Meeting (CHOGM), hosted by different member countries on a rotating basis. Since 1971, a total of 24 meetings have been held, with the most recent being in the UK in 2018. (Photo by Dan Kitwood/Getty Images)

But it could also raise questions about the Commonwealth’s espoused commitment to good governance and democracy as fundamental values of its charter.

Oil-rich Gabon, a former French colony on the Atlantic Ocean, has been ruled by the Bongo family for 55 years.

Ali Bongo took over after his father’s death and was returned to power in 2016 following an election marred by deadly violence and allegations of fraud.

Togo, a former German then French colony, has also been under dynastic rule for more than half a century.

General Gnassingbe Eyadema governed with an iron fist from 1967 until his death in 2005, upon which his son Faure Gnassingbe took power.

He was re-elected in polls that were all contested by the opposition.

Born out of the British Empire, the Commonwealth represents one-third of humanity and spans nations across Africa, Asia, Europe and the Americas.

Mozambique – a former Portuguese colony – became the first Commonwealth member without historic links to Britain when it joined in 1995.