Ukrainian President Volodymyr Zelensky on Wednesday deplored what he saw as NATO’s failure to embrace his country and asked the alliance for yet more support.

He said weapons, money, and political backing are needed right now as he claimed to stand alone in defense of western civilization in the face of Russian predation.

Zelensky made his claim as he addressed the first plenary session of the NATO summit in Madrid, Spain, by video link, AP reports, as he laid out his shopping list of requirements from supporters.

He warned the world leaders gathered they either had to provide Ukraine with the help it needed to defeat Russia or “face a delayed war between Russia and yourself.” 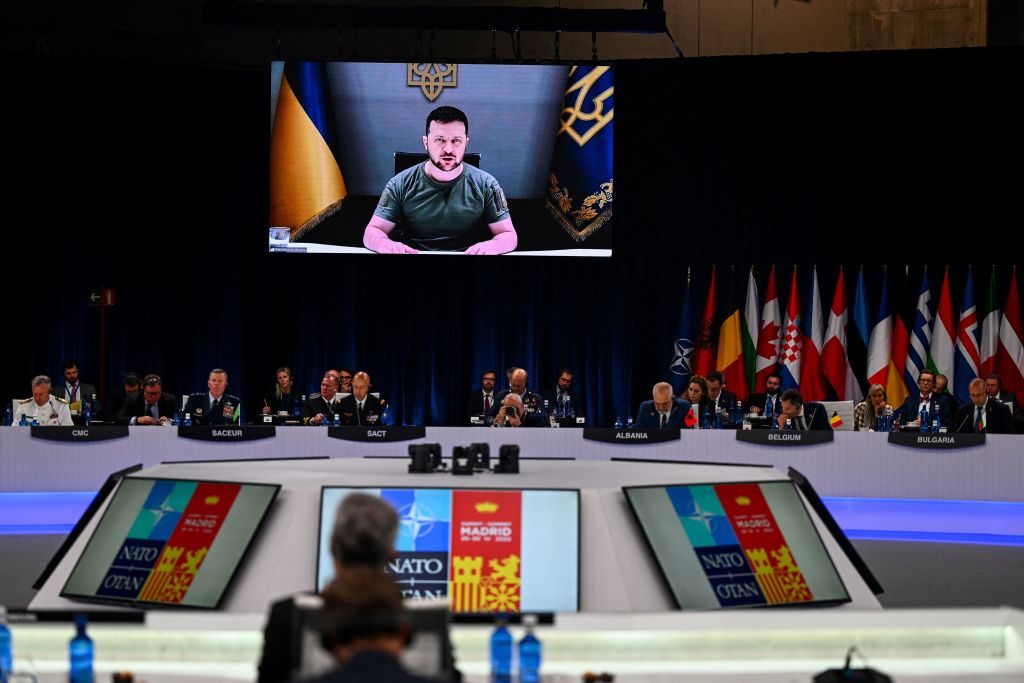 Ukraine’s President Volodymyr Zelensky appears on a giant screen as he delivers a statement at the start of the first plenary session of the NATO summit at the Ifema congress centre in Madrid, on June 29, 2022. (GABRIEL BOUYS/AFP via Getty Images)

The president also asked directly for more modern artillery systems while he bemoaned that NATO has not more fully embraced Ukraine.

“Hasn’t our contribution to defending Europe and the entire civilization been insufficient? What else is necessary?” Zelensky asked.

The question is “who is next?” he posited before adding:

This is not a war being waged by Russia against only Ukraine. This is a war for the right to dictate conditions in Europe – for what the future world order will be like.

The 30 NATO leaders meeting in Madrid heard directly from Zelenskyy as NATO Secretary-General Jens Stoltenberg acknowledged the alliance is “in the midst of the most serious security crisis we have faced since the Second World War.”

U.S. President Joe Biden, whose country provides the bulk of NATO’s military power, said the summit would send “an unmistakable message … that NATO is strong and united.”

“We’re stepping up. We’re proving that NATO is more needed now than it ever has been,” said Biden, who has already authorized the transfer of billions in U.S. taxpayer dollars to Ukraine.

Biden announced a hefty boost in America’s military presence in Europe, including a permanent U.S. base in Poland, two more Navy destroyers based in Rota, Spain, and two more F35 squadrons to the U.K.

As always, funding remains an issue.