Tom Tugendhat has been knocked out of the running to be the next leader of the Conservative Party and hence Prime Minister of the United Kingdom, taking those in the running down to four candidates.

Sir Graham Brady, Chairman of the influential backbench committee of all Conservative Members of Parliament who do not have government jobs and which runs the process of Tory leadership challenges once again stood before members in a Parliament Committee room Monday for the third round of elimination voting. Assuming no candidates withdraw voluntarily, there will be two more rounds on Tuesday and Wednesday afternoon, leaving the party with two names for a postal ballot that will complete by early September.

While Tugendhat has, it was widely claimed, performed well in the televised leader debates he has struggled to convince his parliamentary colleagues to vote for him as well as he managed to win over the studio audience of the left-wing Channel 4 debate. Indeed, his vote share has fallen from 37 in the first round — about one in ten of all Tory MPs — to just 31 today, seeing him leave the race.

All other candidates picked up more votes except for Penny Mordaunt, who lost one vote. While polls and media reports have been kind to Mordaunt, her own views are now becoming better known through the scrutiny of the selection process. There were questions over what exactly her views are on Transgender issues after some early confusion, and while she since made her position clear in a testy reply in the first debate, her position — that biological women exist, and that legal women exist, but they aren’t always the same thing — has left some conservatives dissatisfied and worried about letting more woke politics into government.

Tugendhat’s withdrawal leaves Badenoch with the lowest vote share now, at 58. With another round of voting due tomorrow, barring a major shift in the parliamentary party it likely means the most conservative of the contenders will be knocked out next. Some watchers will naturally be concerned at this: reconnecting with voters to win a historic fifth term in 2024 and keep Labour out of Downing Street will take some convincing at the doorstep level, and perhaps Boris Johnson-era legacies like Rishi Sunak and Liz Truss will have a hard time having those conversations. 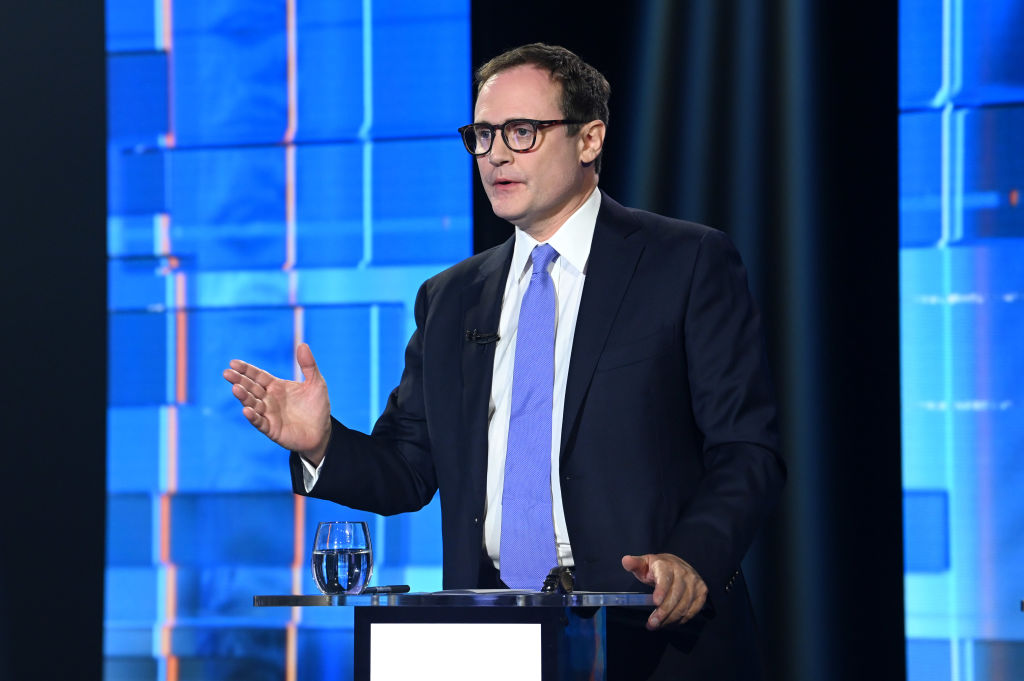 The United Kingdom’s Parliamentary democracy means leaders are not directly elected by the public, but rather emerge from the political party which commands control of the parliament: typically this would be the largest party. While each party has its own rules on selecting leaders, generally it is the members of that party which choose their leader.

So in this case, while the Conservatives are choosing their new leader after the downfall of Boris Johnson over doubts about his integrity, because they are also — by a considerable margin — the largest political party they are also by default choosing the next Prime Minister of the United Kingdom.

Once the knockout rounds in parliament, where the 358 eligible Conservative Members of Parliament choose who their two favourite candidates are, is complete, the two finalists then go to a postal ballot of the roughly 180,000 Conservative Party members to decide the winner. This two-stage process with two different electorates produces some unusual effects: while Conservative MPs are elected by voters in the public including Conservative members, the MPs are quite often considerably less conservatively minded than their voters.

One way this differential is making itself felt in this competition is with the success of former Chancellor Rishi Sunak, who has nearly enough votes from his MP colleagues to ensure he makes it to the final two. Yet polling shows he far from being a popular candidate among the members who will make the final choice and Kemi Badenoch, the most obviously conservative candidate, may be rejected by her colleagues before the members at large ever get a say.

While further rounds of voting in Parliament are yet to come, one major change befell the programme of events today, that there would be no third televised leadership debate. Due to air on Sky News on Tuesday, the Conservative candidates to be involved evidently have belatedly come to the realisation that not only are the debates pointless, but they are actively damaging the Conservative party.

While the first debate on Friday night passed without too much intrigue, ITV scored a coup on Sunday’s re-run by breaking from the format of asking candidates direct questions, and giving each aspirant a chance to ask a question of another panel member. While the segment was generally a pile-on for race favourite Rishi Sunak, Sunak himself used his opportunity to remind the public that Liz Truss, who has been promised as a favourite candidate for conservative-minded Brexit supporters, that she is a former Liberal Democrat and voted against Brexit.

The Conservatives tearing each other apart on live television is mana from heaven for the opposition Labour Party, of course, who will have this footage ready to fall back upon come the general election. Daily Telegraph columnist Tim Stanley joked proceedings got so heated it was more like daytime television. But the damage is done.