Anti-open borders protesters faced off against Antifa and NGO officials on Saturday as Ireland’s mass immigration crisis continues to mount.

Irish men and women protesting their government’s platform of mass immigration faced off against Antifa and the members of various NGOs in the country’s capital of Dublin on Saturday.

The country has seen a surge in demonstrations against the arrival of large numbers of foreign migrants in recent weeks, with the nation’s left-leaning government bringing in tens of thousands of would-be refugees and asylum seekers despite not having anywhere to house them.

With officials having spent the last number of months smuggling migrants into disused office blocks and hotels around the country, more and more people in local areas have taken to the streets in response, with many demanding that a cap be put in place on the number of asylum seekers arriving in the country, and that those without passports not be granted the opportunity to claim refuge.

Organised by Le Chéile — an anti-“far right” umbrella group made up of a number of organisations, many of which receive government funding — the counter-protest was attended by members of various left-wing NGOs and political groups, with at least one counter-demonstrator at the counter-demo waving a large Antifa flag. 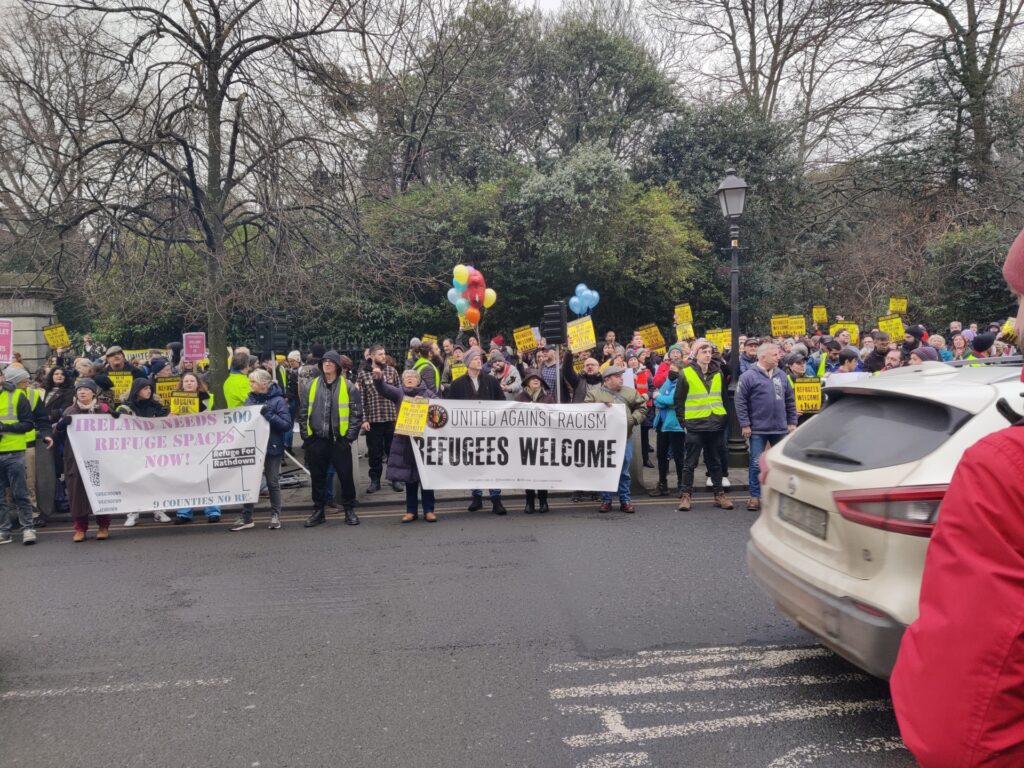 Protesters at the NGO-linked Counter demonstration during the Dublin Says No march against mass immigration. Credit: Peter Caddle, Breitbart News 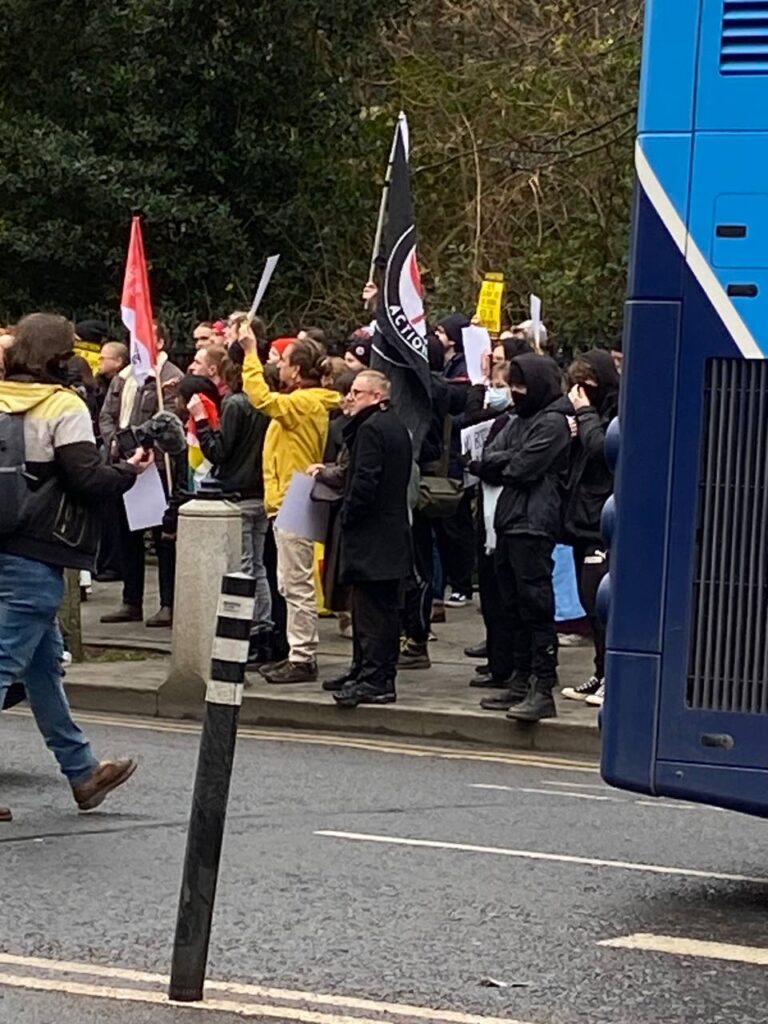 However, according to multiple reports penned by legacy media outlets, the counter-protest — despite being backed by a number of notable figures within Ireland’s political and media sphere — was outnumbered by those attending the grassroots demonstration against mass immigration.

While there were tense moments between the two crowds, with the anti-demonstrators repeatedly linking those attending the grassroots protest to fascism, there was little to no violence at either event. 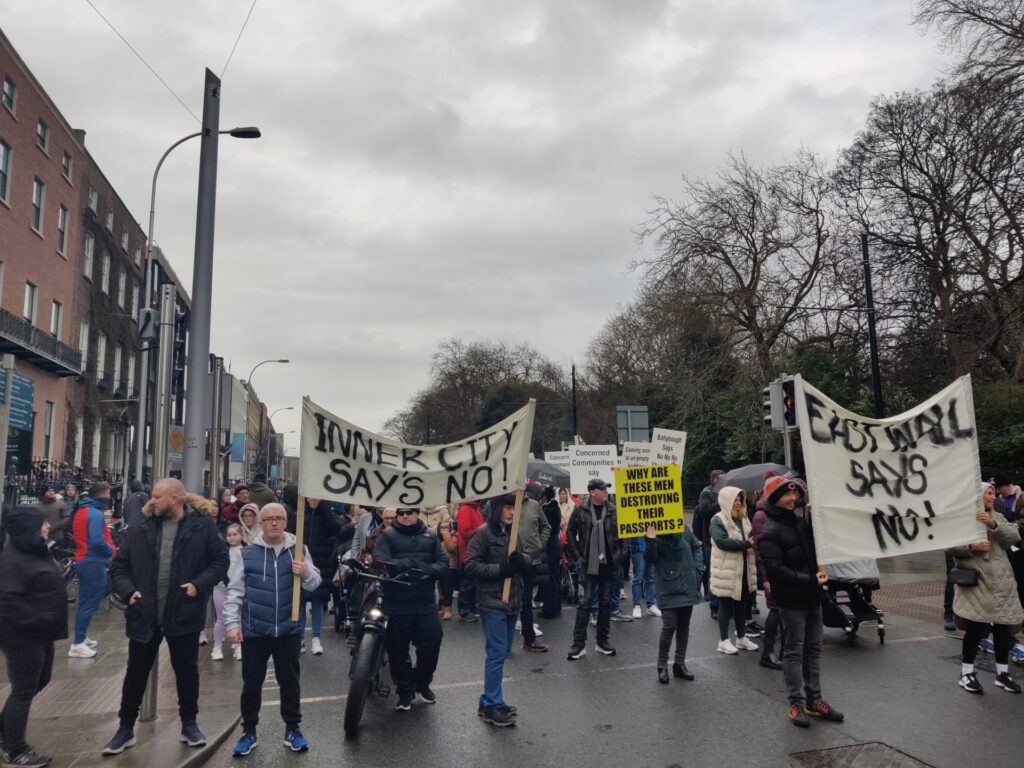 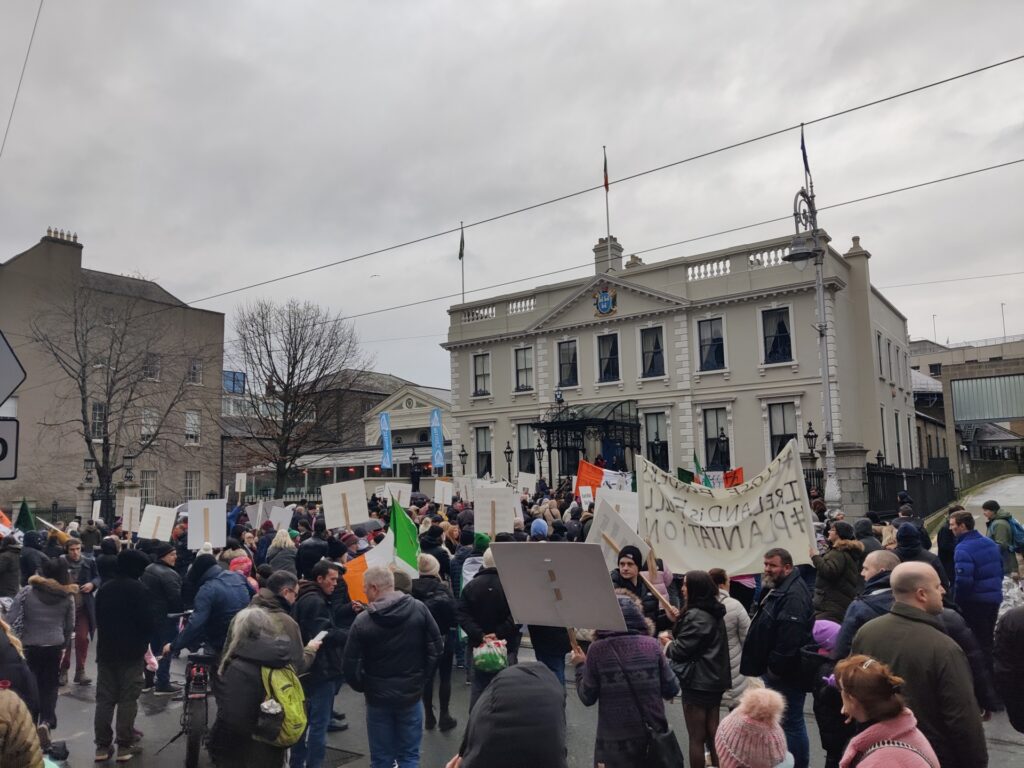 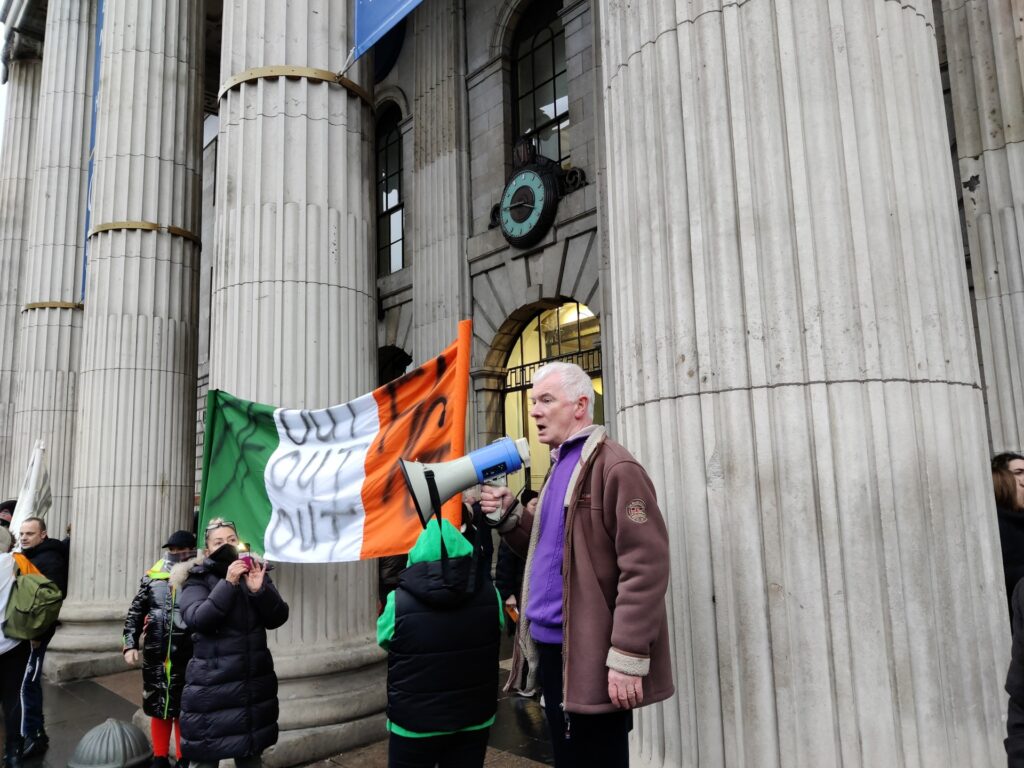 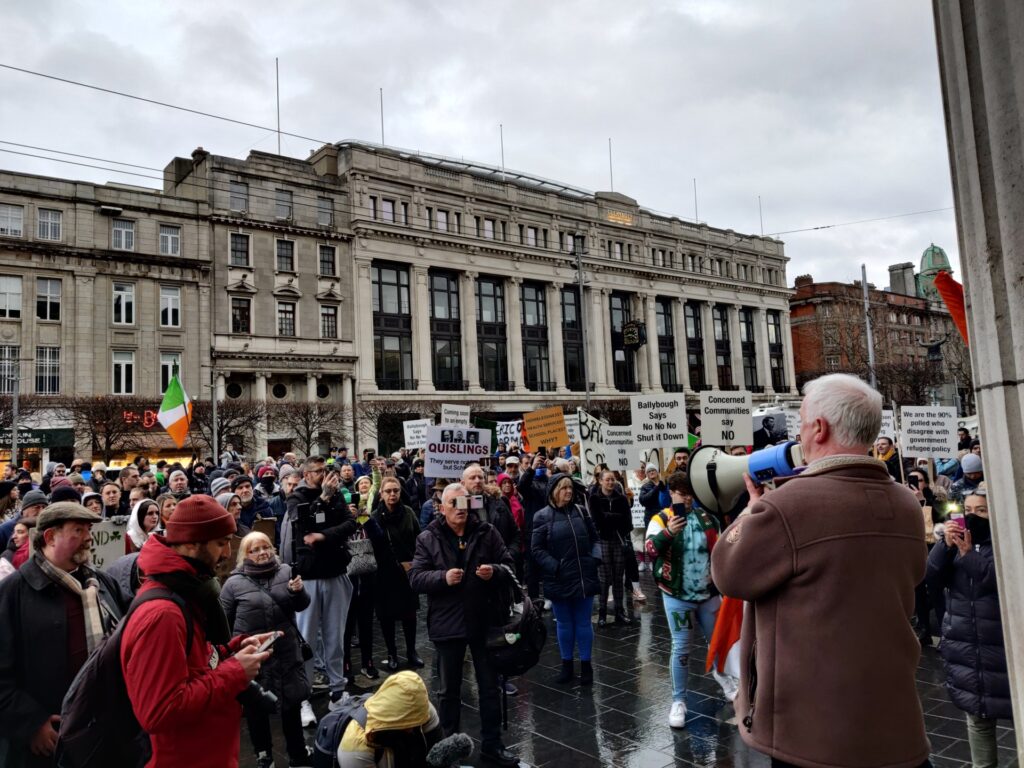 “Saturday was the culmination of a growing feeling of disquiet and anger that ordinary Irish working people are beginning to feel at the way their needs are being ignored by a government,” one speaker at the event, Irish Freedom Party Chairman Michael Leahy told Breitbart Europe in relation to the demo.

He went on to describe the influx of over 80,000 asylum seekers and refugees into the country of only 5 million people as “unprecedented”, denouncing efforts by NGOs and media outlets in the country to label local communities as “racist” for speaking out about the issue.

“Ordinary Irish people have become deeply disturbed by these developments, and this anger is crystallising around the issue of open borders and uncontrolled immigration, which is being witnessed in large and small communities throughout the country,” he said.

The two demonstrations represent the latest chapter in Ireland’s migrant influx, which has seen tens of thousands of people arrive in the country.

Such arrivals have upset large swathes of the country’s population, with many struggling to find a home to buy or rent as a result of an ongoing housing crisis that appears to have been greatly exasperated by the recent surge in foreign arrivals.

This in turn has prompted the phrase “Ireland is Full” to enter the country’s political lexicon, much to the chagrin of many within the country’s now-embattled political sphere.

However, despite repeated accusations that the term is racist, officials within the country’s government now appear to be suddenly echoing it, with even the country’s pro-open borders integration minister, Roderic O’Gorman, warning on Sunday that the government may soon find it impossible to house many migrants.

“We have a very real situation coming into the next week where we won’t be able to accommodate everybody arriving here,” the Green party official, who recently came under fire after discussing taking in climate refugees, said.

“There is a real risk that those maybe travelling… as single adults won’t be accommodated over the next number of weeks,” he went on to say.