San Francisco archbishop Salvatore J. Cordileone has condemned the recent destruction of the statue of Saint Junipero Serra, blaming it on the hijacking of protests by irrational destructive forces and “mob rule.”

“What is happening to our society?” Archbishop Cordileone wrote this past weekend. “A renewed national movement to heal memories and correct the injustices of racism and police brutality in our country has been hijacked by some into a movement of violence, looting and vandalism.”

“The toppling and defacing of statues in Golden Gate Park, including that of St. Junipero Serra, have become the latest example,” the archbishop continues.

“The memorialization of historic figures merits an honest and fair discussion as to how and to whom such honor should be given,” he writes. “But here, there was no such rational discussion; it was mob rule, a troubling phenomenon that seems to be repeating itself throughout the country.”

All people of good will desire to overcome injustice and oppression, he suggests, and this is particularly true of followers of Jesus Christ who are called to work tirelessly for the dignity of all human beings. This is a cornerstone of our faith. 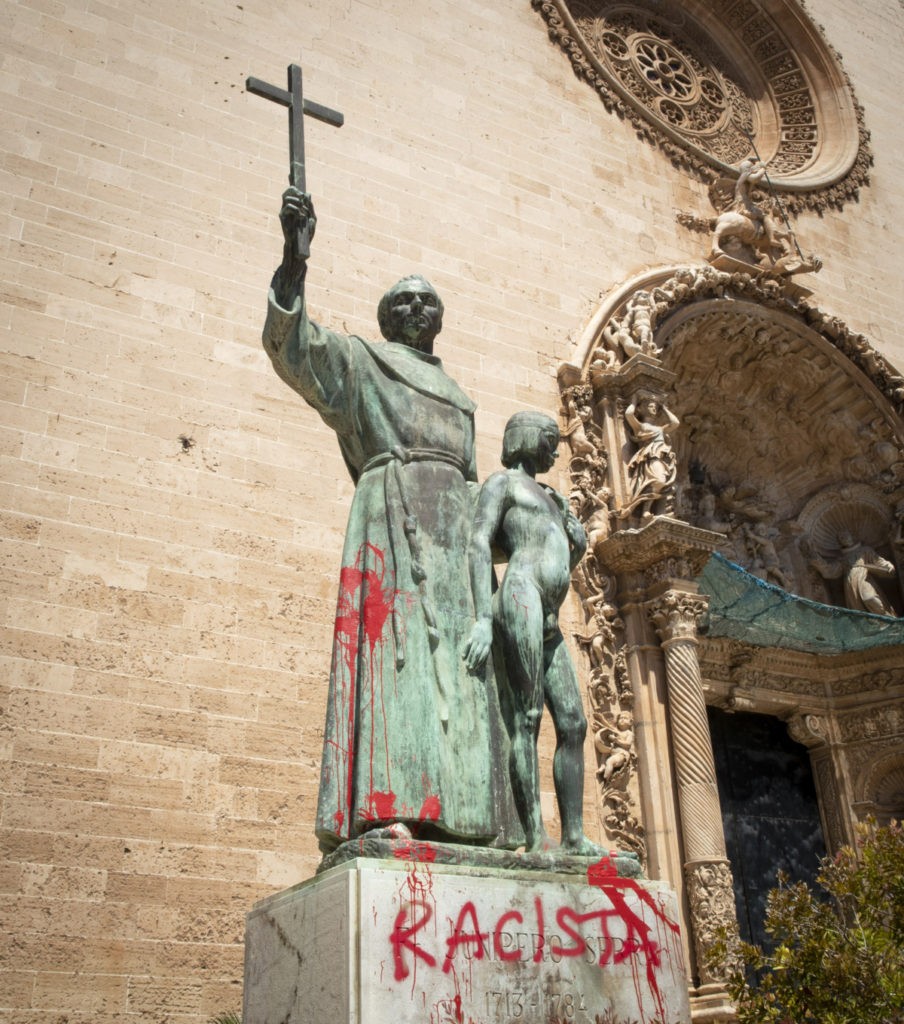 The statue of the Roman Catholic Spanish priest Junipero Serra is pictured in Palma de Mallorca on June 22, 2020, after it was daubed with graffiti reading “Racist”.(JAIME REINA/AFP via Getty Images)

The Franciscan friar Junipero Serra was no exception, Cordileone states. He made “heroic sacrifices to protect the indigenous people of California from their Spanish conquerors, especially the soldiers.”

“Even with his infirmed leg which caused him such pain, he walked all the way to Mexico City to obtain special faculties of governance from the Viceroy of Spain in order to discipline the military who were abusing the Indians,” the archbishop recalls. “And then he walked back to California.”

Saint Junipero founded a chain of 21 missions where he offered people “the best thing he had,” Cordileone states, “the knowledge and love of Jesus Christ, which he and his fellow Franciscan friars did through education, health care, and training in the agrarian arts.”

“Anger against injustice can be a healthy response when it is that righteous indignation which moves a society forward,” he concludes. “But as Christ himself teaches, and St. Francis modeled, love and not rage is the only answer.”