Just 12 months ago the city of Wuhan in China was starting to show the first signs of mass coronavirus infections, before launching it onto an unsuspecting world and creating global havoc.

The city soon underwent a draconian 76-day lockdown as its hospitals struggled to deal with a tidal wave of cases that required the rapid construction of field hospitals to handle the overflow.

Today everything is different.

As Reuters reports, revelers are once more thronging the nightclubs, bars and restaurants of the central Chinese city of 11 million residents, discarding the shackles of lockdown and partying hard ready for the dawn of 2021.

Nightlife in Wuhan is back in full swing almost seven months after the city lifted its stringent lockdown and the city’s young partygoers are embracing the catharsis, according to the wire report.

In scenes unimaginable in many cities around the world reeling under a resurgence of the pandemic, young Wuhan residents during a recent night out crowd-surfed, ate street food and packed the city’s nightclubs.

Earlier this month, the city even launched a promotional video to attract tourists.

“From the myriad twinkling lights along the Yangtze River and the amazing dance and music from the Zhiyin cruise, to the glittering light and beautiful voices from the livehouse……give me five! Everyone!” the video enthuses.

As Breitbart News reported, Wuhan began showing the first signs of a coronavirus recovery back in September when local markets reopened. 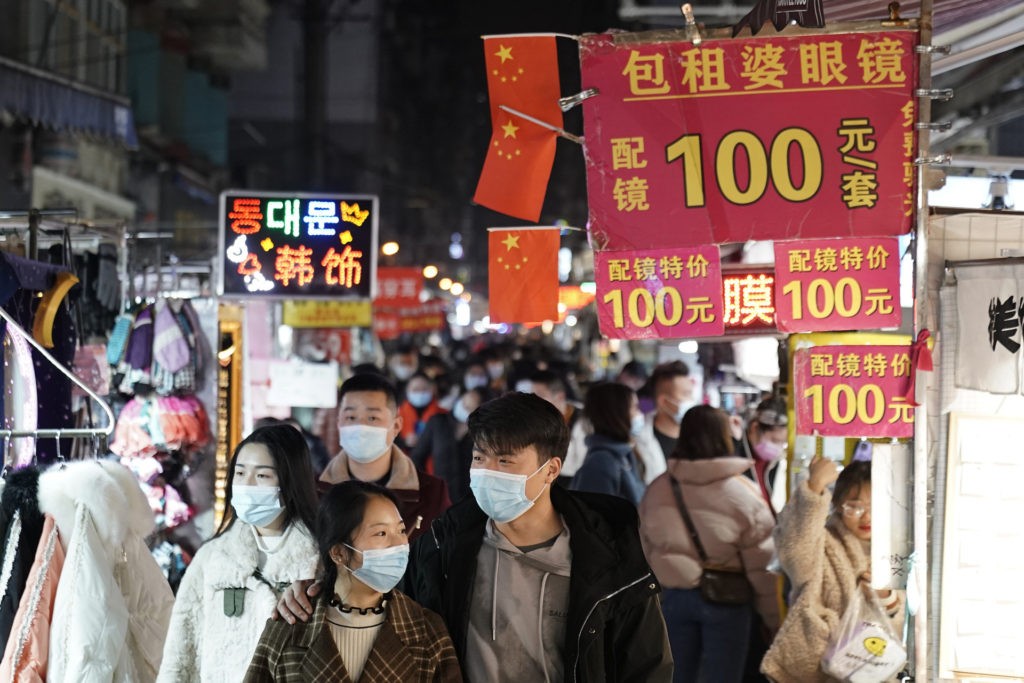 A general view of a night market on December 10, 2020 in Wuhan, Hubei Province, China. Wuhan, with no recorded cases of Covid-19 transmissions since May, is gradually returning to normal. (Photo by Getty Images)

The airport has since resumed international passenger flights to destinations such as Seoul, Singapore, Kuala Lumpur and Jakarta, Qu Xiaoni, an airport representative was quoted as saying by the official Xinhua News Agency.

International cargo routes have also re-opened connecting the major industrial city and center of the Chinese auto industry with destinations such as Amsterdam and New Delhi.