“Officers have searched Carlton Reserve for several days after learning from his family that he went missing Sept. 14. The Laundrie family told authorities that their son had left to go hike at the reserve, prompting the search,” WFLA reported.

The North Port Police Department shared a clip of officers gathered to continue the operation:

Thursday search for Brian Laundrie in the Carlton beginning. pic.twitter.com/cV3v1JsdHV

Laundrie is the person of interest in the homicide investigation of his fiancé, Gabby Petito, whose remains were identified this week. 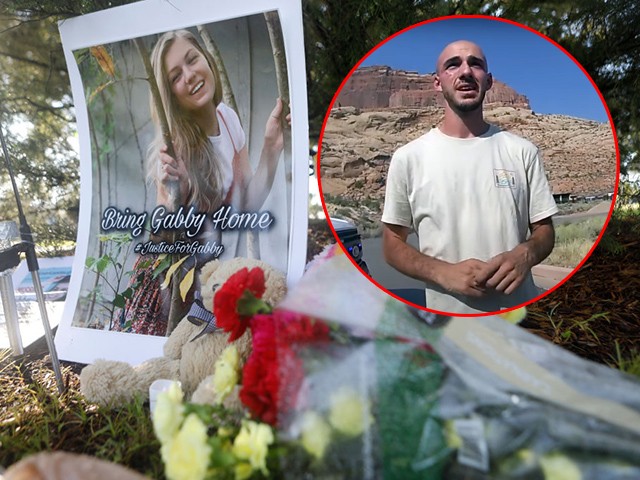 A makeshift memorial dedicated to Gabby Petito is located near City Hall on September 20, 2021, in North Port, Florida (Photo by Octavio Jones/Getty Images).

However, Laundrie has not been charged with a crime, and authorities are handling his disappearance as a missing person’s investigation.

The couple had been traveling across the country over the summer and documenting the trip online, but Laundrie reportedly returned home to North Port on September 1 without the young woman, police said.

Fox 13 reported Wednesday divers working for an underwater recovery team were called to the 25,000-acre reserve where the search for Laundrie continued.

Meanwhile, the body found Sunday near a Wyoming national park belonged to Gabby Petito, the Teton County Coroner confirmed in a statement:

“Teton County Coroner Dr. Brent Blue said the initial determination of Petito’s body is that her death was a homicide. Final autopsy results have not yet been released,” Breitbart News reported Tuesday.

FBI Denver announced Sunday that officials discovered a body in the Bridger-Teton National Forest that was “consistent with the description of” Petito. 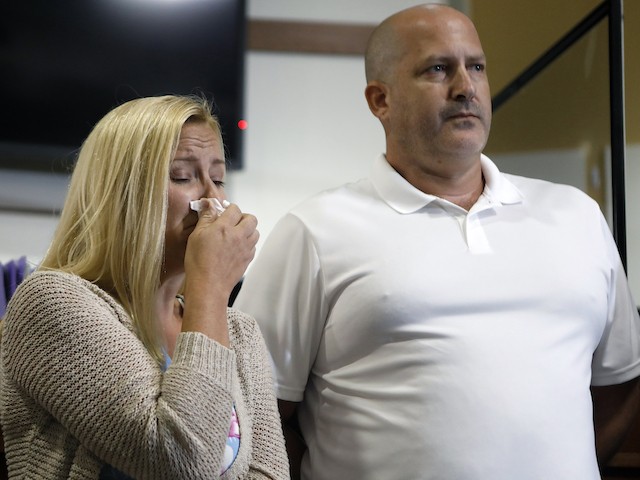 Tara and Joe Petito react while the City of North Port Chief of Police Todd Garrison speaks during a news conference for their missing daughter Gabby Petito on September 16, 2021, in North Port, Florida (Octavio Jones/Getty Images).

“I would like to extend sincere and heartfelt condolences to Gabby’s family,” an FBI official said. “As every parent can imagine, this is an incredibly difficult time for the family and friends. Our thoughts and prayers are with them. We ask that you all respect their privacy as they mourn the loss of their daughter.”