Gabby Petito’s stepfather on Wednesday visited the area in Wyoming where her remains were discovered recently and set up a stone cross to mark the location.

The young woman’s body was found Sunday at the Spread Creek Dispersed Campground inside the Bridger-Teton National Forest over a week after she was reported missing. Her remains were eventually identified and the death is being investigated as a homicide, according to Fox News.

The outlet shared a photo of the stone memorial with yellow and purple flowers laid across it:

“I want to personally thank the press and news media for giving the Petito and Schmidt family time to grieve,” he said. “We will be making a statement when Gabby is home. I will contact you to arrange a time and location.”

Authorities are now focusing on finding the young woman’s fiancé, Brian Laundrie, whom they have been searching for since he was not at home as expected on Friday and his parents claimed they had not seen him since Tuesday. 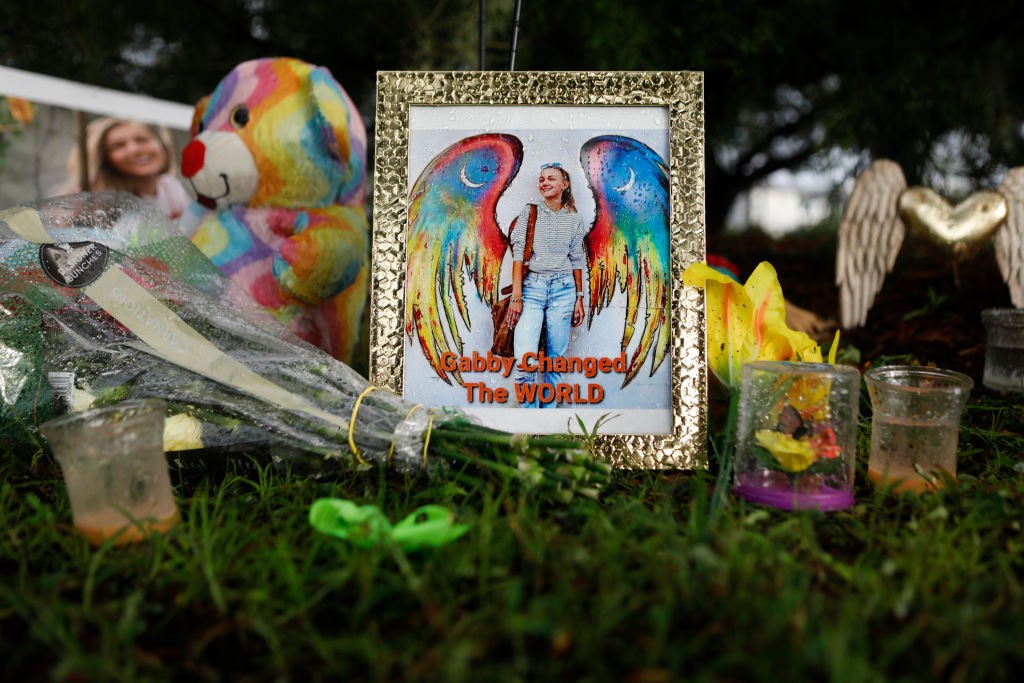 A makeshift memorial dedicated to Gabby Petito is located near the North Port City Hall on September 21, 2021 in North Port, Florida. The body of Petito was found by authorities in Wyoming, where she went missing while on a cross-country trip with her fiance, Brian Laundrie. (Octavio Jones/Getty)

Laundrie was previously named a person of interest regarding the investigation but has not been deemed a suspect.

The pair were on a cross-country journey in a van over the summer and her family reportedly last spoke to Petito when they were visiting Grand Teton National Park in late August.

However, Laundrie reportedly returned home days later to Florida without her.

Fox 13 reported Thursday officials have been looking for Laundrie in the Carlton Reserve.

“North Port police said they’ll be back at the park once again Thursday to search for him. They haven’t revealed why they’re continuing the search in this massive nature preserve other than to say that he’s still missing and this is where is parents said he last went,” the outlet stated.

The North Port Police Department shared a clip of officers gathered for the operation:

Thursday search for Brian Laundrie in the Carlton beginning. pic.twitter.com/cV3v1JsdHV