A dog that found itself in an unusual situation got some much needed help from emergency crews on Wednesday.

“Well, definitely not a cat in a tree,” Idaho’s Caldwell Fire Department wrote in a social media post accompanied by photos of the canine looking down from its perch.

The department said firefighters and police officers responded to a call about a dog trapped in the branches of a tree and “After much coaxing, the canine was brought safely to the ground.” 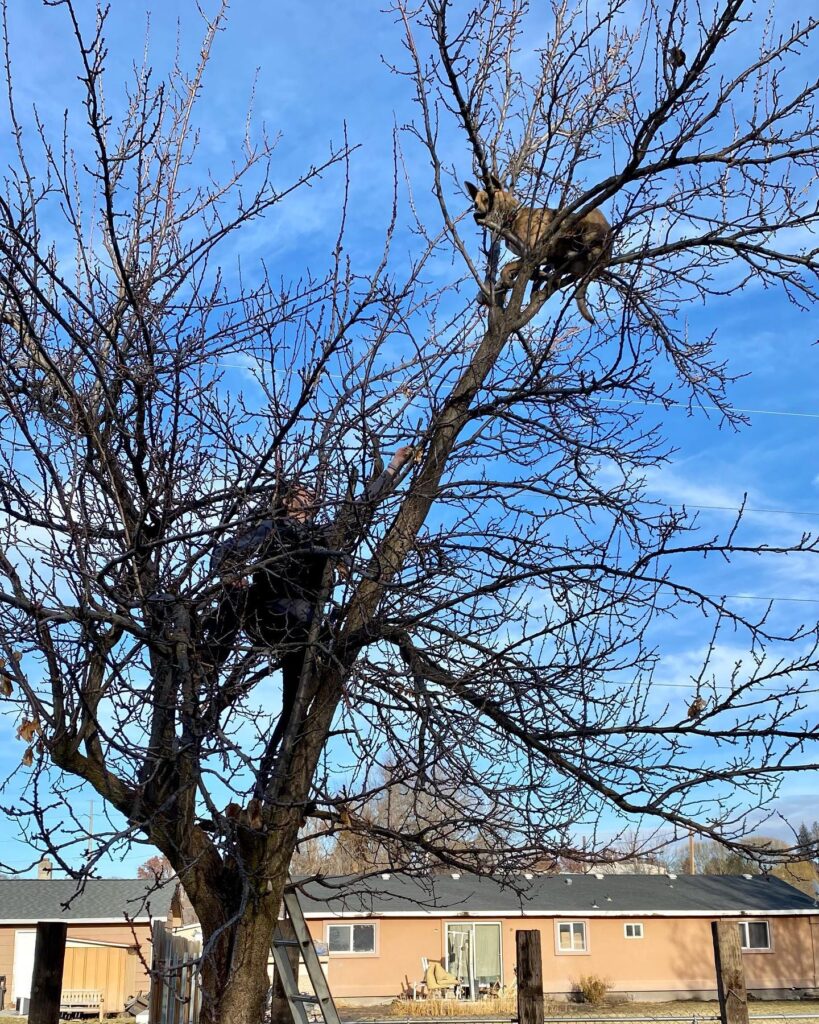 “Perhaps, he will not be so persistent, next time, in chasing squirrels,” the post read.

One photo showed a firefighter on a ladder helping the dog get down while another showed the canine enjoying some food once he made it back on the ground. 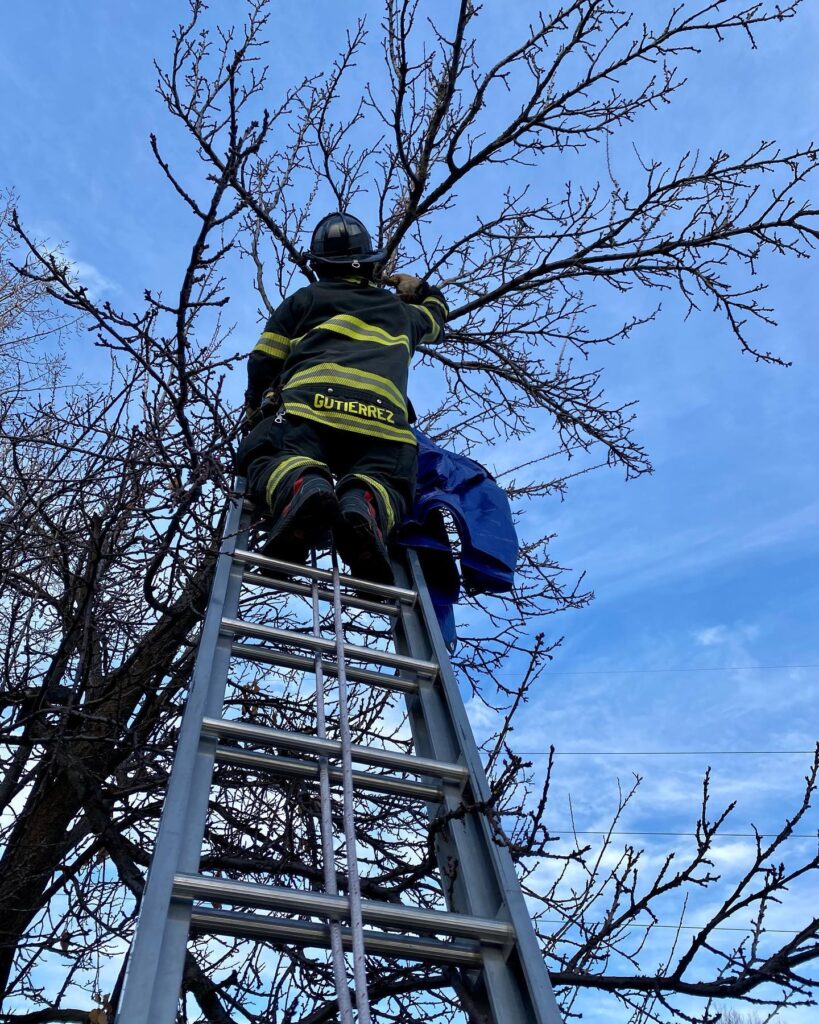 One social media user who appeared to be the dog’s owner explained in the comments his name is Izzy and he is a mix of pit bull and husky.

“He was the runt of the litter. He did not learn his lesson. He’s been whining all morning trying to get out and get that squirrel,” she wrote. 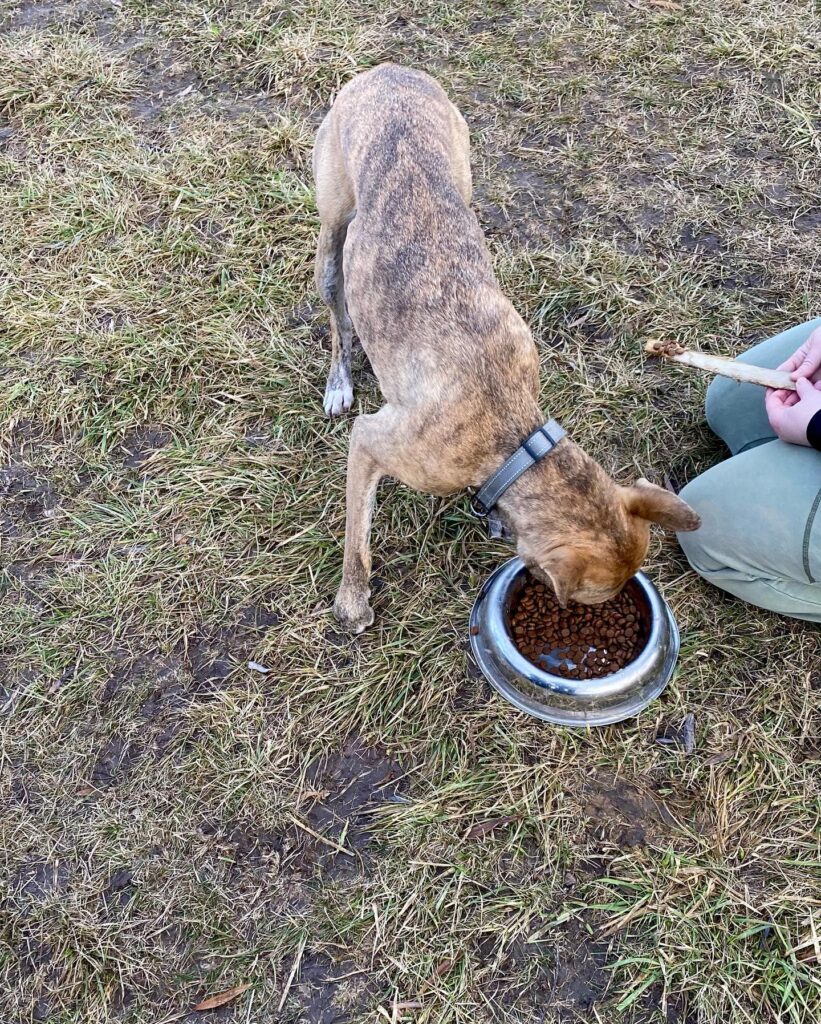 According to the Spruce Pets website, pit bull dogs are described as very determined and will not give up easily once they are presented with a task to perform.

“And they usually love people, including strangers, and crave attention,” the site read.

Meanwhile, the Siberian Husky is described as having great endurance and lots of energy. They also cannot resist chasing small animals, therefore, owners must provide them a secure place to run, per the American Kennel Club.

Social media users had plenty to say about Izzy’s climbing adventure, one person writing, “I WANT THIS DUDE ON MY TEAM!!! Love the commitment.”

“To catch the squirrel, one must become the squirrel,” someone else commented, while another said, “He doesn’t give up easy. Now he just needs to learn how to climb down. The squirrels better move to another area.”