Antifa burned American and Biden campaign flags during an Inauguration Day march on the U.S. Immigration and Customs Enforcement facility in Portland, Oregon. Police made arrests after declaring an unlawful assembly.

Antifa protesters wasted no time in sending a message to newly sworn-in President Joe Biden. The group staged an Inauguration Day march on the ICE facility in Portland, demanding the abolition of the agency, The Oregonian reported.

A group of black bloc marches towards the Portland ICE facility to protest on Inauguration Day #PortlandProtests pic.twitter.com/itMuazSr8D

Townhall journalist Julio Rosas tweeted a video showing the protesters burning the American flag followed by the burning of a Biden banner.

Antifa in Portland burns an American and Joe Biden flag in the street. pic.twitter.com/iuUYPACfkw

As the crowd marched to the ICE facility, federal agents moved to disperse the crowd.

Federal officers came out of the ICE facility in Portland to disperse the crowd that had assembled outside. After declaring it to be an unlawful assembly, police used tear gas and flashbangs. pic.twitter.com/YntMIB5U6n

Portland Police Bureau officials reported that about 150 people joined in the march.

“Some in the crowd were seen carrying pepper ball guns, electronic control weapons similar to Tasers, large fireworks, shields, and rocks,” police officials said in a written statement. “Some in the crowd threw rocks at the federal building.” 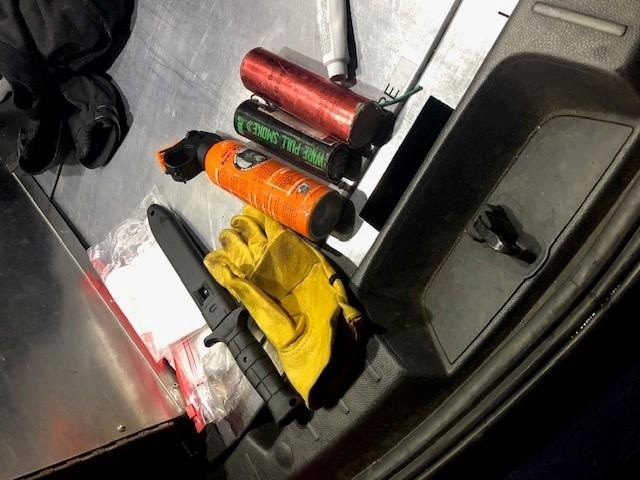 Tear gas deployed outside the ICE facility in Portland pic.twitter.com/43OulnrTmq

Police move into the black bloc crowd to make an arrest. pic.twitter.com/QT9tAjrCDw

Earlier in the day, Antifa expressed their disapproval by vandalizing the Democratic Party headquarters in Portland, Breitbart News reported.

“We don’t want Joe Biden — We want revenge!” the marchers proclaimed. The group also carried a banner declaring themselves to be “ungovernable.”

200 left-wing protesters are on the streets in Portland right now, with anti-Biden and anti-police messages.

Portland police officials stated that about 150 people participated. “Officers made selective arrests,” the statement reports. They report the seizure of Molotov cocktails, knives, batons, chemical spray, and a crowbar.