Many 2016 polls may prove incorrect because so many Americans are undecided or else say they are backing third parties, says Nate Silver, founder of the “data journalism” site fivethirtyeight.com.

“Undecideds are MUCH higher than normal,” Silver said in a Tuesday morning tweet. “So risk of a polling error — in either direction — is higher than usual.”

2) Undecideds are MUCH higher than normal. So risk of a polling error — in either direction — is higher than usual. pic.twitter.com/dKJLfls9wD

One out of eight voters, or 12.5 percent, are either undecided or declaring support for other candidates during the last few days of the election.

So Silver is cautioning people to be ready for a major failure by the pollsters in predicting Americans’ last-minute choices. Clinton is likely to win, said Silver, but:

3) Basically, these 3 cases are equally likely 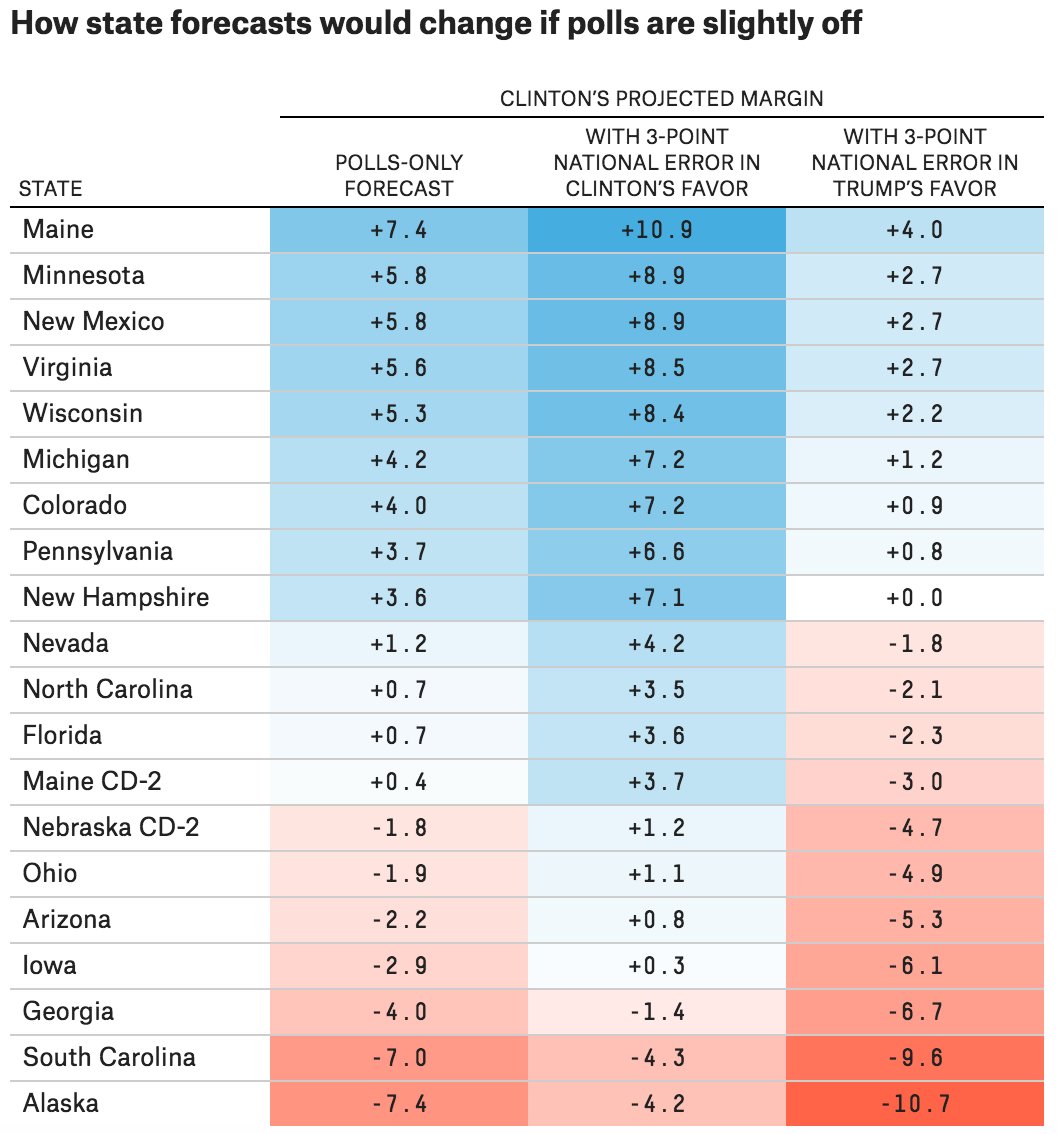 However, in a prior tweet, Silver noted that Trump is doing much better than 2012 Republican candidate Gov. Mitt Romney in the midwestern states, where he may be able to pick up wins that would give him 270 Electoral votes.

But mostly it's the Electoral College. Clinton underperforming Obama's 2012 forecast by *4 points* in the Midwest. That's a major liability. pic.twitter.com/inVXthqhez

Other evidence, described by Breitbart here and here, suggest that the 2016 polls are less reliable predictors than prior years’ of the final presidential vote. Also, African-American support for Clinton may be sharply down from support for President Barack Obama in 2016.