An iconic cross in Ventura County, California survived the Thomas fire that ravaged the area over the past week and was left standing in what many people are calling a miracle.

Everything surrounding the cross, which was located on top of a hill overlooking the Mission San Buenaventura church, was destroyed. 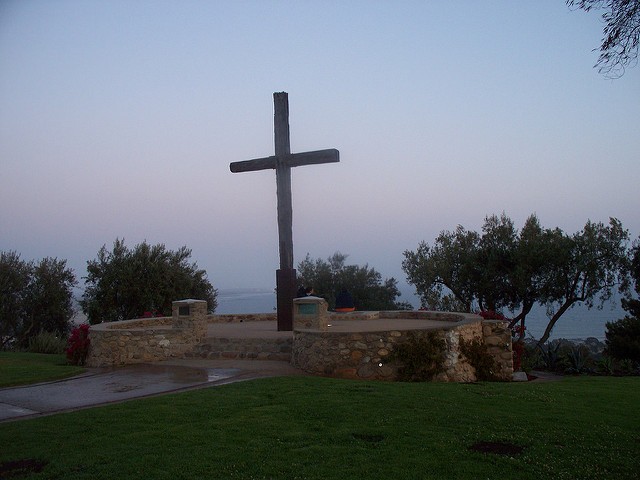 The Thomas fire has straddled Santa Barbara and Ventura counties and has burned through 236,000 acres. It is only 25 percent contained as of Wednesday, according to NPR.

Local ABC affiliate ABC 7 reports: “The original cross was placed on the hill in 1782. Over the years, the original cross and replacements were lost to the elements. The current cross has stood atop the hill since 1941.”

The “Serra Cross has been a point of contention in the past with a potential constitutional lawsuit in 2003 threatening to remove the cross after the city of Ventura was accused of violating the principle of separation of church and state by owning and maintaining the cross,” according to KYET.

Rumors had reportedly circulated over social media that the cross, which has been used as the backdrop for many weddings, had been destroyed.

However, the cross was still standing, though charred from the flames.

Videos and photos have circulated on social media proving