[WARNING: The Following are EXTREMELY GRAPHIC PHOTOS of the Works of the Islamic State During the Final Days of Islam’s Holiest Month–Ramadan].

One series of photos depicted a Syrian man who was sentenced to death in Raqqa for “mocking Islam.” His execution – beheading with a massive blade – was carried out in front of a live audience. A selection of images appears below via the Islamic State’s Telegraph Forum: 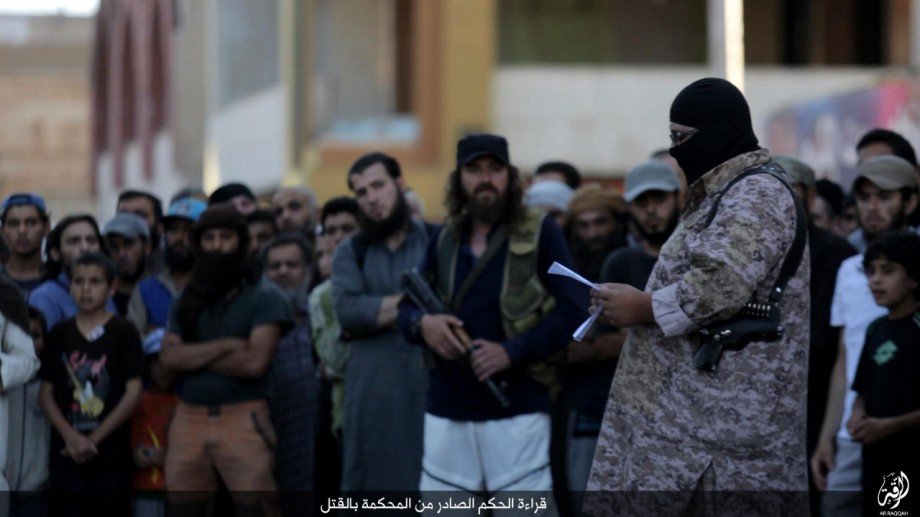 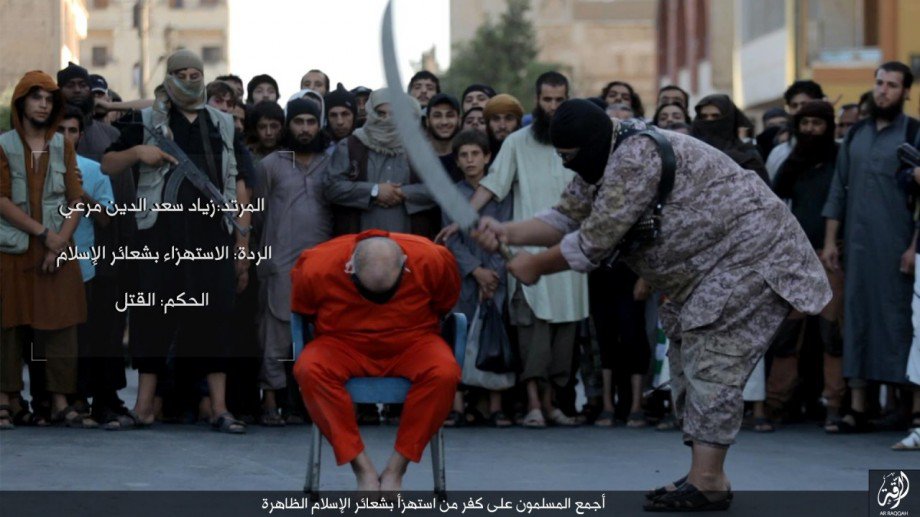 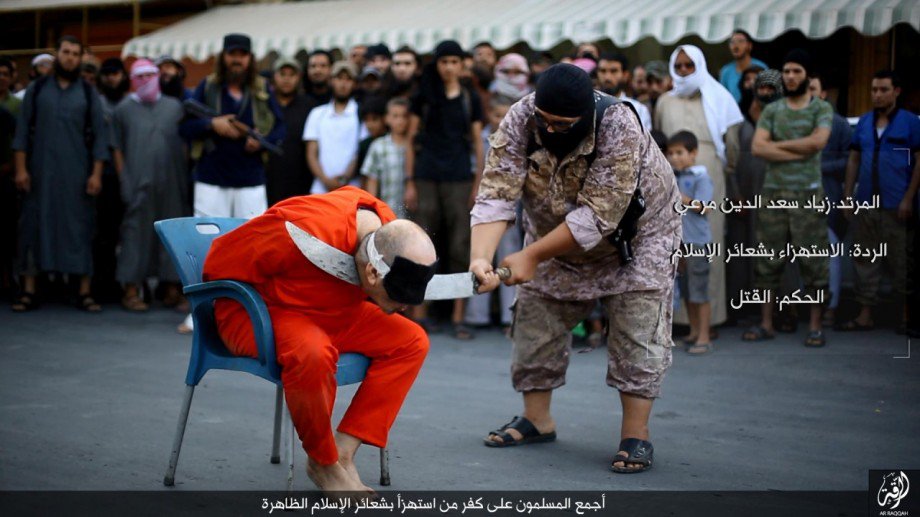 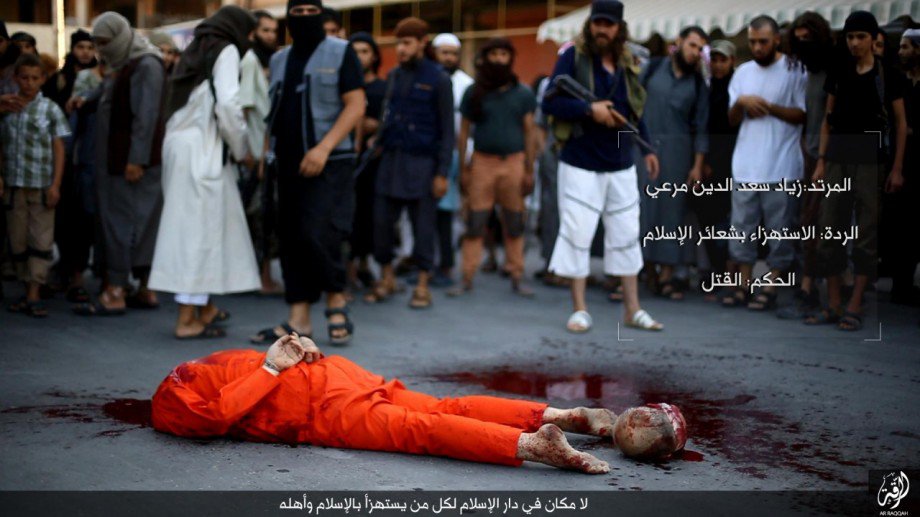 In the nearby Elkheir region, IS gunmen were photographed slaughtering a man who was accused of “pledging allegiance to the infidels,” after his “verdict” was read out in public. 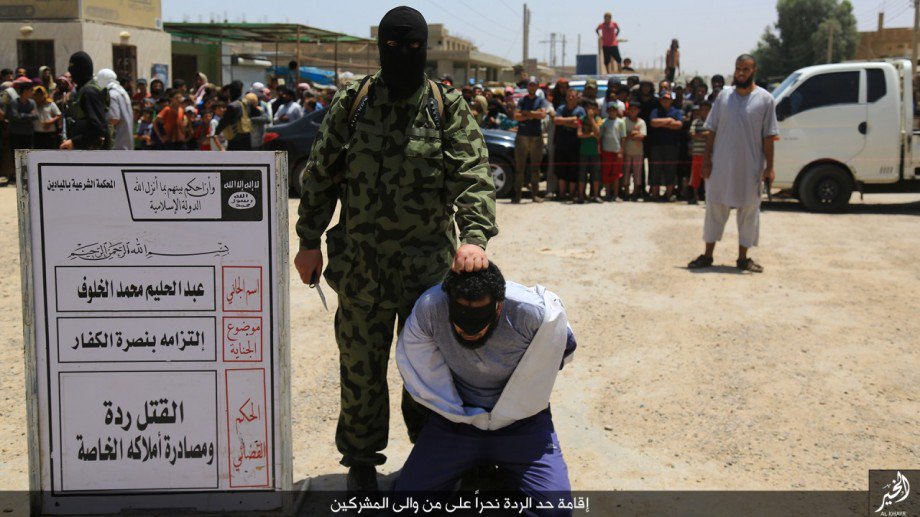 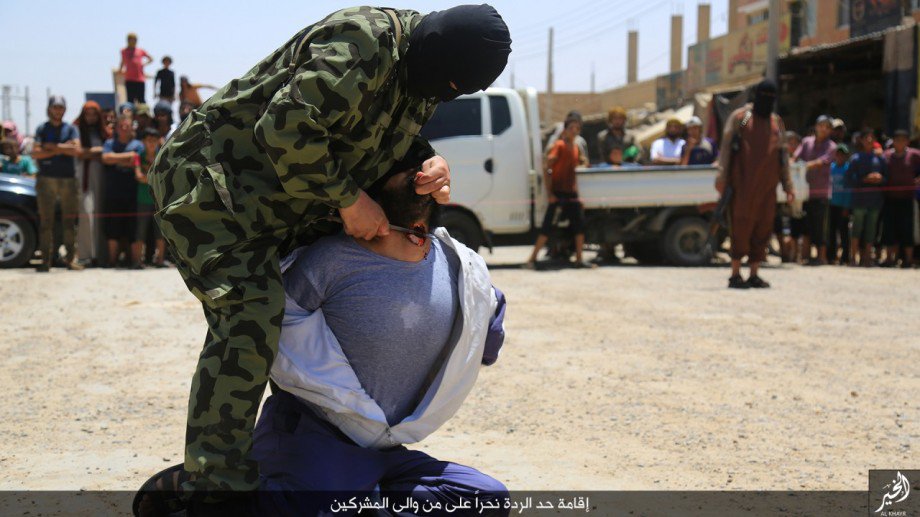 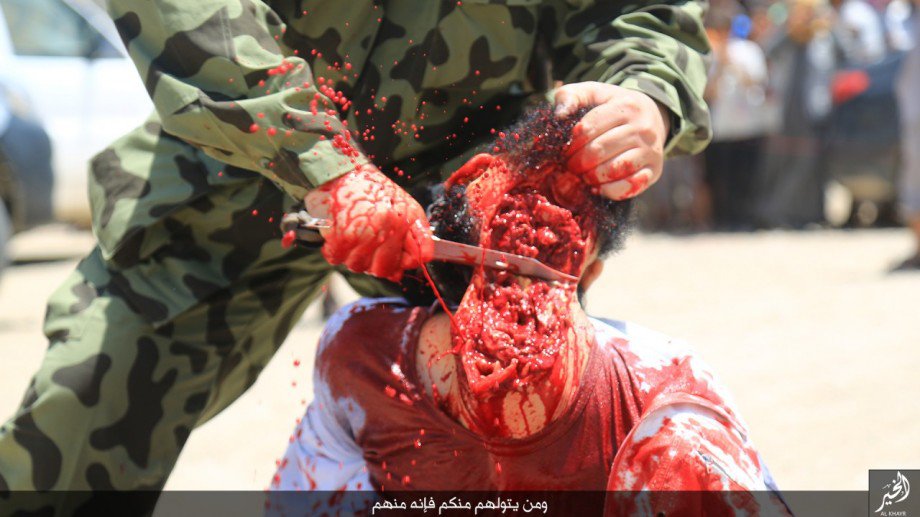 In the town of Bukamal, in Iraq’s Euphrates region, “sinners” who were convicted of violated Ramadan with no religious grounds were seen whipped and humiliated by being made to wear a sign that gave away their offense. 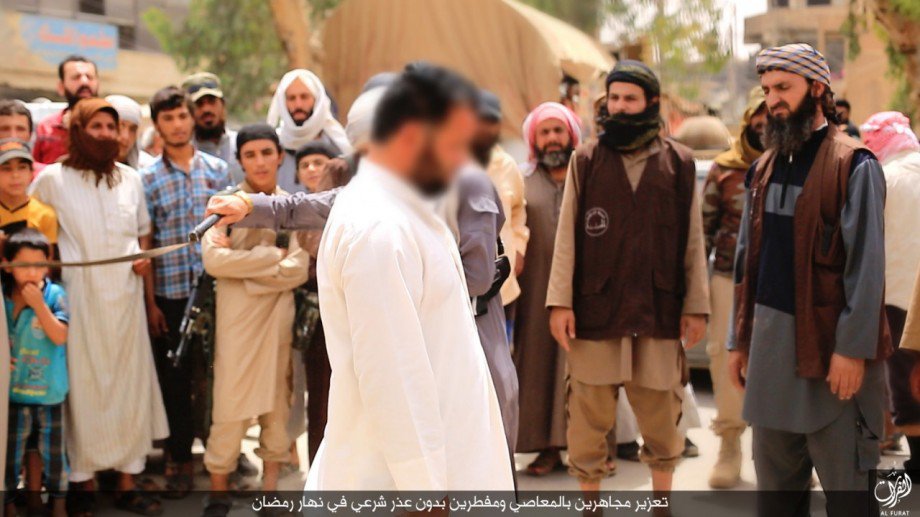 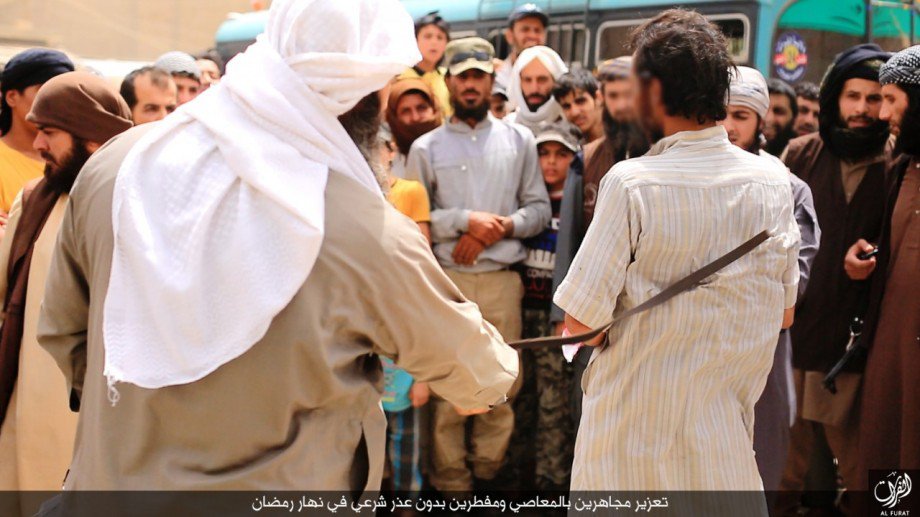 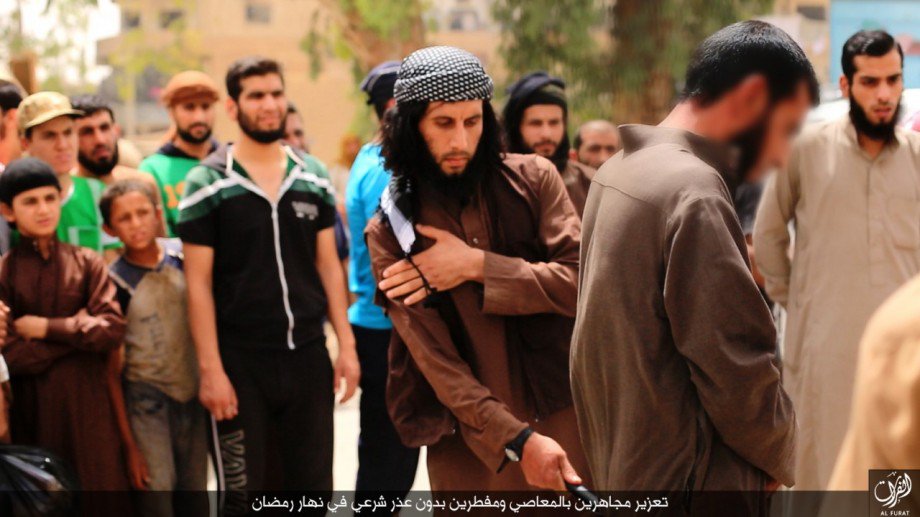 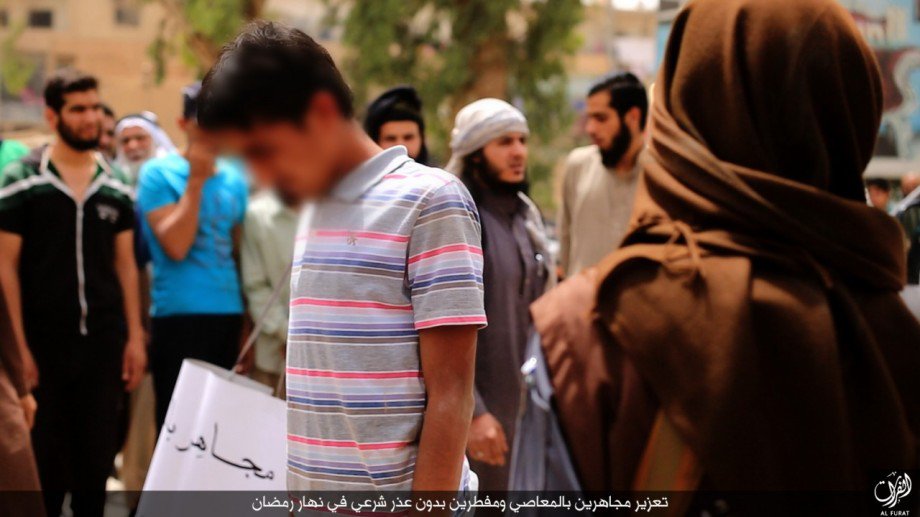 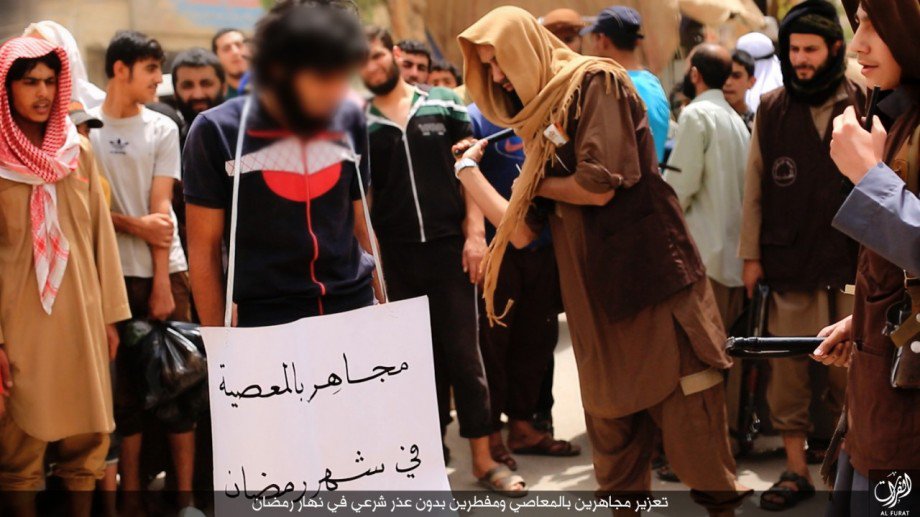 The fighters of the caliphate were also keen to show their merciful side, and released pictures of themselves handing out leaflets explaining to the public how to spend Ramadan’s traditional charity money (Zakat) on the poor, and what the Sharia provisions are on the matter. 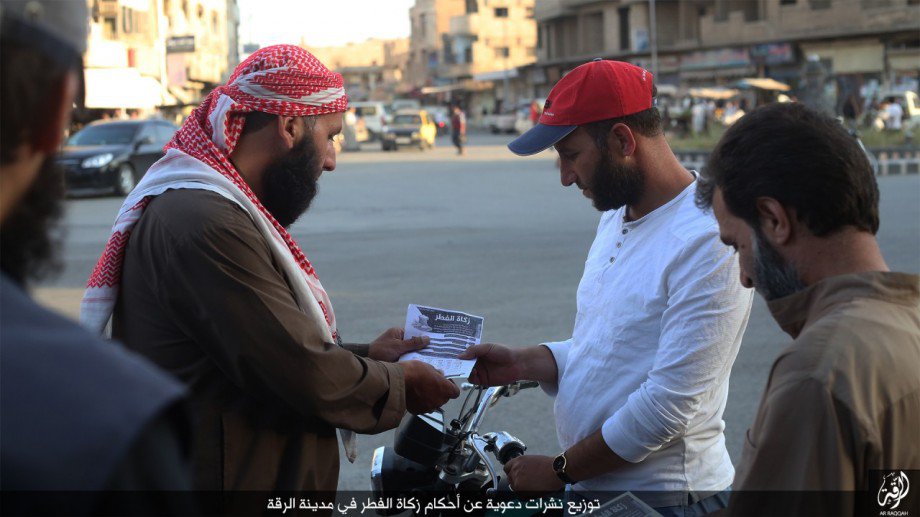 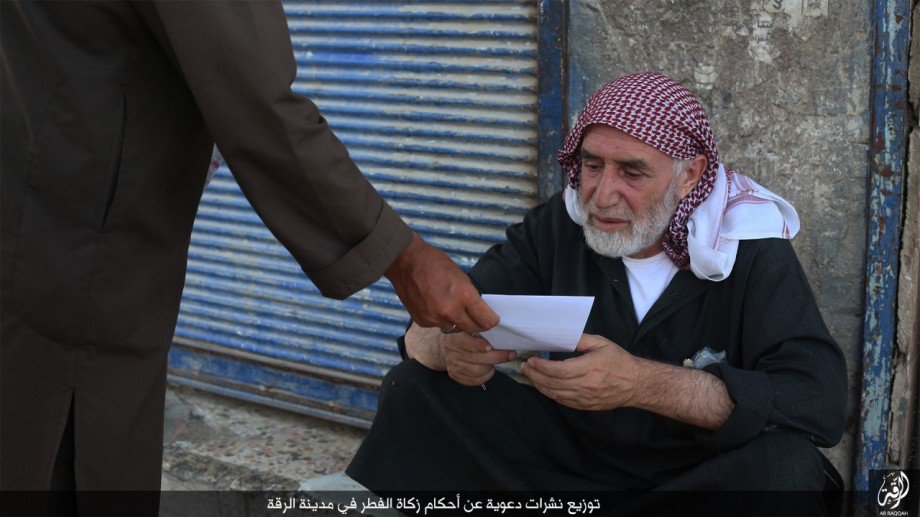 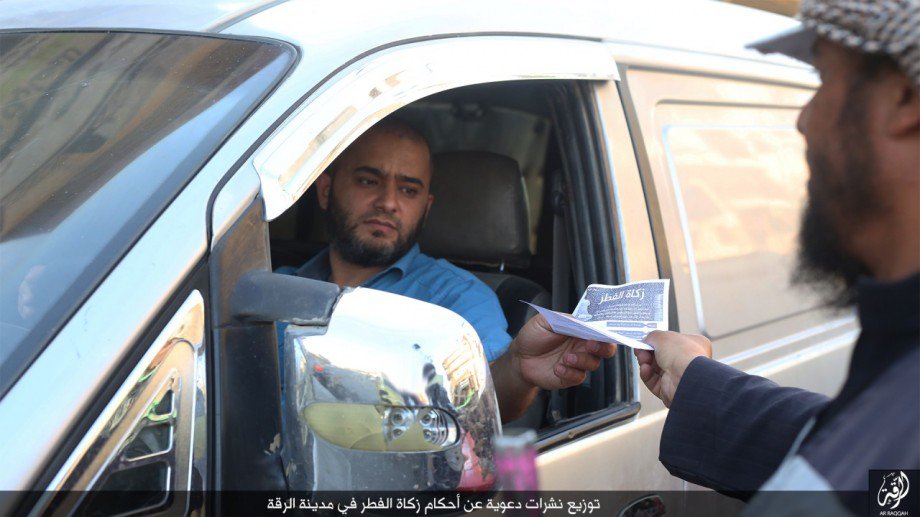