JERUSALEM — A prominent Saudi publishing house published a lengthy investigative piece commissioned from an Israeli journalist, in what the reporter described as an unprecedented move amid improving ties between Israel and Saudi Arabia.

The piece was published in the Majalla magazine, a monthly published by the Saudi Research Publishing Company, a publisher closely affiliated with the Saudi royal family. The London-based institution also publishes A-sharq Alawsat, the world’s most widely-read newspaper in the Arabic language.

The article, “Holding Iran Accountable,” was commissioned from Israeli investigative journalist and author Ronen Bergman (pictured below). It deals with the role of the Islamic Republic in the AMIA bombings in Buenos Aires in 1994 and ends with an optimistic note that perhaps with the ushering of a new era in the United States by the incoming Trump administration, victims of terror attacks who successfully sued the perpetrators will be able to collect compensation for their suffering from frozen assets. 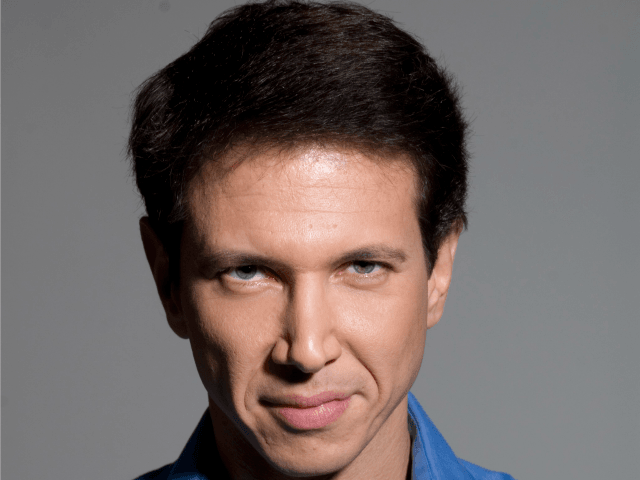 Until now, orphans and widows of victims of terror attacks have won several such cases in the US but the government never took the next stage of collecting compensation money on their behalf.

The Saudi interest in AMIA-related lawsuits comes from a lawsuit filed by the wife of United Airlines 175 pilot Victor Saracini against Usama Bin Laden and indirectly against Iran, alleging that Tehran assisted al Qaeda in preparing the 9/11 attacks that destroyed the World Trade Center towers.

In a conversation with Breitbart Jerusalem, Bergman said both Majalla and A-sharq Alawsat deal with Israel extensively but have until now never commissioned a piece directly from an Israeli journalist.

The London-based Saudi publisher is not directly owned by the royal family but has close ties with it.

Bergman said the paper knew he was an expert on the AMIA bombings and contacted him asking whether he would write a piece on the subject.

A researcher who is an expert on Israel’s clandestine ties with neighboring countries told Breitbart Jerusalem that the publication of the piece is not a simple matter and was surely given the green light by Riyadh.

Israel and Saudi Arabia have over the past year grown closer, mainly on the background of the nuclear deal between world powers and Iran, with which Saudi Arabia is competing for regional influence.

The publication of Bergman’s piece in Majalla is another step in a series of measures showing increasingly warming relations between Israel and the House of Saud.

In July a former Saudi general, Anwar Eshki, visited Israel openly, with reports on the visit published by the media in both countries.

In October, Salman al-Ansari, president of the Saudi American Public Relations Affairs Committee in Washington DC, wrote in The Hill that normalizing relations with Israel would “promote security and weaken extremism in the region.”

Israel, Ansari noted, is “one of the most sophisticated and technologically advanced countries in the field of mining,” as well as being “a world leader in the water engineering industry” making it “extraordinarily qualified to help Saudi Arabia with its ambitious desalination plans.”

But Bergman told Breitbart Jerusalem that apart from the open and public relations which are making headlines over recent months, Israel and Saudi Arabia have been maintaining covert relations through their espionage agencies since the 1960s. Bergman is the author of a forthcoming book on the history of the Mossad set to be published later this year by Random House.

During Operation Rotev in the years 1964-1966 Israel sent assistance to Saudi-backed royalists in Yemen who were fighting insurgents trying to create chaos and a revolution against the royal family there with Egyptian support.

While the Iranian nuclear threat is the main reason for the Saudi overtures, Bergman said that the House of Saud’s aversion to radical jihadist movements capable of threatening Saudi political stability, and the royal family’s hostility to the Iranian-backed regime of Bashar Assad in Syria, are both points where Israeli and Saudi interests intersect.

Finally, as Ansari noted in his piece in October, the countries have room to cooperate on issues of development and economy.