TEL AVIV – Palestinian rioters used an ambulance as a human shield during violent clashes in Ramallah on Saturday, the IDF said.

“The rioters knew that security forces in the field would not employ riot dispersal tactics against an ambulance, and they used it to harm the forces while shielding themselves,” the army said in a statement.

Images released by the army show Palestinians hurling rocks from behind an ambulance. 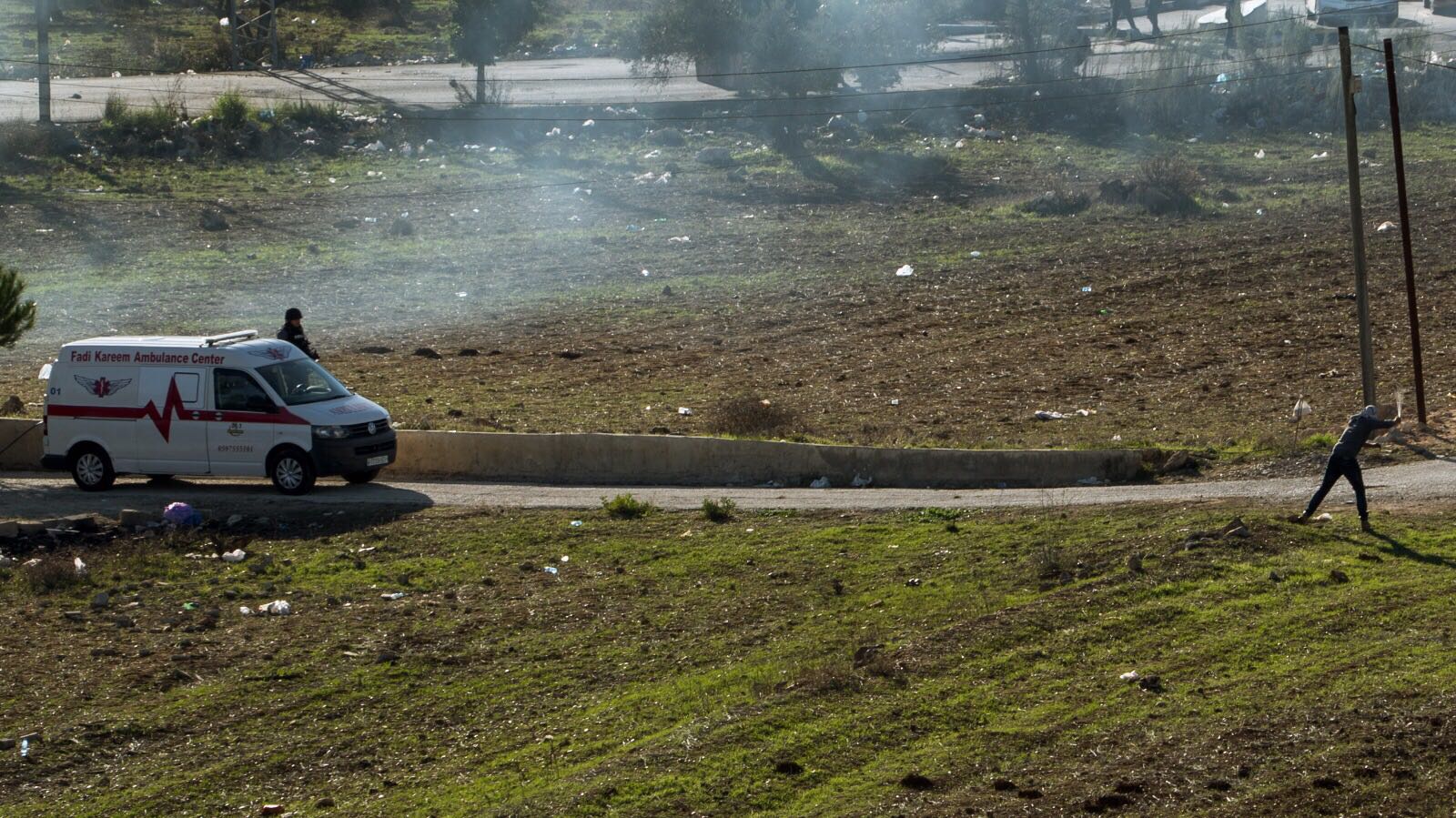 A Palestinian throws rocks from behind the cover of an ambulance during a violent demonstration in Ramallah on December 9, 2017. (Israel Defense Forces)

5,000 Palestinian demonstrators took to the streets in riots at dozens of locations across the West Bank and Gaza after Friday prayers to protest President Donald Trump’s recognition of Jerusalem as Israel’s capital. On Saturday, that number dwindled to the hundreds. Protesters hurled Molotov cocktails, rocks and tires that had been set on fire at Israeli soldiers.

Israeli forces arrested six Palestinians in the West Bank and another six were lightly wounded. Also on Saturday, 13 Palestinians in eastern Jerusalem were arrested for hurling objects at police officers, injuring four.

Terror group Hamas said Trump’s move was a “declaration of war” and called for an Intifada. On Friday, a barrage of rockets was launched into Israel from the Gaza Strip, most of which were intercepted by the Iron Dome missile defense system.

One of the rockets was later found in a kindergarten yard in the southern town of Sderot. The building was damaged but no one was injured because the complex was already closed for the weekend.

Three Israelis were lightly wounded when Israeli-Arab protesters threw rocks at a public bus near the northern town of Ar’ara.

Palestinian Authority President Mahmoud Abbas’ spokesman over the weekend vowed that the “rage” would continue and the Palestinians “would never back down.”

Last week, Abbas warned that Trump’s announcement “will lead to wars without end.”

Abbas’ foreign minister also announced that the Palestinian leader will not meet U.S. Vice President Mike Pence during the latter’s visit to the region later this month in a snub over Trump’s Jerusalem move.