The Metropolitan Police “fully intends” to confiscate flags, banners and other items bearing the insignia of the Iran-backed Hezbollah terrorist organization if they appear at the Al-Quds Day March through central London next month.

Senior officers said the sight of Hezbollah flags on the streets of the capital had been an inflammatory feature of past marches because anti-Israel protesters were able to say they were supporting only the political wing, which previously was not banned.

That loophole was closed in March when the House of Commons voted to ban all wings of Hezbollah, due to its destabilizing influence in the Middle East, classifying the movement as a terrorist organization.

The new law also tightened restrictions regarding the display of the proscribed organization’s flags, granting the police stronger powers to confiscate such items. 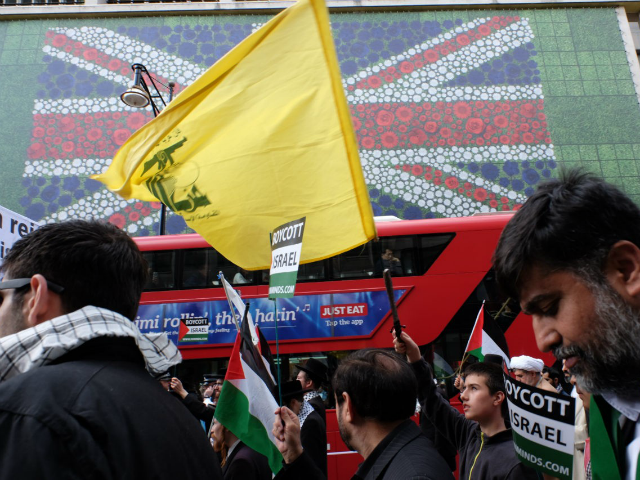 “In previous years we have seen support for the group Hezbollah, including flags, banners and chanting,” said Superintendent Nick Collins in a statement released Tuesday, the Jewish News reports.

“The Metropolitan Police Service is aware of the significant impact that the support for a terrorist organisation can have on the communities of London. It fully intends to intervene to enforce the law, where possible, should any offences be disclosed.”

Al-Quds Day began in 1979, driven by the late Iranian leader Ayatollah Khomeini to call for the State of Israel to be destroyed.

Organisers claim it “unites for the freedom of the oppressed in Palestine and beyond” and it is co-run by the Islamic Human Rights Commission.

Hezbollah is an illegal, anti-Semitic terrorist organisation, designated as a terror organization in its entirety by the Arab League, Bahrain, Canada, France, Israel, Australia, the Netherlands, and the United States.