The first arrests have been made in Iran relating to the downing of a Ukrainian airliner last week, after a third night of angry protests shook the capital Tehran.

At a televised news conference, the judiciary announced the arrests had been made over the military blunder. No specifics were offered on the number of those held, their charges or identities, adding to the sense of official obfuscation that has enveloped the incident since day one.

Even before one witness statement has been taken or any of those accused have been asked to offer a plea, President Hassan Rouhani said the blame for the shootdown of Ukraine International Airlines Flight PS752, “goes back to America.”

“Extensive investigations have been carried out and some people have been arrested,” said spokesman Gholamhossein Esmaili, confirming start of the judicial inquiry.

His announcement came shortly after Rouhani confirmed everyone responsible for the disaster “should be punished must be punished,” as reported by local newsagency IRNA. He said:

For our people it is very important in this incident that anyone who was at fault or negligent at any level face justice. The judiciary must form a special court with a high-ranking judge and dozens of experts… The whole world will be watching.

It cannot be that only the person who pressed the button is at fault. There are others, and I want this to be explained to the people explicitly.

Addressing that crucial issue of fault, Rouhani continued, “the root of all sorrows goes back to America… this cannot be a reason for us not to look into all the root causes” of the air disaster.

The president also demanded officials explain why it took so long for authorities to announce the real cause of the air disaster. 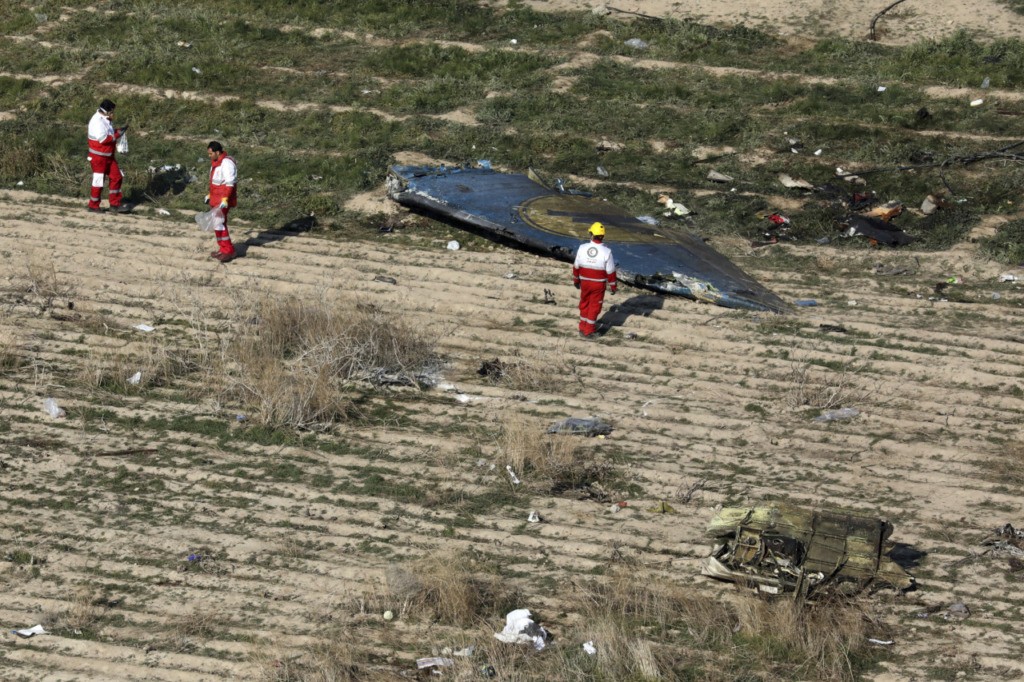 Rescue workers search the scene where a Ukrainian plane crashed in Shahedshahr, southwest of the capital Tehran, Iran. Iran called on the U.S. and Canada to share any information they have on the crash, which killed all 176 people on board. (AP Photo/Ebrahim Noroozi)

“But more important than anything else, in my opinion, is that our people must be assured that this incident will not be repeated.”

The judicial investigation began as protests continued to roil the streets of the capital Tehran on Monday night and the Iranian regime once again blocked Internet access in an effort to control mass protests, as Breitbart News reported.