Palestinians rioters clashed with Israeli forces in the West Bank city of Hebron over construction at the Tomb of the Patriarchs to make the site wheelchair accessible, a move Palestinian officials have called a “war crime” that merits the launch of a bloody third intifada.

Last month, Israeli Defense Minister Benny Gantz approved the plans, which include installing an elevator and a wheelchair accessible path. The proposal to make the place disabled accessible would service both Jewish and Muslim pilgrims to the holy site, which is the burial site of the biblical patriarchs Abraham, Isaac, and Jacob and matriarchs Sarah, Rebecca and Leah, revered by adherents of both religions.

However, on Thursday local mosques in Hebron called on worshipers to come out in protest at the site a day later.

Israeli Border Police troops fired stun and teargas grenades at the rioters, the Times of Israel reported. There were no injuries reported. 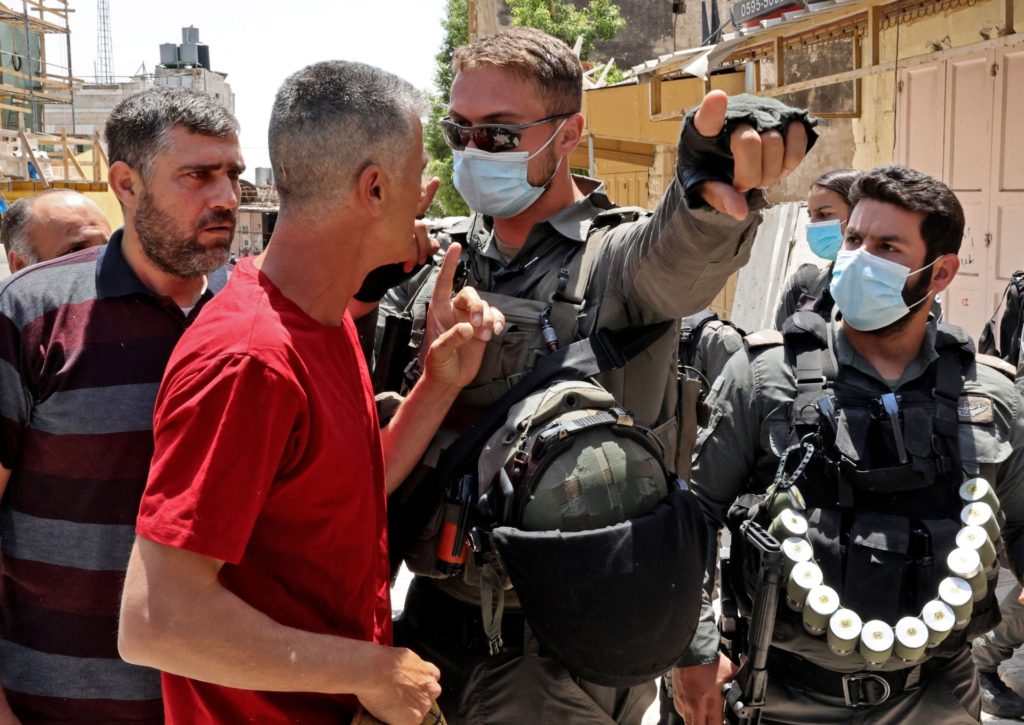 Israeli security forces argue with Palestinian worshippers during a demonstration following the Friday prayers at the Ibrahimi mosque (Tomb of the Patriarchs) denouncing Israeli construction plans at the site, in the city of Hebron. (HAZEM BADER/AFP via Getty Images)

“The Tomb of the Patriarchs is a sacred and historic site, and in the 21st century it is impossible for such an important site for Jews and Muslims not to be accessible to all populations, regardless of religion, race, or gender,” Gantz said.

The Hebron municipality and the Islamic Waqf, which oversees Muslim holy sites in the Palestinian territories as well as the Temple Mount in Jerusalem, have expressed outrage at the project, claiming that it precluded the expropriation of Palestinian land.

The Tomb of the Patriarchs has been the site of numerous Palestinian terror attacks.

At the time the proposal was released last September, Palestinian Authority Foreign Minister Riyad al-Maliki said constructing the elevator and “harming the Ibrahimi Mosque [Abraham’s burial place] constitute[d] a war crime and a violation of all the international laws,” the PA’s official al-Hayat al-Jadida daily reported last month according to a translation by monitoring group Palestinian Media Watch.

Al-Maliki noted the plans on the holy site proved “the occupation is attempting to strengthen the colonialism, occupation, and forgeries that it is committing on our land, our heritage, and our history.”

PA’s Supreme Shari’ah Judge Mahmoud Al-Habbash similarly “condemned the occupation government’s decision to allow the settlers to build an elevator inside the Ibrahimi Mosque in Hebron,” an August 4 report by the PA’s Wafa news agency said.

He described Israel’s activities at the Tomb as “tantamount to igniting a religious war in the region and in the world” and warned the Jewish state’s “aggression” and “arrogant behavior” will come at a cost.

“The Palestinians are prepared to do anything,” Al-Habbash warned at the time.

Both Al-Habbash and Al-Malki called on UNESCO to intervene, claiming that the site is exclusively an Islamic heritage site with no connection to non-Muslims. The site is actually considered the second holiest in Judaism after the Temple Mount. 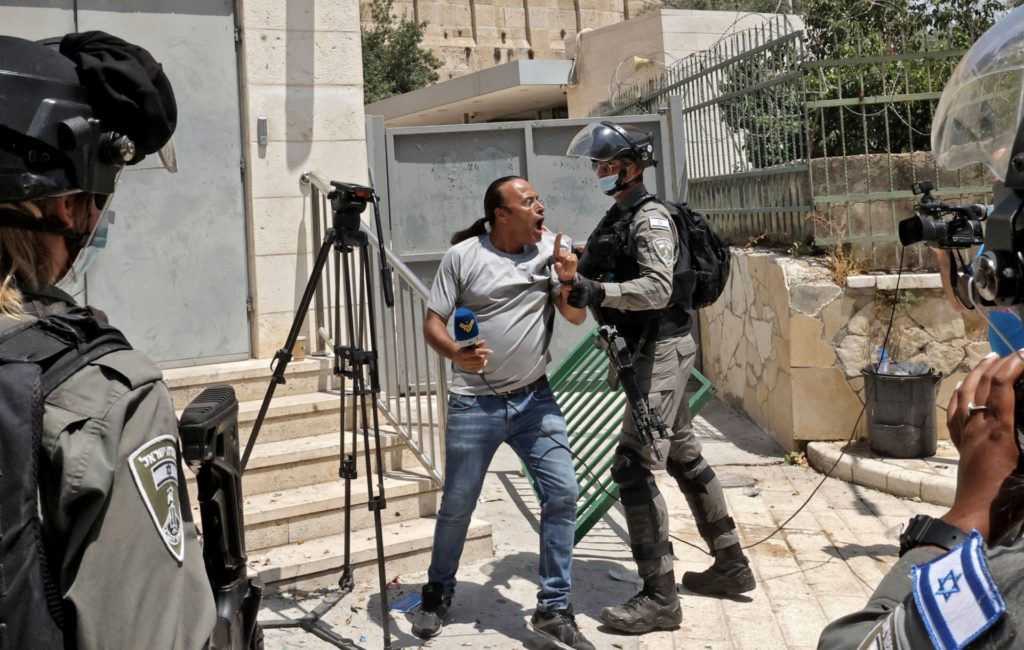 A member of Israeli security faces off with a reporter for Lebanese Hezbollah’s al-Manar TV covering clashes with Palestinian protesters at a demonstration following the Friday prayers at the Ibrahimi mosque (Tomb of the Patriarchs) denouncing Israeli construction plans at the site. (HAZEM BADER/AFP via Getty Images)

PLO Executive Committee member and head of human rights Ahmed Tamimi also called for violence over the move, saying that “hundreds of thousands of martyrs” had sacrificed themselves in the fight against the “Zionists.”

“The Palestinian people doesn’t lack means to defend itself, its homeland, and its holy sites if the international community will continue to be negligent in upholding its obligations,” Tamimi said.

“The Palestinian revolutions and intifadas throughout the generations are proof of the Palestinian people’s willingness to go to the furthest extremes in order to defend its right and basic principles,” he added.

The PA officials’ outlandish claim the tomb is purely a Muslim site is strengthened by the fact UNESCO itself deemed the site to be under the “State of Palestine” in a 2017 decision that then-U.S. envoy to the U.N. Nikki Haley condemned as an “affront to history.”