President Ebrahim Raisi called the attack an attempt to make the Iranian people “angry” by “creating disorder and disruption,” but it claimed failed because his government handled the situation smoothly.

That certainly was not the view of frustrated Iranians trapped in long lines at gas stations while hackers flashed taunting messages at them through pump displays and street signs, as AFP described the scene:

Tuesday’s disruption had an unprecedented impact because it blocked the IT system that allows Iranians to fill their tanks for free or at subsidized prices with a digital card issued by authorities. “I don’t want to talk. I am in a bad mood,” said one motorist, in her thirties, sitting in her car chain-smoking cigarettes and hoping that the fuel pumps would soon be turned back on.

On social media, others complained about having to abandon their cars because they couldn’t get petrol.

“What a pain. At the same time the systems were hacked my car broke down in the road,” one Twitter user, Sabour, tweeted from the city of Yazd.

The number 64411 is associated with a hotline at Supreme Leader Ayatollah Ali Khamenei’s office that answers questions about Islamic law. An alleged cyberattack on Iran’s railroad system in July involved the same message.

Some cybersecurity experts believe the July attack was the work of a hacking group called Indra, the name of the Hindu god of war. The same group has conducted cyberattacks against the Iran-supported regime of Syrian dictator Bashar Assad.

According to videos posted on social media, attackers were also able to hack street signs and cause them to display messages like “Khamenei, where is our gasoline?”

Iranians are very sensitive to the price of gasoline, which is heavily subsidized by the regime and sold to consumers at remarkably low prices – the equivalent of less than 41 cents a gallon for most drivers.

Tuesday’s alleged cyberattack may have been linked to the upcoming anniversary of the November 2019 fuel riots, a protest that broke out when subsidies were reduced, and retail gas prices surged by 50 percent or more. The Iranian regime responded with a brutal crackdown that killed hundreds of people, many of them unemployed young men. 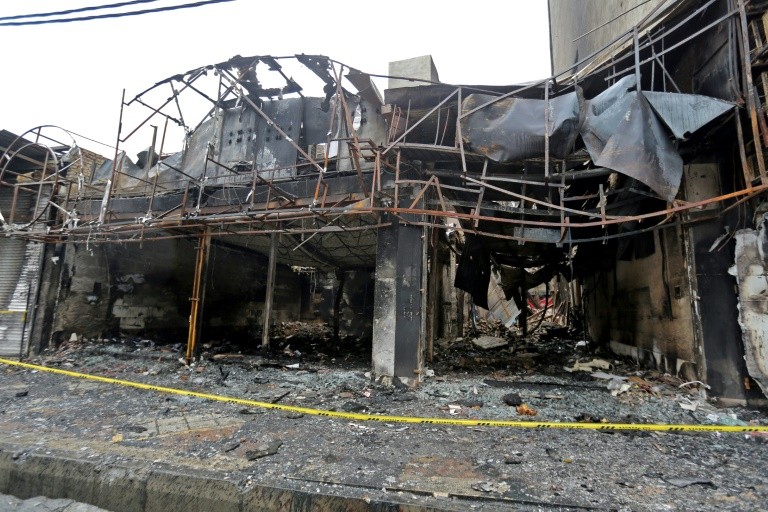 Shops that were destroyed during demonstrations against petrol price hikes are pictured on November 20, 2019, in Shahriar, west of Tehran. (Atta Kenare/AFP via Getty Images)

Al Jazeera News noted that when some gas stations reopened after the cyberattack, they were unable to process the “smart fuel cards” normally used for gasoline purchases, so they sold gas for roughly double the normal price until the system was completely restored.

It may also be relevant that Tuesday was the birthday of Mohammad Reza Pahlavi, the last shah of Iran. Pahlavi fled the country after the Islamic Revolution overthrew his government in 1979 and died of cancer in Egypt a year later. Iranians opposed to their brutal theocracy often profess nostalgia for the shah and denounce the Islamic Revolution as a terrible mistake.

Iranian state media relayed confirmation from the Supreme National Security Council that a cyberattack against the “petrol distribution computer system” took place and said the incident was still under investigation but offered few other details. Iran’s Fars news agency asserted the cyberattack was the work of “counter-revolutionary media” exploiting the anniversary of the fuel riots.

Iranian Supreme Council of Cyberspace secretary Hassan Firouzabadi claimed the cyberattack was “probably” sponsored by a foreign power. He said it was “too early” to name the sponsor. Iran usually blames cyberattacks on Israel and/or the United States.

On the other hand, former deputy telecom minister Amir Nazemy noted in a social media post that the gas station system is “an exclusive network, and this sort of communications were not on the Internet,” implying that the attack could have been an inside job conducted with the assistance of Iranians who have access to the sealed system. 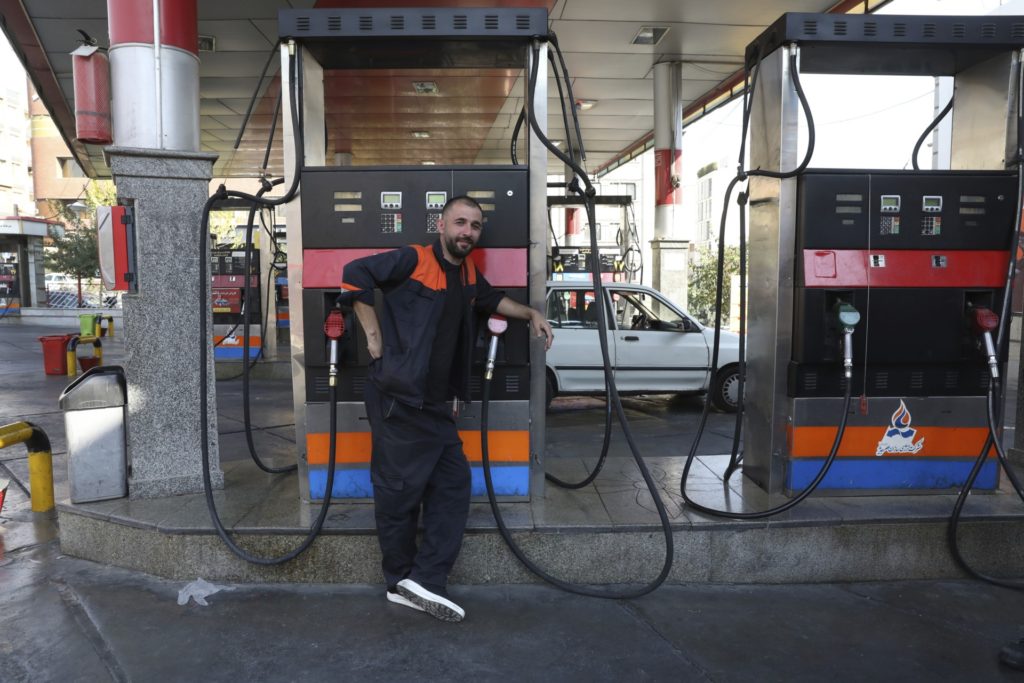 A worker leans against a gasoline pump that has been turned off, at a gas station in Tehran, Iran, October 26, 2021. (AP Photo/Vahid Salemi)

President Raisi gave an angry speech to his cabinet on Wednesday, in which he claimed the attack was deftly handled by his government.

“Not only were the officials not confused after the cyberattack, but they handled the situation immediately, and people also demonstrated their alertness in confrontation with this problem and vigilantly prevented anybody from misuse and opportunism,” Raisi said.

“There should be serious readiness in the field of cyberwar and related bodies should not allow the enemy to follow their ominous aims to make problems in trend of people’s life,” he urged.