The deputy chairman of the Democratic National Committee wore a T-shirt which urged opposition to national borders around the United States, as he walked in a May Day parade in Minneapolis, Minn.

“Yo No Creo En Fronteras,” said the shirt worn by Rep. Keith Ellison, a Muslim who is also the vice-chair of the Democratic Party’s progressive caucus. The slogan means “I Do not Believe in Borders,” and it is being pushed by open-borders groups.

A 2012 Gallup poll showed that 150 million poor people want to migrate into the United States. One organizer of the 1,500-person April “caravan” from Honduras to the United States border told CNN that “the caravan is just a drop in an ocean of people trying to escape violence in Central America.”

The phrase is being marketed by a Los Angeles music group, Las Cafeteras, whose mixed Spanish-and-English songs urge the removal of Americans’ borders with other countries.

I don’t believe in borders,

I don’t believe in borders,

If I was President, well, there’d still be drama
Takes a village to heal our generational trauma
So, shake your spine, put your hands up high
We got a different kinda party in the White House tonight

The group cheers for Pancho Villa:

In 1910 it was Mexican men
with Pacho Villa and Zapata
fighting for earth, freedom, and roof
with Adelitas on the front line
with bullets accross their chest

Ellison’s T-shirt highlights the Party’s growing reliance on a fringe coalition of migrants and ethnic separatists to provide extra voting power — and cheap labor — for their mixed leadership of post-graduate progressives and new-industry business executives. The demands of that alliance are opposed by many Americans, who fear the imposed cultural variety, or diversity, will make it harder for ordinary Americans to control their economy, culture or politics. 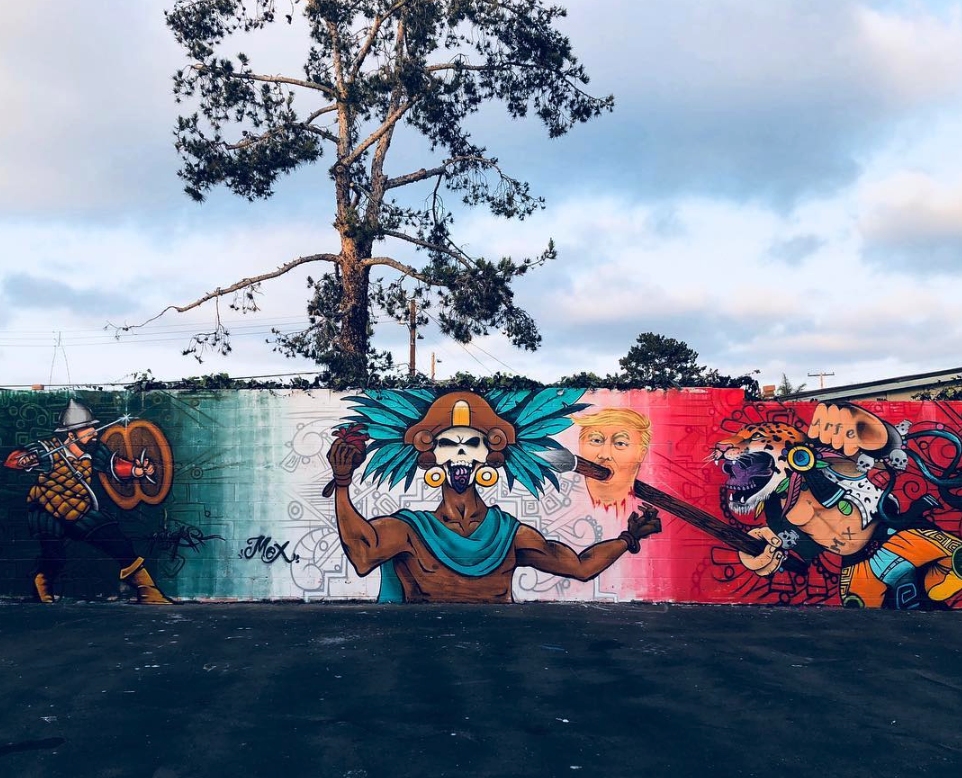