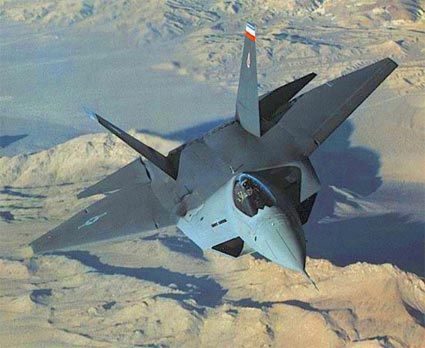 Proud, unrepentant Puerto Rican terrorist Carlos Torres was quietly released on probation from federal prison this week after serving 30 of a 78 year sentence and reunited with his fellow convicted terrorist mother, Alejandrina Torres and convicted terrorist wife, Haydee Torres. At this point it appears, though not yet confirmed, Torres’s release was in accordance with a standard parole formula and not a result of government intervention like the craven 1999 Clinton / Holder clemency grant to 16 of his FALN and Macheteros comrades.

Granted the other secretive releases including the 1999 clemencies and recent Lockerbie bomber, I am still doing my due diligence to confirm this point.

In any event, like 1999, Torres was inexplicably released without divulging information that would have solved many of the 130 plus unsolved FALN bombings including the attack that killed my father, Frank Connor.

Torres was a leader of the Puerto Rican Armed Forces for National Liberation (FALN) the most prolific terrorist group to wage war against the citizens of the United States. The FALN attacked us with more than 130 bombings between 1974 and 1983, maiming scores and killing 6 including our father 33 year old Frank Connor at the infamous January 24, 1975 lunchtime attack on historic Fraunces Tavern, NYC.

Frank Connor, the only child of immigrants to this country, was raised in the working class neighborhood of Washington Heights, Manhattan (not far from many of the FALN members), got a clerks’ job out of High School at the prestigious Morgan Guaranty Trust Company (now JPMorgan) through his mother Margaret who was a cleaning lady there.

In the eyes of the arrogant, sociopathic, punks of the FALN, this city kid who married, started a young family and earned his college degree at night, committed the mortal sins of working for a bank and attending a business lunch with clients. Torres and his comrades anointed themselves Frank Connor’s judge, jury and executioner. To quote the first line of the FALN communiqué found at a phone both near Fraunces, “We, FALN, the Armed Forces of the Puerto Rican Nation take full responsibility of the especially detornated (sic) bomb that exploded today at Fraunces Tavern with reactionary corporate executives inside.” Please see the attached communiqué from January 24, 1975.

No one was ever specifically convicted of the Fraunces murders. However Torres and 7 of his FALN comrades were apprehended in 1980 in a stolen van filled with weapons while in the early stages of executing an armed robbery in Evanston Ill. Torres and company were convicted of among other things, seditious conspiracy and weapons possession. Like his terrorist brethren, he refused to defend himself at trial claiming the US had no jurisdiction over him but did argue that they, the FALN, were no different from America’s founding fathers, like George Washington, to which Judge McMillan retorted: “Perhaps, but if the British had caught Washington they would have shot him.” Further, George Washington and our founders did not kill innocent civilians in London or anywhere else during our fight for independence.

As Rick Hahn, retired FBI Special Agent in Charge of the FALN investigation points out in his upcoming book detailing the heart stopping investigation, apprehension, conviction and reprehensible releases of the FALN, the “Economics of Law Enforcement” precluded the extradition of the terrorists from Illinois to New York to face trial for the Fraunces murders or the scores of other attacks. After all, Torres and the rest of the FALN were sentenced to 55 to 78 years in prison. They were essentially gone for life, and death. Who would ever release the likes of them? The economics of the early 1980s would not allow for the expense of “redundant” trials in NY.

As was the case in 1999, and in violation of the victims rights and restitutions act, our family was not consulted nor even advised prior to his release. Once again, that is a disgrace. Thank you, Mr. Holder.

Torres, undoubtedly had direct knowledge of and likely personal involvement in most if not all of the bombings including the 6 murders. Under the law, all members of a conspiracy are equally culpable for the crimes others within that conspiracy commit. Therefore Carlos Torres is a murderer at least to the same extent as bin Laden. Neither was accused of placing the bomb (though Torres may have) nor flying the plane, but both were leaders of their conspirators and therefore guilty.

Had the Federal Government demanded specific information from Torres regarding FALN murders our family may have finally gotten some sense of acknowledgement and closure. Please be diligent and strong in our resolve to make sure FALN founder and patriarch Oscar Lopez, who is still incarcerated is never released.

When we hears the cries pushing for convicted FALN terrorist and fugitive William Morales, who has been a guest of the Castros in Cuba since the mid 1980s, safe return and amnesty in the US, please join with me in rejecting these treacherous pleas from the “useful idiots” and make your voices heard to your representatives, through the media and internet.

The FALN are murders, still sworn to destroy our country. They have kept their heinous secrets for almost 40 years. We had the chance to force Torres to break those secrets but once again failed. To quote Rick Hahn, “Secrets are the life blood of conspiracy.”